“Barrels are Overrated” is a term that came about in 2017 via Chris Taylor. In an interview on Off Air with Joe and Orel, Taylor was asked, “Chris, what is the origin of Barrels are Overrated because it now seems to be a thing literally on every hit that you get, including [a] 108 mile per hour home run last night”?

Taylor replied with, “Yeah, so that started in seventeen [2017], and I had one game against the White Sox, and I got four hits in that game, and not one was on the barrel. I think I had a broken-bat hit. I had a swinging bunt, a little blooper off the end, and I think after my third or fourth hit I looked in the dugout at JT [Justin Turner], and I did the handshake, like ‘If you see my thumbs at home plate can you pick ’em up for me?’ and it just kind of took off from there, and then I think that playoffs was when it kind of caught wind”.

As they say, “a hit’s a hit”, and Turner has been one of the Dodgers to wear this BreakingT t-shirt. You can get his “Barrels are Overrated” t-shirt on BreakingT from $24.00 to $29.00, depending on the size.

You can also get Turner’s “Kinda Busy Right Now” t-shirt, which was created in response to his attempt at the #ImBusyRightNow TikTok Challenge in 2021, and “L.A. Hyenas” and “Legend of Chico” t-shirts on BreakingT from $24.00 to $32.00, depending on the size and style. 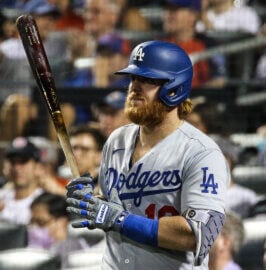 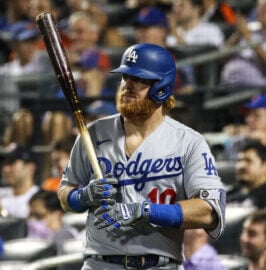 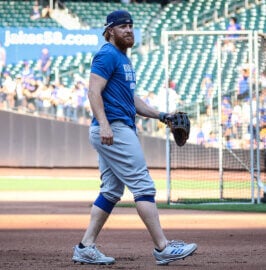 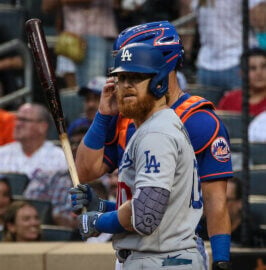 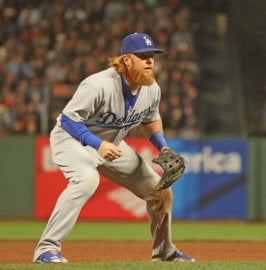 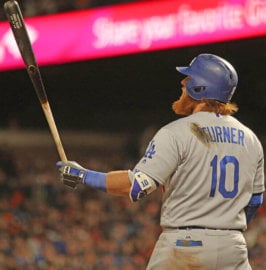 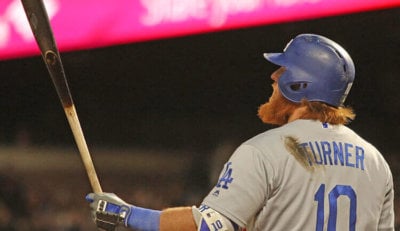