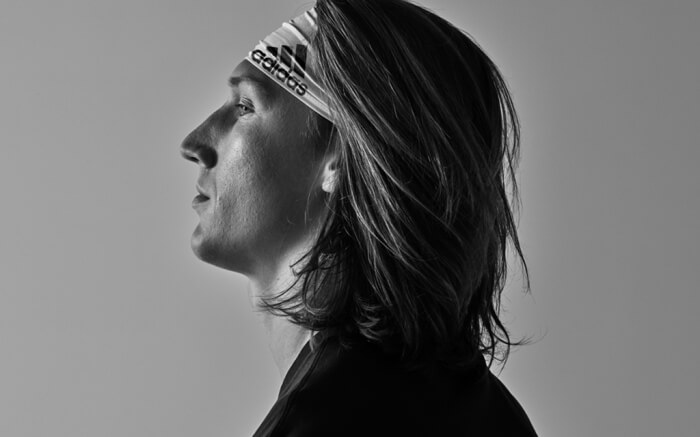 Now that some of College Football’s biggest superstars have been drafted into the NFL, lets look at the gear they’ll be wearing. Before we begin on their individual Lockers, let’s take a look at where some of the biggest names have taken their talents – brand-wise. Some of these guys are rolling with what they wore in college and some are switching it up. Check it out below.

It’s really no surprise Trevor Lawrence has joined the Three Stripe Life. T-Law wore Adidas in high-school (Cartersville High School) and has been vocal about his love for the brand since. Check out this tweet from 2016 where he declares Adidas makes the best shoes and gear (with a couple of ‘fire emojis’.

When Trevor went to Clemson, he was forced to wear Nike (since they are signed with Nike), but was seen wearing Adidas shirts, shorts and shoes on his own time, when not associated with Clemson. He will join other super-star quarterbacks, Aaron Rodgers and Patrick Mahomes, in the Adidas Family. In a press release, Trevor talked about his excitement about joining Adidas, “I’ve always been a fan of Adidas and I’m excited to join the team as I take the next step in my career. Adidas’ brand attitude of ‘Impossible Is Nothing’ is a message that really resonates with me both on and off the field. We are building for the future and I can’t wait to see what lies ahead with this partnership.” Can’t wait to see Trevor rock some teal/gold/black cleats at the next level with the Jaguars.

The 2nd overall pick, Zach Wilson has joined the Nike Family. The BYU superstar wore Nike in college and was incredibly successful throwing for 7,600 yards and 56 TD’s in 3 seasons. Zach’s path to the NFL was only possible because of his extreme work ethic and Nike highlights that in their new commercial:

He will join the stacked Nike team along with NFL stars like Russell Wilson and Josh Allen. Zach wore the Nike Vapor Edge 360 Pro in college and we expect him to bring them to the Pros, but this time, in Jets green and white.

Trey Lance is the 2nd quarterback on this list to join the Nike Family. Trey Lance rocked the swoosh in college at North Dakota State and has agreed to bring it to the pros. The 3rd overall pick is a certified baller and will fit right in with the Nike fam and guys like Lamar Jackson and Deshaun Watson. Trey wore a combination of Nike Vapor cleats in college and I’m sure he’ll continue wearing them at the next level.

Kyle Pitts is the only player from the 2021 draft to join the Jordan Family. It is incredibly rare to see a player who hasn’t played an NFL snap join Jordan Brand. Jordan is extremely picky with who they let in. The only other player to join as a rookie was Dwayne Haskins. In my opinion, Jordan brand would be the coolest brand to join because of the exclusive, PE cleats and gloves (player exclusive – gear created to the exact specifications of the athlete), free Jordans (of course) and just joining that exclusive fraternity. Kyle wore Jordan branded gear at Florida which is one of only five college football programs to be sponsored by the brand. It’s safe to say he’s already comfortable in the gear and he’ll join an amazing Jordan roster with guys like Stefon Diggs, Stephon Gimore and Jamal Adams. For this season, Jordan athletes are getting Jordan 5 cleats and I can’t wait to see what Kyle and the Jordan design team come up with, especially being able to use the Falcons black and red (Bred) color scheme.

Ja’marr Chase was one of the first NFL draft prospects to sign with Nike. I don’t think there was ever a doubt in Chase’s mind that he was going to sign with them. Chase wore Nike in college at LSU, one of Nike’s biggest schools and had an amazing career with them, racking up nearly 1,800 receiving yards and 20 TD’s in his sophomore year, en route to a national championship. Chase wore a collection of Nike Vapor cleats including some OBJ PE’s gifted to LSU by the man OBJ himself. A flashy guy like Chase will most definitely bring the heat in the pros.

Jaylen Waddle joins the elite list of NFL wide-outs to wear Nike. Waddle wore Nike at Alabama, one of the biggest schools on Nike’s list. This one caught me by surprise because it seems the big-name burners join Adidas. For example, 4.2 40-yard dashers Tyreek Hill and Henry Ruggs III (another Alabama WR alumni) both lace up Adidas. Adidas is notorious for having the most light-weight gear and they leverage that by investing in speed. But Waddle is sticking with the swoosh and joins other former Bama WR’s, Amari Cooper and Calvin Ridley on the roster. Waddle wore a couple different Nike Vapor models at Bama and will likely wear the same in the pros, this time in Dolphin’s aqua and orange.

Sewell is one of the most highly touted lineman prospects to come into the league since Quenton Nelson. Sewell has chosen to stick with the Swoosh after rocking it at Oregon aka Nike University for three years. Nike is really the only brand that designs and builds cleats for the big boys “in the trenches.” Sewell wore the Nike Force Savage Pro 2 and will likely continue to wear them with the Lions.

Devonta is the first football player, to my knowledge, to sign with Dick’s Sporting Goods. The reigning Heisman winner signed with DSG to partner with them on a new men’s apparel brand, VRST which will be sold exclusively at Dick’s Sporting Goods. This offers Devonta the unique perk of wearing Nike, Adidas, Under Armour or anything else DSG sells, on gameday. This may explain why he was seen wearing Adidas gloves and Nike cleats at his Alabama Pro Day. Devonta talked about why he signed with DSG/VRST –  “With VRST, it was honestly the clothes. When I first tried it on, it was comfortable. I felt good in it and it’s all about the style, the comfort and performance.” Devonta took a unique route and it’ll be exciting to see what gear he ends up wearing at the next level. Check out the VRST gear here.

Kadarius Toney, aka the Joker, has signed with Adidas. KT4 is the closest thing to lightning in a bottle and is an incredible playmaker. He can line up out wide, in the slot or even in the backfield and burn you for six. He fits the mold for Adidas athletes – speedy and elusive. He wore Jordan in college at Florida but will be wearing the three stripes at the next level!

Najee Harris has joined the Nike Family. Najee wore Nike at one of Nike’s biggest schools – Alabama. Najee is coming off an incredible season, amassing 1,800 yards and 30 Touchdowns. Najee wore Nike’s most premium Vapor cleat, the Nike Vapor Edge 360 Elite, in college and will likely continue wearing it into the NFL.

Travis Etienne will be wearing Adidas gear in the NFL next season. He joins an elite group of NFL RBs to be signed with the Three Stripes. Alvin Kamara and Aaron Jones both wear Adidas cleats and gloves. Along with Etienne, former Clemson teammate and now Jaguar teammate, Trevor Lawrence is an Adidas athlete. We are going to see plenty of Adidas cleats in the Jaguars backfield this upcoming season!

Other Athletes signed with Nike

Other Athletes signed with Adidas

So there you have it! As we write this, there are a few notable athletes who have yet to sign to a brand (Justin Fields, Mac Jones, Jaycee Horn and some other big-name guys). It seems like the equipment game is just Nike and Adidas now that Under Armour is slowly phasing out. We will have lockers on these guys soon so stay tuned! 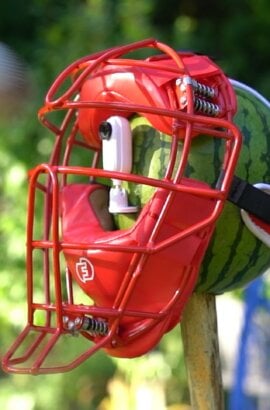