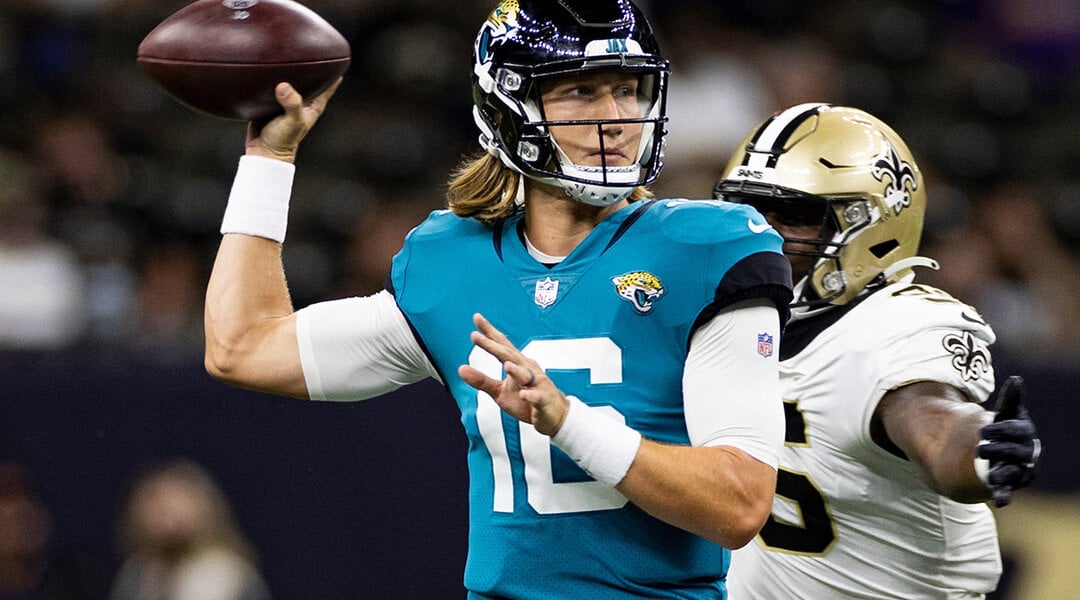 What are the 2021 1st Round Draft Picks wearing? | Helmets, Cleats & Gloves

The NFL pre-season is underway and we’re getting our first look at the 2021 Draft Class in action. We already covered what brands some of these future superstars are signed with but now we’re going to dive into the specifics. We’ve researched what each of the 32 first round draft picks is wearing. This research provides us with valuable insight on what gear some of the worlds best are wearing on the field. In this article, we’ll be focusing on the most popular helmets, cleats and gloves.

We’re gonna kick things off with helmets. Helmets are arguably the most crucial piece of equipment for a football player. During the game of football, players are going to get hit in the head, a lot. That’s just part of the game but the job of a helmet is to absorb that contact and protect your brain from both short term and long term injuries. Helmets are getting more and more innovative each year so let’s see what these guys are wearing.

Riddell has been the leader in football helmets for a very long time and this year is no different. Twenty-five of the thirty-two First Round Picks are wearing Riddell, all 25 in the Speedflex. The Speedflex debuted in 2014 and has been the most popular helmet in the NFL since. It has top of the line safety ratings (check our Top 5 NFL & NFLPA Helmets article) and has a very sleek design. The Speedflex’s outer shell has a unique, hexagon panel that ‘flexes’ to absorb contact. For the inner padding of the helmet, Riddell has a couple different options for players; the diamond, the precision fit, the diamond precision fit, regular precision fit, and lastly the regular Riddell Speedflex. All versions score exceptionally well across multiple tests and are a great choice for any player. All QBs drafted in the first round (Trevor Lawrence, Zach Wilson, Trey Lance, Justin Fields, and Mac Jones), wear the Riddell Speedflex. You can purchase your own from Riddell.com for about $425.

1st Round Rookies not wearing Riddell, are wearing Schutt. Seven of the thirty-two draft picks are wearing Schutt football helmets, most in the Schutt F7. The Schutt F7 is a personal favorite of mine because of it’s sharp looks and low-key profile. There appears to be a trend of “Skill” players gravitating towards the Schutt F7 and that’s because it’s much lighter than the Speedflex. The F7 weighs in at 4.1 pounds while the Speedflex is nearly 5 pounds. The F7 is also packed with advanced technology like their “Tektonic Plates”. These plates can be seen on the top of the shell and actually move independently from the rest of the helmet to disperse contact. While they do look a little strange, they are proven to work. The F7 is one of the top rated helmets across all testing and was also featured on our Top 5 Helmets rated by the NFL & NFLPA article. Some of the rookies wearing the Schutt F7 are Ja’Marr Chase, Kyle Pitts, and Najee Harris. The Schutt F7 is available from Schutt in different models ranging from $500-$1,000.

Now, let’s move onto cleats. Football cleats come in all different shapes and sizes for different positions on the field. There are big, bulky ones built to support the lineman, lightweight, low-cut ones for the speedsters and then everything in between. Let’s take a look at what brands and models the Top 32 Draft Picks are wearing.

The most popular cleat among these thirty-two guys is the Nike Vapor Edge 360 Speed. This is Nike’s most affordable speed cleat and it’s very lightweight. The new “Edge” traction plate is one of the best in the biz. It features edge studs placed at the outermost points of your foot which allows guys to cut quickly and turn up field. These cleats are worn by Zach Wilson, Devonta Smith and you can grab a pair from Dicks for $95.

The 2nd most popular Nike cleat amongst these guys, to my surprise, is the Nike Alpha Menace Elite 1. The Alpha Menace Elite 1 was initially dropped in 2017, yet 4 years later, these rookies are choosing to wear them. These cleats feature a flyknit upper and were the first cleats with the Alpha traction plate. This plate has long, triangle studs that grip very well into both grass and turf. One of the most underrated cleats ever, the Alpha Menace Elite 1 is getting the respect it deserves. Micah Parsons, Kwity Paye and Payton Turner are all rocking these cleats. They are pretty tough to find so I recommend checking Ebay.

Adidas comes in second with 6 of the 32 first round draft picks wearing their cleats. All 6 players are officially signed with the Three Stripes and the 2 cleats worn by these are the Adidas Adizero 11.0 and the Adidas Freak Ultra 21.

The Adidas Adizero 11.0 is the most popular cleat among these Three Stripe athletes. The Adidas Adizero line is very light weight and catered towards skill players. For this years’ Adizero, Adidas updated the traction plate, using triangle studs instead of their usual circle studs. This helps players get in and out of cuts and get up field fast. Travis Eteinne, Kadarius Toney and Rashod Bateman are all wearing the Adidas Adizero 11.0. You can shop the Adizero 11.0 here.

The other Adidas cleat is the Adidas Freak Ultra 21. Trevor Lawrence is the only 2021 First Round pick to be wearing these cleats. They’re pretty sweet though – they have a primeknit upper, an updated Freak traction plate and a Boost midsole. Check out Trevor’s pair here. Overall a great option for QBs or any other “Big Skill” player. You can shop the Adidas Freak Ultra Primeknit at Dicks Sporting Goods.

Only 2 first round draft picks are wearing Jordan cleats – Kyle Pitts and Alex Leatherwood. Pitts is an official Jordan Brand athlete so he’s been in some Jordan 5 PEs while Leatherwood (not a Jordan athlete) has been wearing some Jordan 10s. Jordan 10s are becoming a very popular cleat among lineman because of their wide base and supportive ankle. You think Michael Jordan ever expected his kicks to be on the feet on NFL lineman? Anyway, you can shop the Jordan 10 cleats on StockX.

In 2021, football gloves are basically part of the uniform. It’s very rare to see a player (that’s not a QB) not wearing any gloves. Gloves help players catch the ball, protect their hands and they just look cool. Let’s take a look at what this years’ first rounders are wearing on their hands.

So not only is Nike the most common cleat brand amongst these guys, they’re also the most popular glove brand. Twenty of the thirty-two 1st round picks are wearing Nike football gloves. There are two Nike gloves that nearly all 20 are wearing so let’s talk about em.

The 2nd most popular glove is the Nike Superbad. These are Nike’s padded receiver glove and have been around just as long as the Vapor Jets. They offer amazing grip to help you catch passes and then little pads on the fingers to protect your hands. A super popular choice by wide receivers and lineman alike. Devonta Smith, Najee Harris and Penei Sewell all wear the Nike Superbad 5.0. You can shop for the Superbad 5.0 on Amazon or check out the new Superbad 6.0 at DicksSportingGoods.com.

As popular as gloves are in today’s NFL, not every player wears them. Of the thirty-two 1st rounders, 6 don’t wear any gloves – 5 of them QBs. The lone non-QB with no gloves is Cardinals LB, Zaven Collins. He wore gloves in college but hasn’t worn any so far through training camp. Maybe he’ll opt to wear them come gametime.

Just like in the cleats section of this article, Adidas is second best. There are six first round draft picks wearing Adidas football gloves and each one is in the Adidas Adizero 11.0 (or a past model). These are Adidas’ main receiver glove line and this is the 10th version (They skipped the 9.0). They’re pretty lightweight, have solid grip and some of the best designs in the game. Kadarius Toney, Travis Etienne and Rashod Bateman are all wearing Adidas Adizeros. You can shop the Adidas Adizero 11.0 here.

Of all thirty-two players, only 1 player wears Jordan football gloves; Kyle Pitts. Pitts is the only player (so far) to be signed with Jordan Brand. Jordan Brand athletes receive Nike football gloves, just rebranded with the Jumpman. Pretty simple technique but the swag is off the charts.

So there you have it, that is the most popular gear among the thirty-two 2021 first round draft picks. Just to recap, Riddell is dominating the helmet game and Nike is dominating both the cleat and glove game. We can’t wait to see what these rookies are capable of in the regular season!