Following the passing of Betty White, Stefon Diggs honored her on his cleats with these custom Nike Vapor Edge 360 Speeds. Her portrait and Golden Girls’ theme song, “Thank you for being a friend”, can be seen on the side. 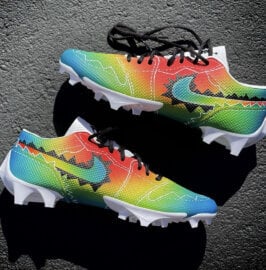 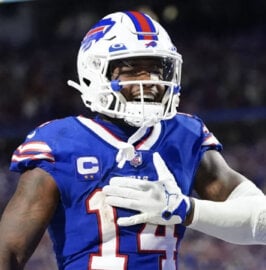 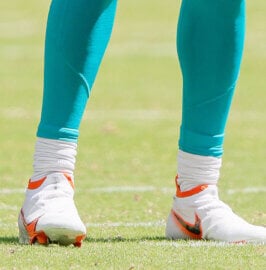 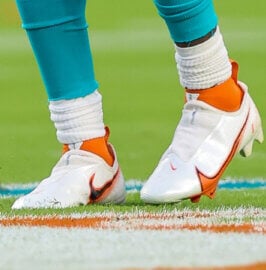