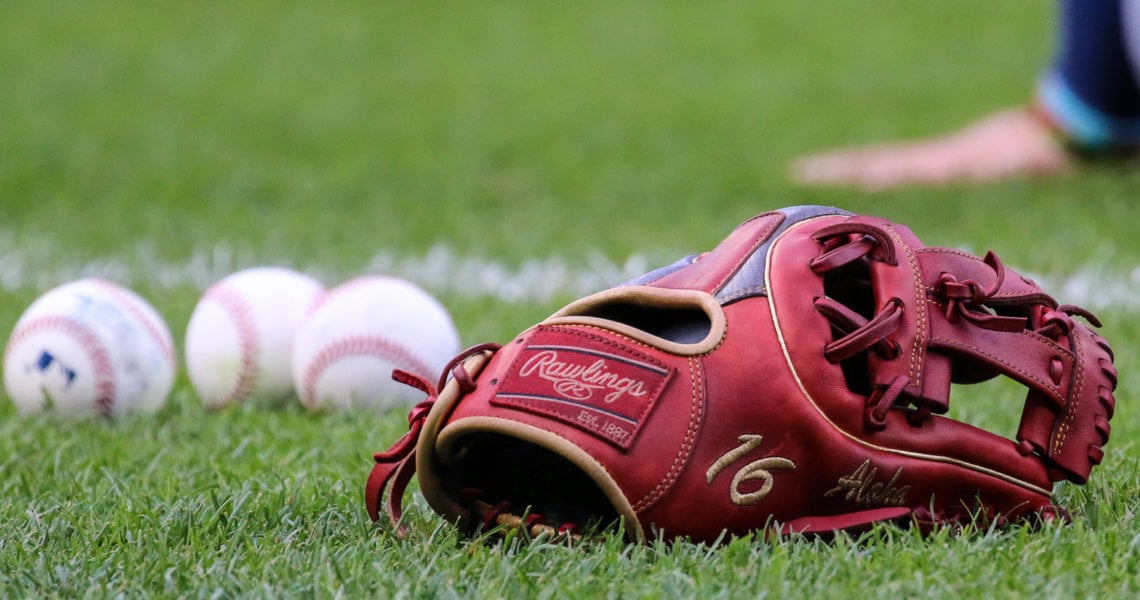 A Day in the Life of a Major League Baseball Player, Part 2

As soon as the national anthem is done playing, there is a switch that goes off and electrifies your whole body. It’s a mix of emotions that all mean one thing: “Its ‘GO’ time”. Thats when your mind is cleared of anything other than the game between the lines.

From first base I’m tossing groundballs over to 2nd base, shortstop, and third base. Kolten Wong at 2B (the best defensive shortstop I have ever played with). Johnny Peralta at SS (one of the quietest guys I have ever played with, but loudest with the bat). Matt Carpenter over at the 3 bag, someone I have known since our college battles at UNLV and TCU. Carp was flat-out one of the hardest workers I have ever seen in the game. He was someone that took millions of swings in the cage (without batting gloves mind you) and worked relentlessly with 3rd base/infield coach Jose Oquendo on perfecting his glove work at multiple positions.

While I’m tossing the ball I’m making sure my footwork and positioning are right as I receive the ball on the bag. I work on lowering my lower half to be flexible when receiving the ball. I learned how to best position myself from Albert Pujols. A Gold Glover, he was one of the best at the position, so at Spring Training he would often break down his thought process around the bag. He would tell us young’ns how taking pride at 1st base would save your infielders from errors and missed opportunities for outs.

I’m feeling flexible and my arm is feeling good. As I see Yadi throw the ball down to second, I recite the same verse I do before every game, “I can do all things through Christ who strengthens me” (Phil 4:13). Then I get into positioning for the leadoff batter. This usually meant getting in on the grass to prepare for a bunt. Even in that first moment, from the first pitch, my senses are heightened. I’m prepared to attack a bunt or snatch a rocket right at my face. Focus. Balance. You have to be ready for anything.

The emotions running through your body at the beginning of the game, just like at any level, are anxiousness and excitement to make the first play. That usually calms the nerves a little bit and helps to slow the speed of the game down. Athletes often talk about trying to slow the game down, and I think this is only accomplished through repetition and focus. Any one pitch you take off could cost you the game. So, the “next” pitch was just as important as the last.

In between pitches, you might have an opportunity to relax the mind and think about something else for a second:

Kick some dirt around and ask yourself, “Are my kicks looking fresh today?”

Fix the jersey a little bit and see if the chain is popped out just right.

Check the belt and make sure your pantlegs are pulled up just high enough (shoutout my high-sock fam, but I usually wore mine down).

Turn to Wong and let him know you might be a step over to the right or left (it doesn’t matter he will cover it all anyway).

Check the scoreboard to make sure your numbers are better than the guy currently at bat.

Take the hat off and wipe the sweat so people can see the fresh clubhouse cut you just got an hour before the game.

You know, all the important stuff.

I’m doing all this while keeping an eye on Oquendo in the dugout who is giving out defensive signals. I am also keeping an eye on Yadi, as he is often giving his own signals to the corner guys. A lot is going on that you may not realize, but these are all things that a Major Leaguer is tuned into. We work on them day after day.

After catching a rocket line drive off the bat of Anthony Rizzo its time to go hit. “This is what you’re here for,” I say to myself. I head down to grab my helmet with my batting gloves in it. Of course, you gotta rock a fresh pair of BG’s (especially on TV). Putting on the batting gloves and helmet is like putting on the armor before going to battle. Everyone is meticulous about the way they put on their armor and the way that it fits. If one thing is off, that affects your mind, and that’s unacceptable. You can’t afford to have any distractions when you’ve got 50 milliseconds to earn a living.

I have to pause for a moment to give a shoutout to all the amazing clubbies out there. From keeping the helmet shining down to scrubbing the cleats after practice and games. It makes you feel good knowing you are clean from head to toe as you prepare to enter the battlefield.

Walking to the plate is a remarkable feeling. Jubilation pumping through your veins as you hear your walk-up song blaring throughout the stadium. My favorite walk-up song is by hip-hop artist KB (Just do it). However, while I was with the Cardinals I was rocking with “I Don’t Get Tired” by Kevin Gates. Maybe that’s why I have like six jobs today!

All eyes are on you as you head to the plate. If it is the first at-bat of the day, I would say “What’s up” to the umpire and the catcher behind the dish. This was just a courtesy thing, even though I knew neither one of them is on my side. I usually didn’t like either of them.

I have faced some tough pitchers in my career but the two toughest were Aroldis Chapman and Chris Sale. I usually hit lefties really well, but obviously these weren’t your everyday lefties. Both Chapman and Sale are long and lengthy, and the ball seems like it gets on you before you are even ready to hit, not to mention both of them could run it up to 100. Chapman’s fastball is tough to hit on its own, but in one at-bat, he caught me completely off-guard when he dropped a 2-2 change up on me. Not even fair.

As for Chris Sale, the ball looked like it was coming out of the 1st base dugout. Then he would mix that backfoot slider in there and I didn’t know where the ball was starting from or ending. Those were definitely frustrating at bats.

Looking back, though, some of my best at bats in the Big Leagues came off of some tough pitchers. I’m proud to say I’ve got knocks off of Gerrit Cole, Jacob DeGrom, Chris Young, Edwin Volquez, Yordano Ventura and Jake Arrieta among others. The best thing about those hits was that they were positive contributions to my clubs, the Cardinals and Marlins. Any time you can help yourself by playing well that’s a good thing, but when you can help the team that’s an even better feat.

I remember when I first reached base against the Cubs, Rizzo reminded me that its OK to smile. He always knows how to keep the game fun and light. That was something that stuck with me throughout my career. Sometimes you just have to be reminded that this is a kid’s game and it is supposed to be fun.

Fastest Man in the World (JK)

I can’t talk about being a Big Leaguer without mentioning what my first stolen base felt like. It came off of Jason Hammel; catching was Miguel Montero. I was surprised to see the sign from Oquendo at third base. I think I even looked back at the first base coach to double check, like, “you seeing what I’m seeing?” He discreetly gave me the head nod and then I knew it was time to go. Good thing the legs were feeling good. I remember getting off the bag and getting into my primary lead. I then told myself to get an extra step on the lead, but I’m sure my legs were shaking so much that my toe barely moved. As soon as Hammels leg popped up, I was on the move. I accelerated a couple of steps and checked in to see if my teammate Jon Jay made contact. To my (bad) luck, it was a fastball up and out of the zone, basically a pitch-out (the worse pitch to run on). Needless to say, I got the jump I needed and slid into second base safely just as the ball bounced in. I even nailed a perfect pop-up slide.

I felt like the fastest man in the world! “This must be how Rickey Henderson feels,” I said to myself.