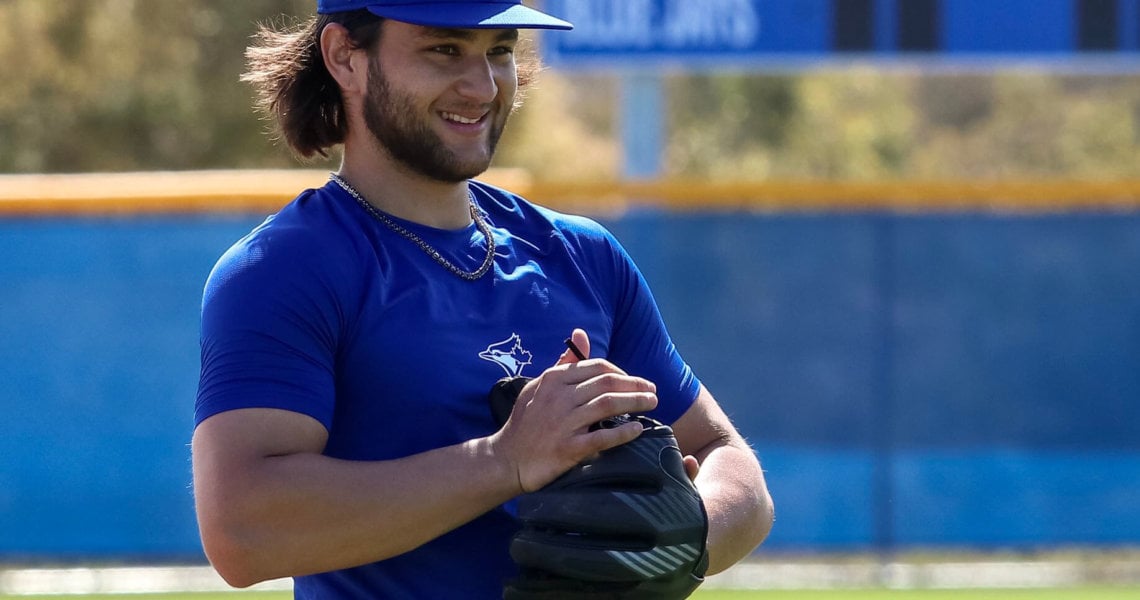 Bo Bichette to Wear Rawlings Glove in 2021 (Alonso, DeGrom too)

Along with Jacob DeGrom and Pete Alonso, Bo Bichette headlines the new members of #TeamRawlings in 2021. While DeGrom and Alonso are more accomplished MLB players (as of now), the Bo signing got me the most hyped. Bo’s Rawlings glove is guaranteed to be swagged out, and those Blue Jay colors will always be some of the best in the game.

So far, Bo has been rocking the immensely hyped REV1X, a hybrid leather/synthetic glove that Rawlings will be dropping this summer, according to their site. While Bo just showed up on @bluejays Twitter with the unreleased glove, fellow star shortstops Trea Turner and Frankie Lindor have been wearing it since last season. (Sign up to be notified when they drop at Rawlings.com.)

Will Bo wear the REV1X? If he does, we hope he has some fun with the colors as Lindor has (above and below).

As its synthetic, there really are no limits to the aesthetic design, based on what we’ve seen. Maybe Bo will put a giant Blue Jays logo across the back of the fingers? A Canadian flag? What do you want to see on Bo’s glove? Let us know in the comments.

Despite the poor quality photo from the Mets Twitter (maybe get the photo guy a decent camera?), we’ve got proof that Pete Alonso is also wearing Rawlings. We confirmed it with Rawlings headquarters, that indeed, Pete is a Rawlings guy now. It looks like he is wearing the FM18, one of the lesser used first base models, though it made our “Top 4 1B Gloves” list.

Another photo from the Mets Twitter shows DeGrom rocking the pitcher standard Rawlings, a two-piece with a finger hood. The finger hood is popular with pitchers because savvy Big League hitters sometimes use the movements of a pitcher’s index finger as a “tell” to know what pitch is coming. Crazy, I know, but very real.

Please comment or hit us up on IG if you see any other interesting stuff at Spring Training. If you see something, say something.