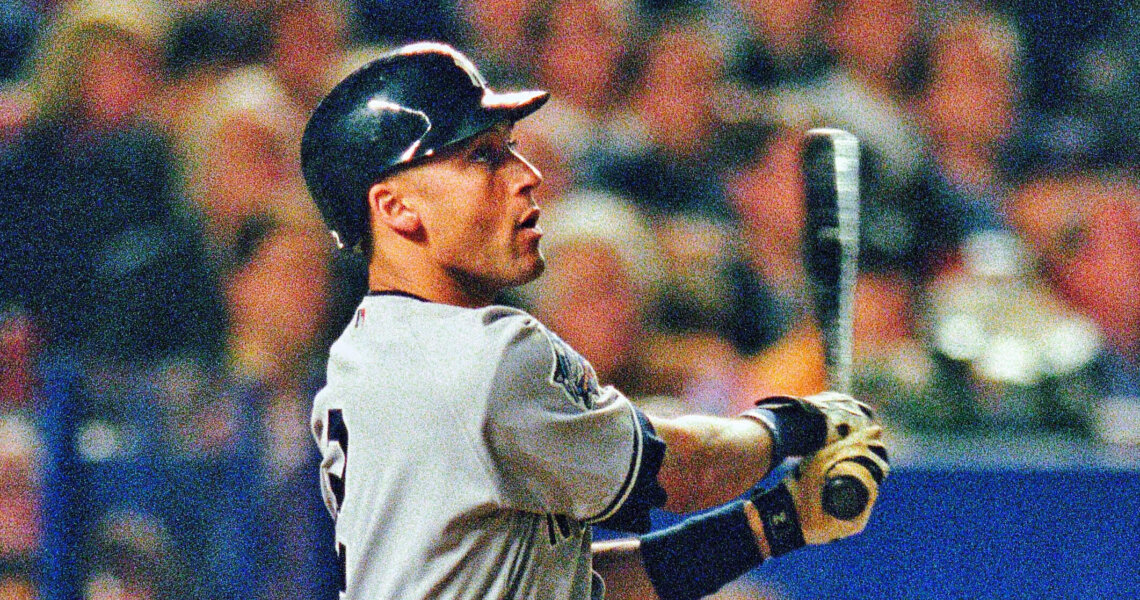 Editor’s Note: This was written on the day of Jeter’s final home game (with some new additions). Today, #2 enters Cooperstown.

I had a lot more written down, but I just had to scrap it because its all meaningless.  Just roll the tape:

I don’t even know if my brain can comprehend how much I’ll miss my childhood and adulthood idol, Derek Jeter.  All I know is that I feel lucky to have been around to see him.  Here’s a few shots of his gear through the years so I don’t just sit here and cry all night.

Jeter donned the Yankee pinstripes for the first time at Spring Training 1993. He wore the swaggiest cleats of the time, these Nike high-tops that were made famous by the stars of the time: Griffey, Bonds, Sheffield.

By the time he got “The Call,” Jeter was rocking the standard Nike Coop. Jeet’s first RBI came off of Randy Johnson, a low laser through the right side. It was a prelude to his ability to hit to all fields, in the clutch, and against the greatest in the game.

Here’s a good look at Jeter’s career-long companion, the Louisville Slugger P72 Ash bat, which he used to rack up 5 runs in his first World Series victory vs Atlanta in ’96.  The 22 year old Rookie of the Year hit .361 in the postseason, the Yankees first championship run since 1978.

In ’97, Fila of all companies signed Jeter and outfitted him with some of the ugliest cleats ever made.  Jeter managed to steal 23 bags with ’em, anyways.  Notice the Franklin Pro Classics, too.

The 90s were the first of three decades that Jeter has crushed life in.  His chances of destroying future decades are still very high.

Some time in August of that season, Jeter steps out of Fila (and the shoes immediately shrivel up and die like in The Wizard of Oz) and into a pair of Nikes.  Earth resumes spinning on its axis.

It would be cool if someone could ID those.

As Michael Jordan says goodbye to the Bulls, he handpicks Jeter to be Jumpman’s torchbearer.  Jeter wears it well, including these first-ever Jordan baseball cleats not worn by Jordan himself, Jeter’s custom Jordan XIVs.

He switched out the Rawlings wristband, and you can also see him rocking a simple Benik wrist guard.  Also switched out the Gargoyle F-8 flip-ups, Ken Griffey Jr.’s signature shades that came out in 1997 (thanks Brent for finding those) for Oakleys. Walt Frazier would say that Derek Jeter, by 1999, is officially stylin’ and profilin’. A third ring, for the pinky, while the Yankees finished the season on a 12 game World Series winning streak.

I couldn’t help myself on this one.  Here’s Jeter holding some kind of primitive telescope in his fourth ticker tape parade.

In 2001, Jeter earns one of his many nicknames, Mr. November, with a walk-off HR off Byung Hyun Kim to tie the World Series at 2 games a piece.  He did it in these Jordan 9s. These are also the cleats worn by Michael Jordan during his baseball career.

Between 2002 and 2005, Jeter won 3 consecutive Gold Gloves with a Rawlings Heart of the Hide PRODJ2.  Major League coaches voted on it.  They watch all the games.

These are Jeter’s 2009 Jordans.  He broke Lou Gehrig’s All-Time Yankee hit record with his 2,722nd hit in these, then topped off his World Series resume with a .407 batting average, and a fist-full of rings.

For his 3000th hit game he wore these special Jeter Cut DJ3K cleats.  In that game he hit a game tying home run off David Price for 3000 and finished the game 5 for 5, with the game-winning RBI.

He also wore these Jordan Team BGs, some of my favorites ever.

During his final season, Jeter had these spectacular Jordan Jeter Lux cleats made for the All-Star Game.

Thank you, Derek.  If there was one guy that I wish could play forever, it would be you.