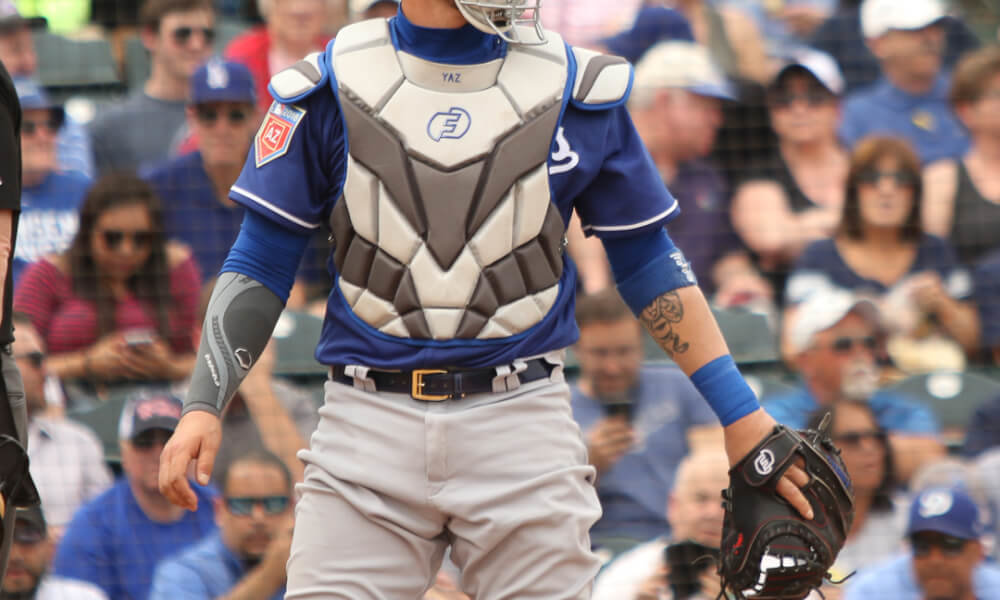 Force3 Catcher’s Masks on the Rise in MLB

Good catchers will tell you that the catching position is the most rewarding position on the field, with constant action and control of the game. Unfortunately, the action often comes at a price: the very real risk, and even certainty, of injury. Any product that endeavors to keep players on the field will always get a long look from us at WPW, especially if its showing MLB growth. Enter the Force3 Defender catcher’s mask. The Defender mask, though we can’t speak to the science of it, has earned the confidence of some veteran Big League catchers with its patented Shock Suspension System. This system uses an inner and outer cage, with springs in between to absorb a ball’s impact. The suspension system adds weight to the mask, but this hasn’t stopped Tyler Flowers, who founded the company, Matt Wieters, Kurt Suzuki, Yasmani Grandal, and Francisco Cervelli from switching to the Force3 mask. This is a group of men who routinely take 90 to the grill.  Their adoption of the mask speaks for itself.

In a WPW interview with Flowers, he talks about how shots to the jaw can “linger with [him] for months” but this mask is able to “take care of it.” He was happy to point out that catchers and umpires alike have taken shots at 100 mph, but there “is no denying” the difference that the technology makes. The mask also comes in a hockey style, worn by Austin Hedges, and offers some additional protection.  This version is legal in high school, while many leagues do not allow the two-piece style. (In high school, masks have to cover and protect the catcher’s ears, and the traditional mask leaves them exposed, which is why the two-piece is outlawed in some leagues.) Flowers is a company billboard, with a wide array of gear that blaze the Force3 logo. If you were a big league catcher, would you wear the Force3 Defender mask?