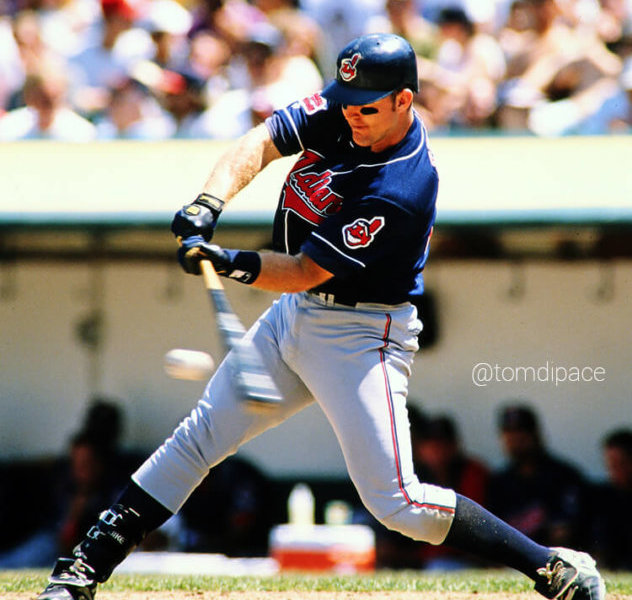 Tom DiPace hit me with a barrage of Hall of Fame swag this morning and I couldn’t keep it to myself.

If there was a “Cut Your Own” Christmas Tree competition, I’m putting all my chips on #25, Jim Thome.  Guy is and was a monster.  Jim Thome hit lasers.  Peas.  Missiles.  Moonshots.  Dingers.   Jim Thome made first basemen scared.  He’s an all-around great guy, otherwise. Louisville Slugger i13 is a bat with a legacy, linking a long lineage of bruisers.  Thome, Pujols, Longoria, Nelson Cruz, Machado all prefer this “big barrel” turning model.  (Pujols’ Marucci AP5, one of the most popular bats in baseball, is based on the Slugger i13 that Albert swung in the 2004 World Series.)  Customize an i13 here. Trevor Hoffman described his pitching style in the later part of his career as “cat-and-mouse,” which he mastered after a beach volleyball injury to his rotator cuff took a few MPHs off the fastball in 1994.  Guy didn’t sweat it.  Just painted corners. Hoffman saved 601 games for the Marlins, Padres, and Brewers.  Here he wore a Wilson A2000 Dual Hinge with a closed web.  The same glove pattern was worn by fellow HOFer Greg Maddux.  This same pattern is offered as the Wilson A2000 L, which you can customize at the link. A quick Google Search, “vladimir guerrero bat” brings up just about every bat company you can think of, even defunct companies that you wouldn’t even recognize.  The fact is that Vladimir Guerrero could take an old wooden broomstick to the box and sting the baseball. He is the last great Expo, though he opted to be enshrined in Cooperstown in an Angels jersey. No batting gloves needed.  Just a generous layer of pine tar on the crown of the helmet and a ferocious two-handed hack. Before Tulo’s flat pancake style glove, Alan Trammell was picking it at short with an equally flat SSK glove.  The flip-ups were so necessary.  Gargoyle Gamers can give you this look. Trammell was an early adopter of #threestripelife, rocking adidas flap-overs and true stirrups. Chipper Jones made Mizuno cool in the 90s. Jones was also a believer in the knee-high stirrups, but only sometimes, maybe after an 0-5 and you’re feeling like you need to let the calves eat a little bit.  Chip endured very few 0-5s in his career, as one of two switch-hitters in the history of the game to hit over .300 from both sides of the plate (Frankie Frisch, great baseball name, the other switch-hitter in that group). Jones also wore Mizuno at third base and in the outfield. Jack Morris, in this image, shows you a two-seamer that won him four World Series games and three rings, as well as some sneaky little 80s classics, the Converse flap-overs. Stirrups and Mitre cleats!  I gotta be honest I had no idea Mitre baseball cleats existed.

Who had the best swag in this year’s Hall of Fame class?