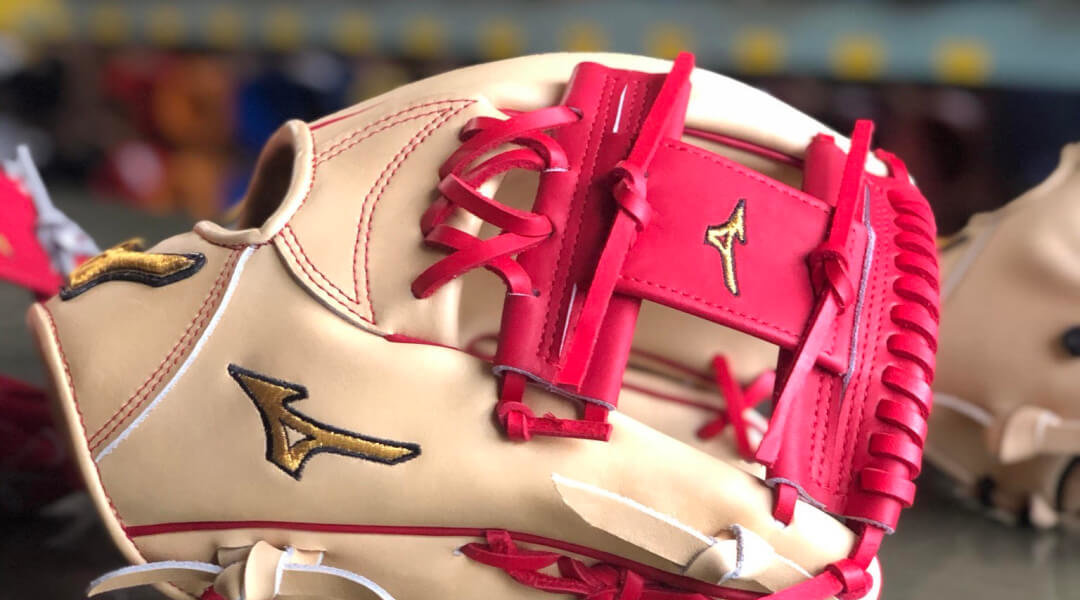 Back in December at the Winter Meetings, I met with Mizuno’s marketing peeps, and we tossed around the idea of WPW making a visit to Mizuno’s glove and bat factories to produce some content… not in Atlanta, Georgia… but in Japan. It was a wild idea, and I didn’t think much of it at the time.  It was a pipe dream, maybe in a year, maybe never.  Then I got the call… Mizuno wants us out there, but its gotta be in mid-January before Nippon Professional Baseball’s spring training.  Exactly two weeks away.  Too soon?  Probably.  Was there ever a doubt that we were getting on that plane?  Not a chance.

While we are going to be producing video content (look for it in March), this is the most exciting field trip in WPW history and I’d like to give you a little taste of what we’ve experienced so far.

Flying out of SFO on the 18th, we arrived in Osaka late on the 19th.  On the 20th, we made our way to Mizuno’s pro bat factory in Yoro, a small town about 93 miles northeast of the major city of Osaka.  There we met Tamio Nawa, bat craftsman, who cuts wood bats for Mizuno pros.

When Nawa-san was finished with his lunch break, which included a game of catch outside the factory, he took us step-by-step through the bat-making process.  Nawa-san makes bats for Ichiro Suzuki, the baseball equivalent of making guitars for Jimi Hendrix.

With that comes razor-sharp precision.  He demonstrated the cutting of a bat by pulling an old Ichiro bat off the wall, setting it on metal mounts about a foot from the lathe, and making an exact copy on a pro grade billet.  Mizuno’s standard for bat-making is 0.1 millimeter of deviation, meaning that a bat’s dimensions cannot deviate more than 0.1 millimeter from the order spec.  The new bat was indistinguishable from the original, and if it wasn’t, Ichiro would reject it.

The following day, another journey through the beautiful Japanese countryside landed us in the mountain town of Haga, where Mizuno makes its most premium gloves, including those for their stable of dazzling defensive MLB shortstops Andrelton Simmons, Didi Gregorius, and Nick Ahmed. 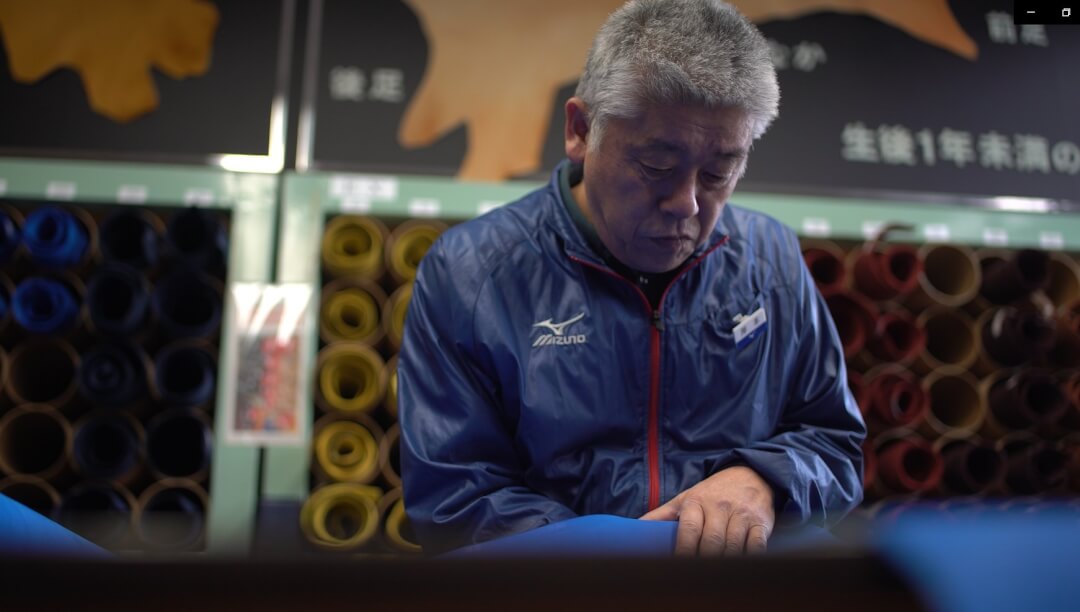 Mizuno’s Master Craftsman Ko Kishimoto took us into his workshop to explain the process of making a glove and to tell some Ichiro stories. I was shocked to find out that the tool set he had out on the table was dedicated to Ichiro’s gloves only. I guess that’s what it means to be a master. 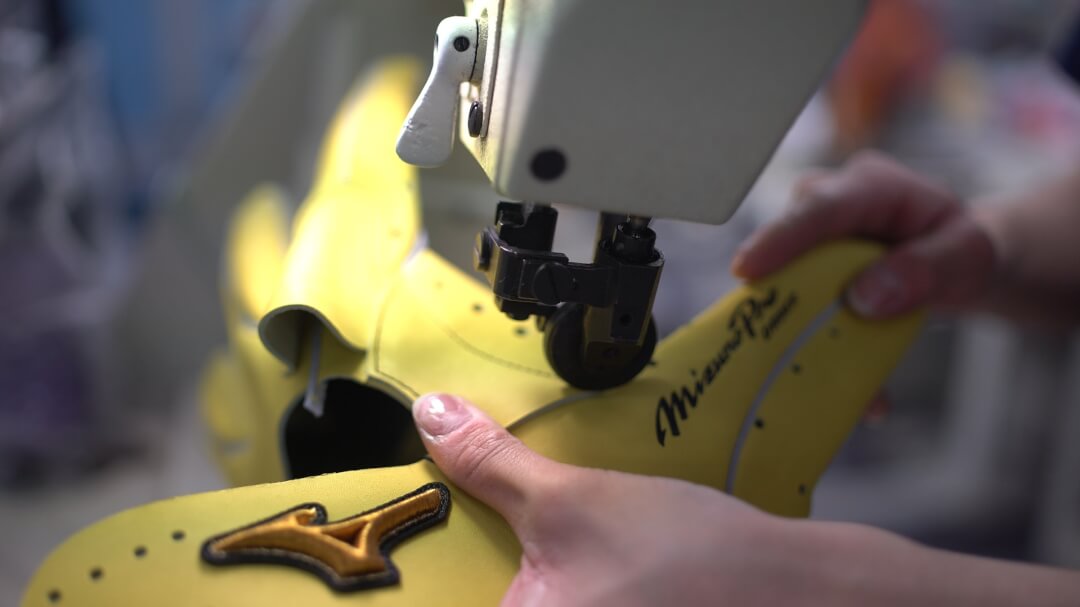 On the floor of the main factory, the entire process of glovemaking was laid out in front of us, and we were awed by the exactness of the work. On that day, gloves destined for the hands of Nippon Professional Baseball players were being built from scratch. The workers transformed the leather and lace into a work of art with incredible speed and precision.

While the trio of shortstops Didi, Andrelton, and Ahmed alone make up an impressive roster for Mizuno, we’ve just learned of a huge signing this offseason that we’re excited to share, but can’t just yet. Feel free to speculate… 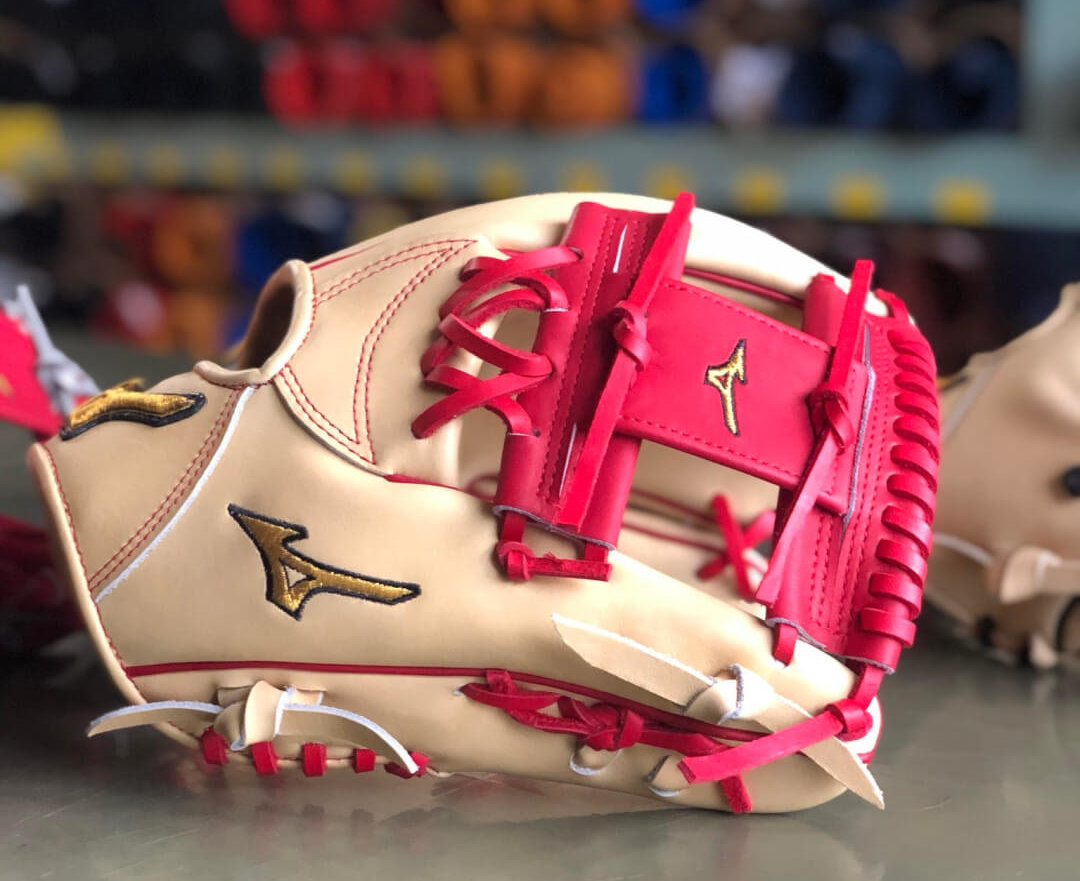 Didi’s glove is a re-creation of his Yankee piece with Phillies red. As a Yanks fan, it was sad to see the new colorway, but damn did it look good. 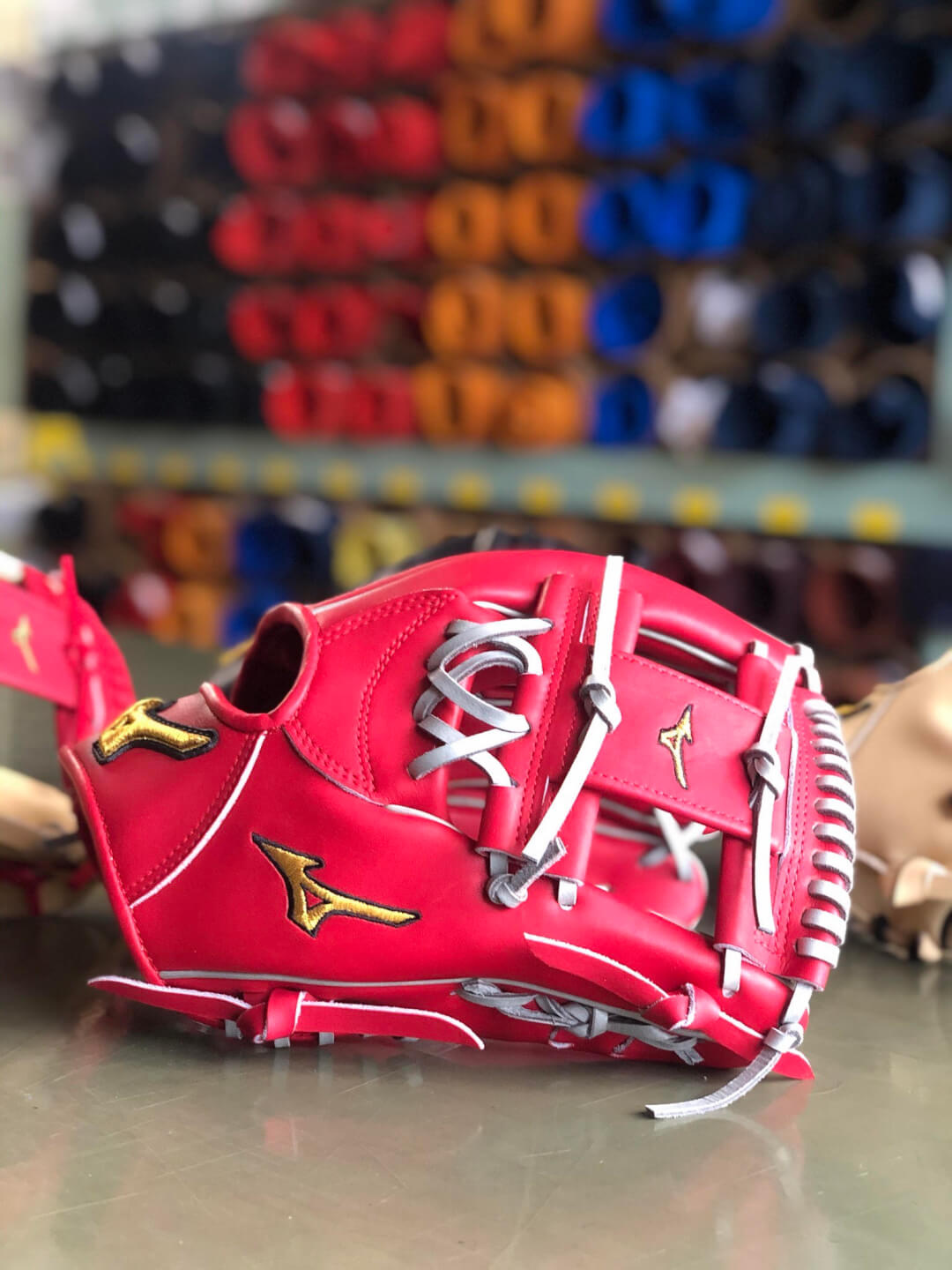 Andrelton looks like he ordered the same glove that we saw last year, a red stunner. 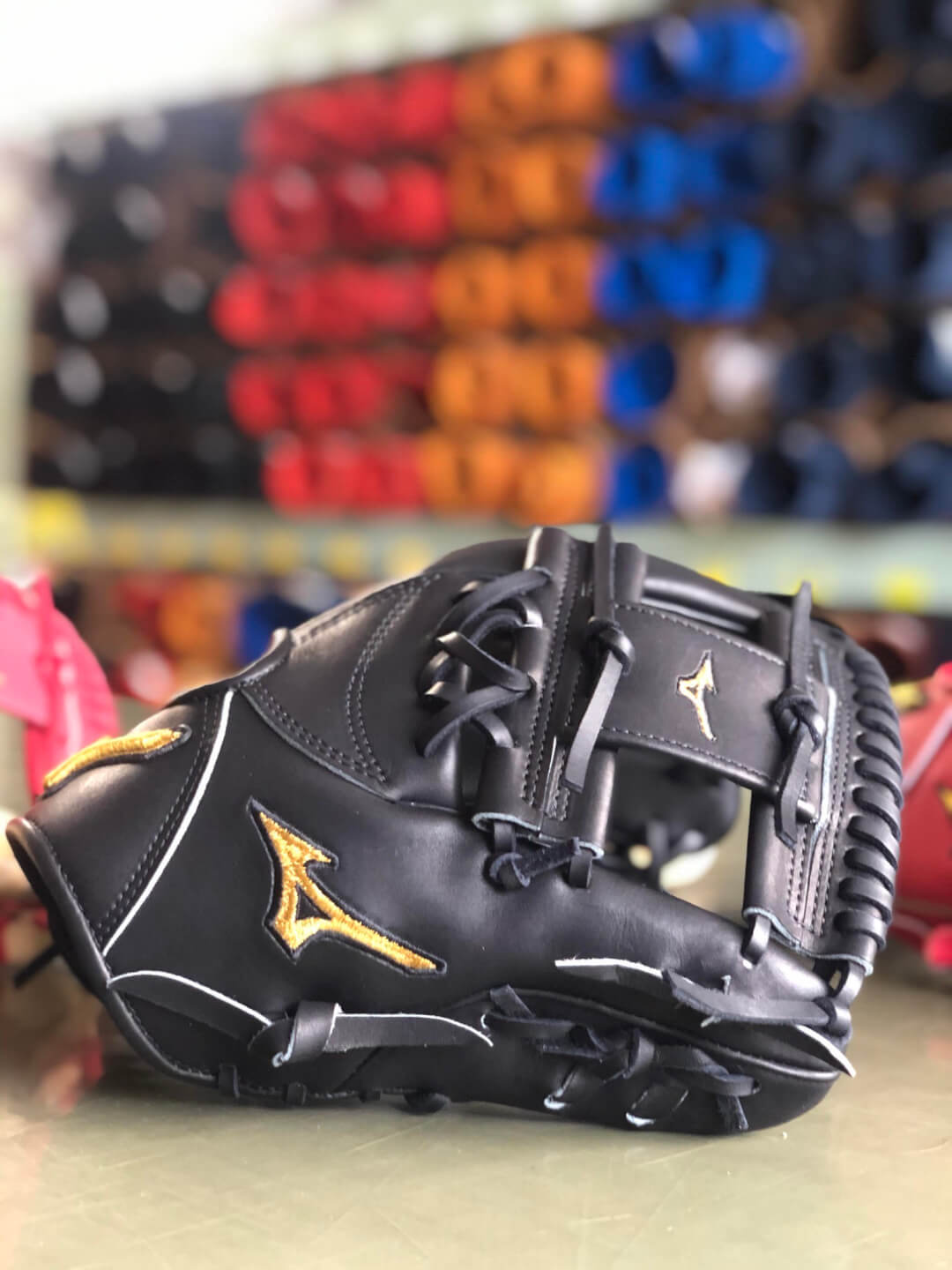 Nick Ahmed will defend his Gold Glove title with a black I-Web with gold trim.

On our final day with Mizuno, we visited the Osaka headquarters and went nuts on their glove museum right in the lobby of the building. It was an impressive show of the evolution of Mizuno baseball gloves.

We’ll have much more on our trip to Japan as the season draws closer. Until then, I’m about to go crush some sushi.