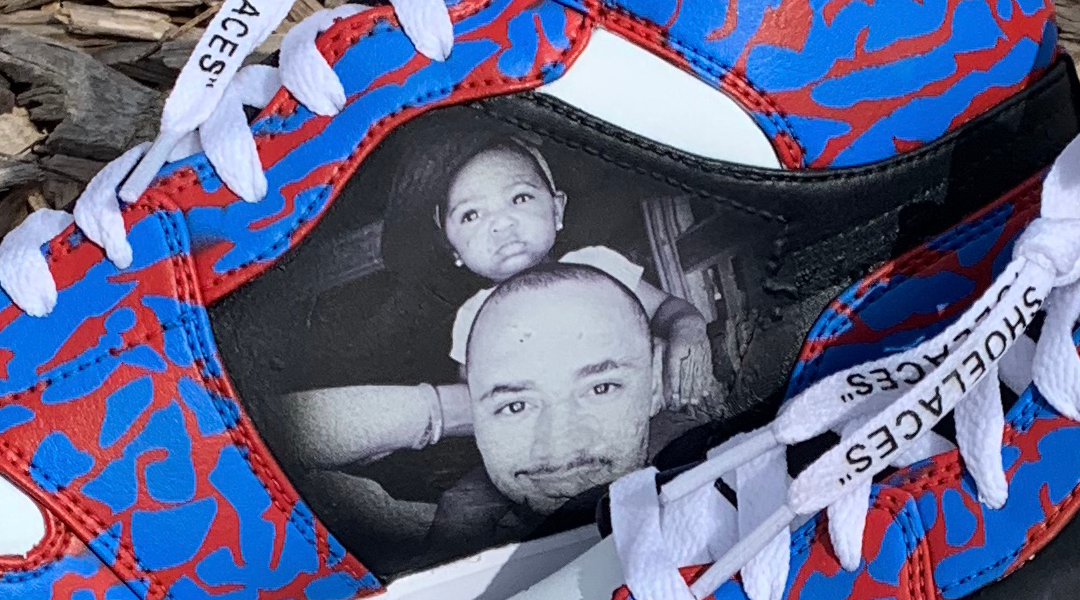 Mookie Betts arrived at Dodgers camp on Monday, and not far behind him, his first two pairs of custom Jordan 1 cleats. While these are the same model as those available at Dick’s Sporting Goods for $120, Mookie’s cleats have been given an attention-to-detail unlike anything you or I have ever worn.

Nashville-based custom footwear and baseball glove artist @ikb20_customs, who made these cleats, grew up playing ball in the same district as Mookie in Nashville.

IKB, whose real name is Keenon, re-connected with Mookie in the summer of 2018 and Mookie gave him a shot at making some cleats. He killed ’em and has been making cleats for Mookie ever since.

For Mookie’s first days as a Dodger, he had two pairs made. On the first pair, “Daddy Duties,” Keenon removed the classic Jordan 1 Swoosh to free up some space to apply a technique called “hydro-dipping,” which allowed him to essentially add photo quality images of Mookie with his daughter Kynlee.

A little bonus detail is the “off-white” “SHOELACES.” These have got to be some of the dopest customs at Spring Training 2020.

IKB named his second pair for Mookie Betts’ arrival in Dodgertown “What the Mook,” themed for Mookie’s hometown Nashville, his All-Star experiences, and some more Off-White details. These also showed a serious attention-to-detail, using actual baseballs from each of Mookie’s All-Star appearances as the Nike Swoosh and tongue label.

Nashville is represented with the 615 area code, and Mookie’s high school, the Overton Bobcats, even gets a shout.

Check out @ikb20_customs on IG, and please vote for your favorite below!