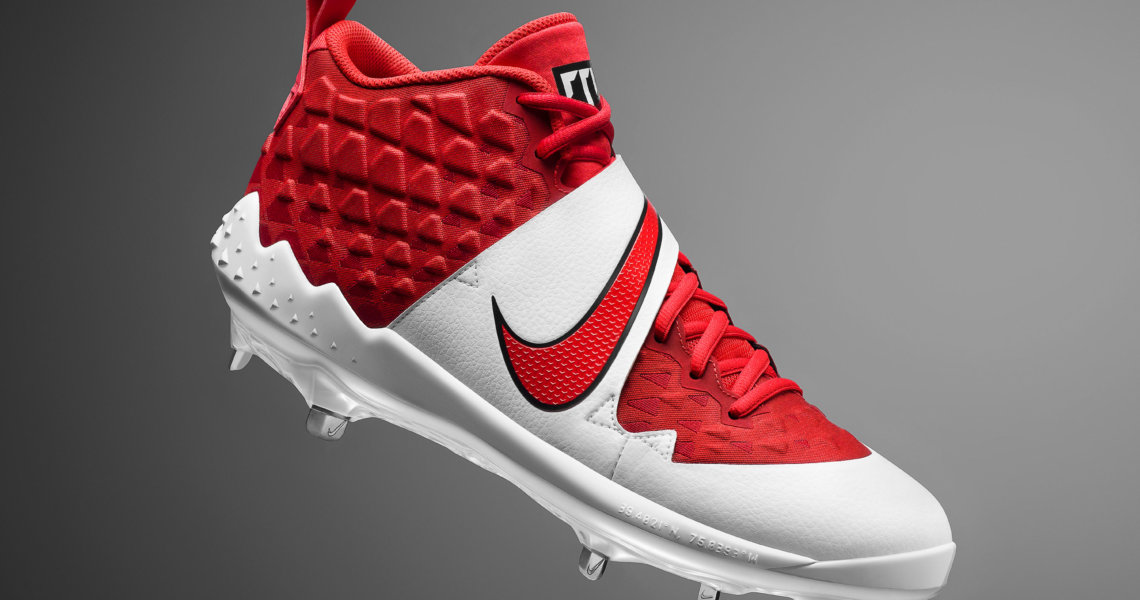 Nike has unveiled Mike Trout’s newest signature cleat, the Force Zoom Trout 6, available on Eastbay for $70-$130.  The Trout 6 cleat brings new technology to the diamond thanks to feedback from baseball’s most electric player, Mike Trout. Let’s take a look at some of the key features. 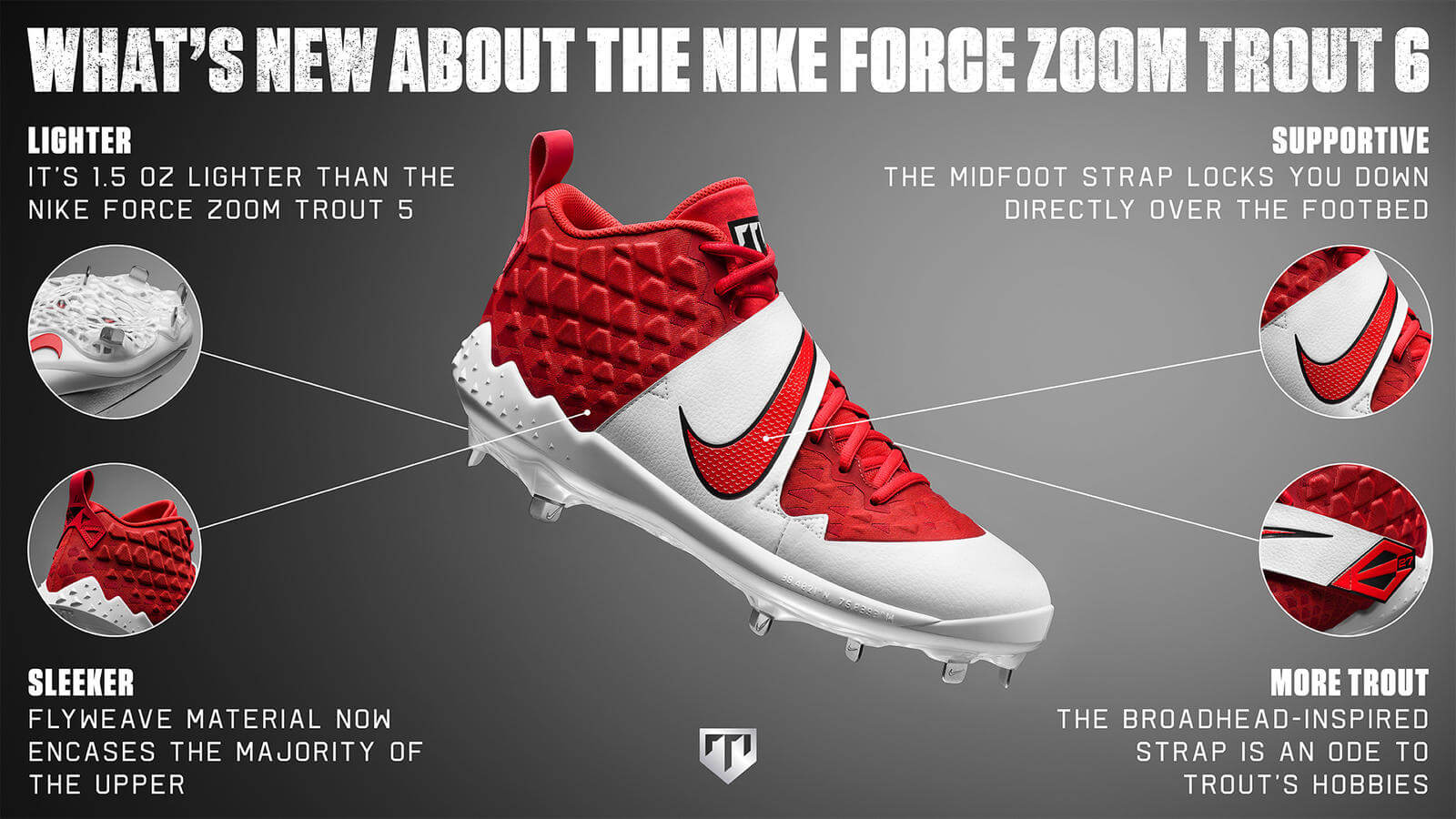 When sitting down with Nike’s design team, Mike Trout prioritizes five things for his cleats: comfort, weight, flair, durability, and personal details. On the performance side, this year’s model is 1.5 ounces lighter than the Trout 5, making them about 10 percent lighter.  The most notable technology additions are a Flyweave upper and a prominent mid foot strap. 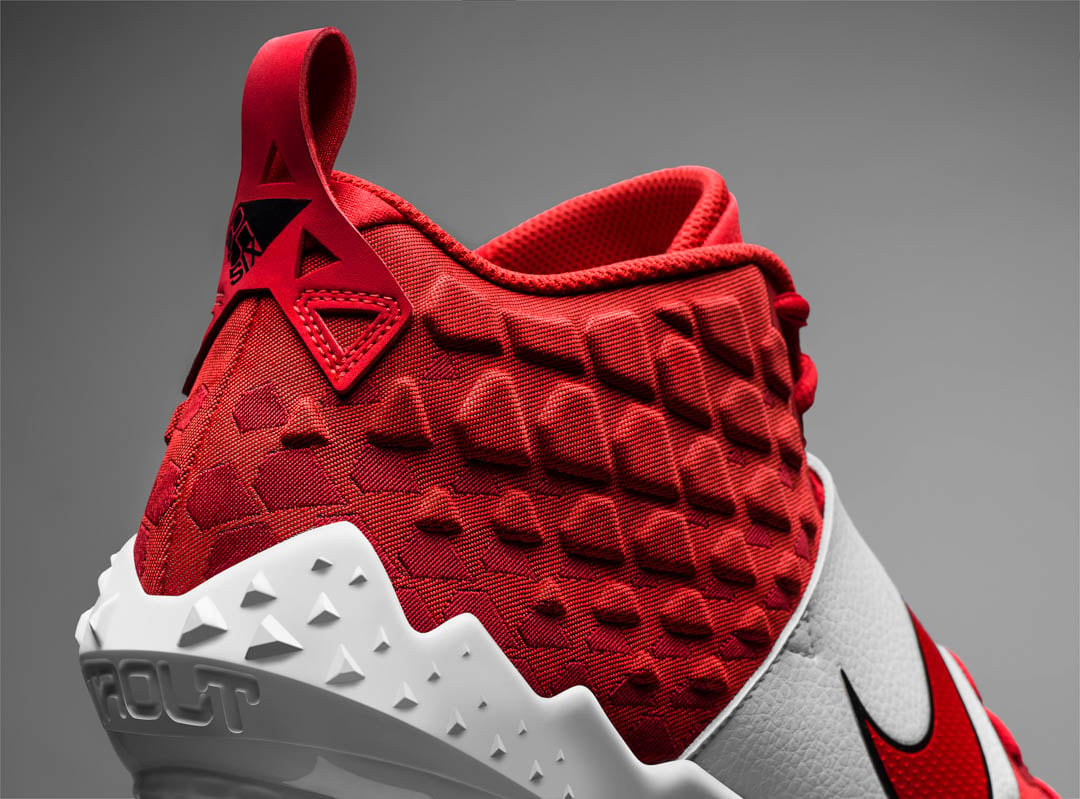 The Flyweave upper replaces the PowerMap upper from the previous model, contributing to the decrease in weight while still maintaining durability. It retains a rich textured detail while adding style and personality. 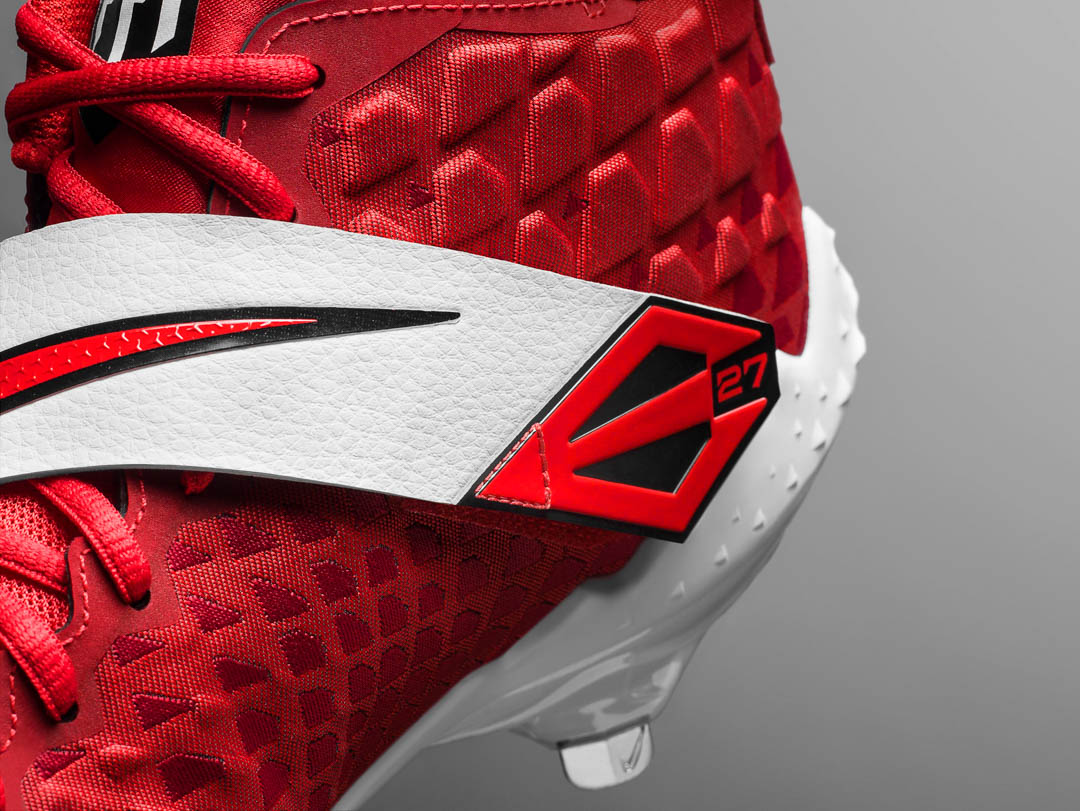 The most prominent design feature is the new strap across the midfoot. Trout personally asked for the strap to be added. It is inspired by earlier Huarache baseball models (some of Trout’s favorites), and the broadhead design serves as an ode to one of Trout’s favorite hobbies, hunting.  From a tech perspective, the strap feature likely helps maintain the support and lockdown that Trout desires in his cleat while allowing Nike to shave off weight elsewhere. 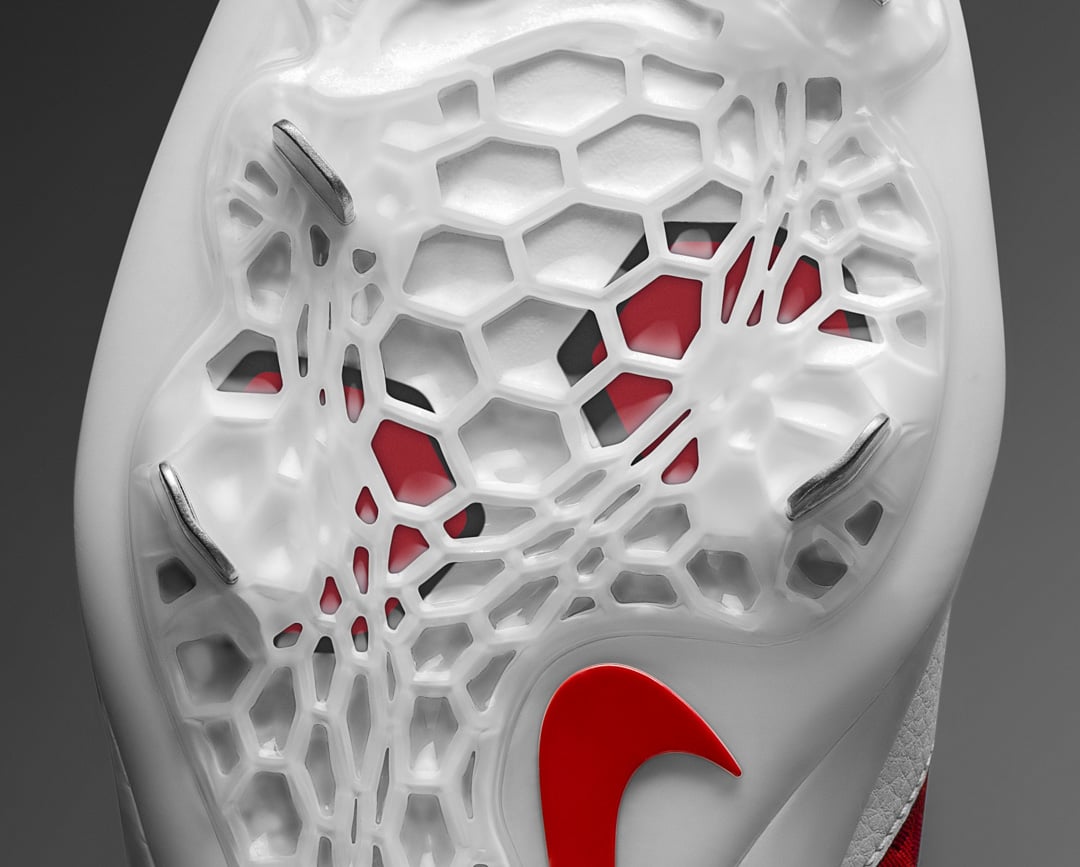 Lastly, the cleat plate looks to be retained from the previous Trout models, using a computationally-designed setup to maximize traction and power. 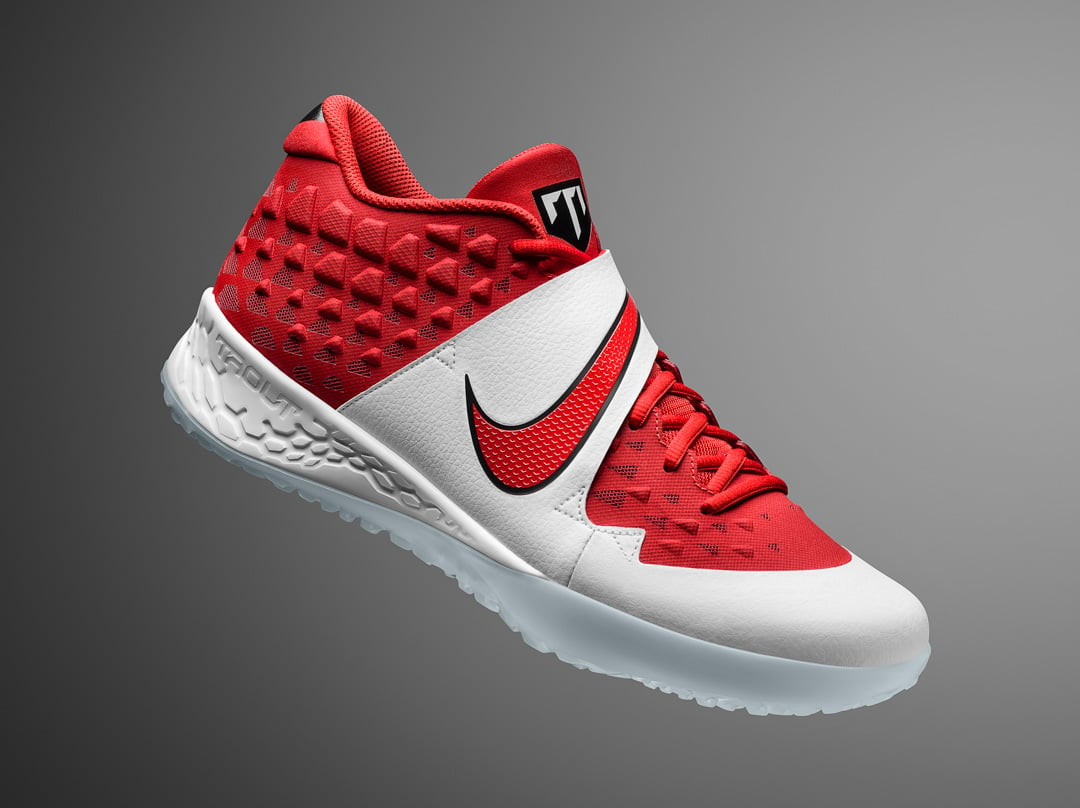 The turf model itself is essentially a low-cut version of the cleat. 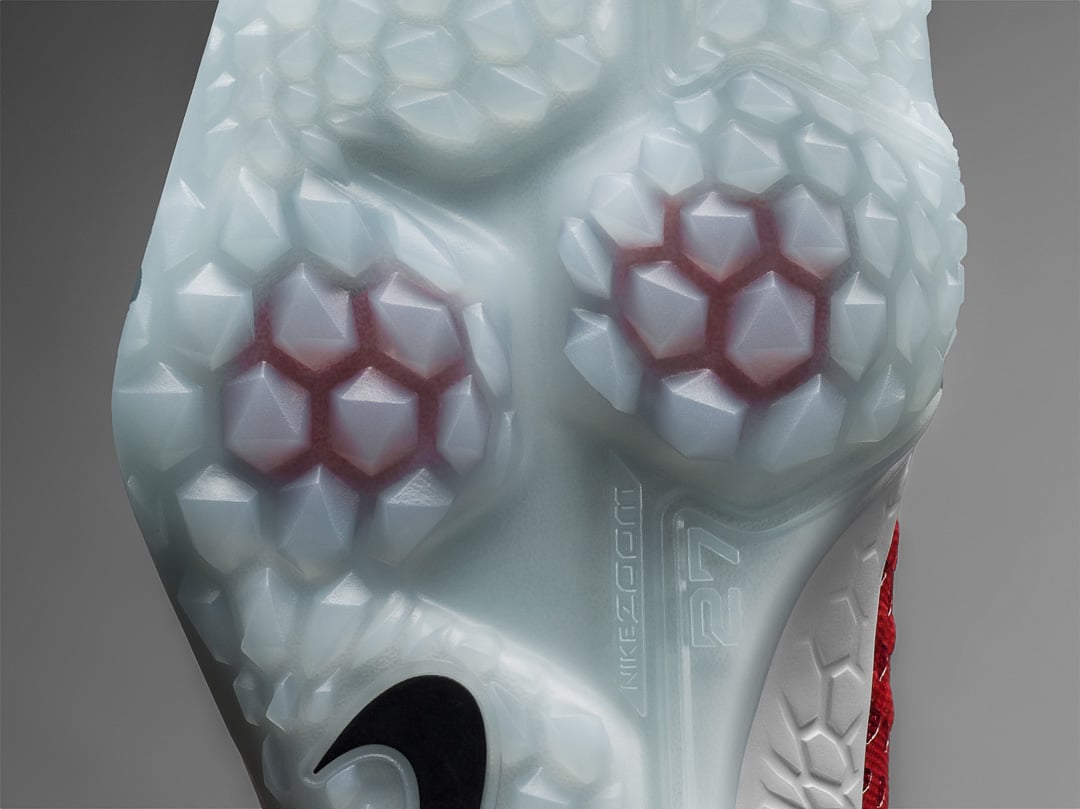 It features the same traction pattern as the Trout 5 trainer, which looks great for performance on the dirt. 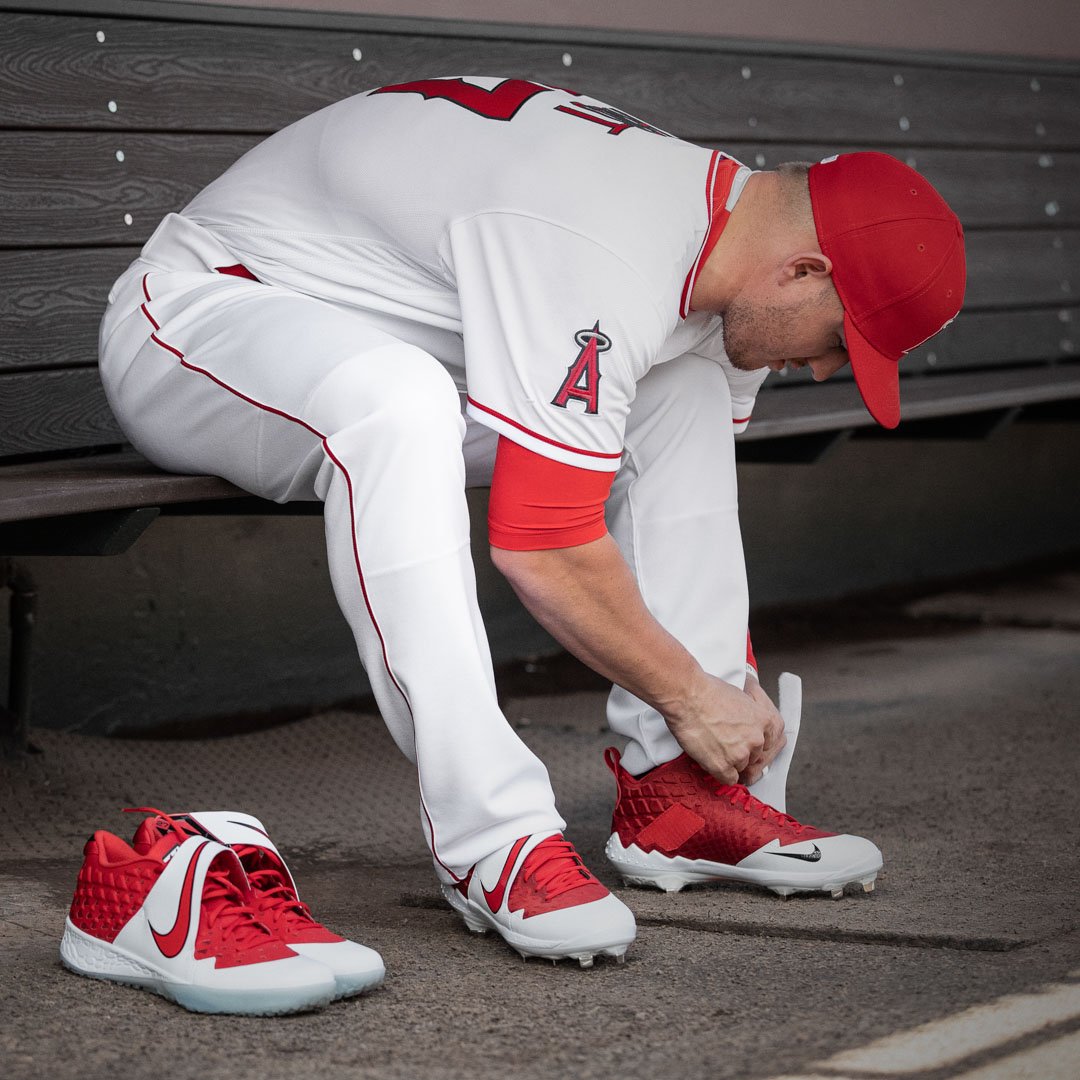 Mike Trout’s Trout 6 cleats look to be a game-changer in the performance arena and a head-turner on the field. Several of Nike’s biggest stars, such as Max Scherzer and Matt Carpenter, have taken to wearing Trout models in the past, and it looks to be no different with this pair. The design carries over winning features from previous Trout cleats, including the toe cap from the Trout 4 and the textured design of the Trout 5, and the result is beautiful. From the medial side, these are almost reminiscent of the old Huarache 2k4 cleats that Trout was inspired by, and they also look like they could belong out on the gridiron. When you have a player as unique as Trout, the product must also set itself apart. Look for Trout to unveil a red, white, and blue pair when he appears in his 8th All-Star game on July 9th.

Is the Trout 6 Cleat & Turf for Sale? 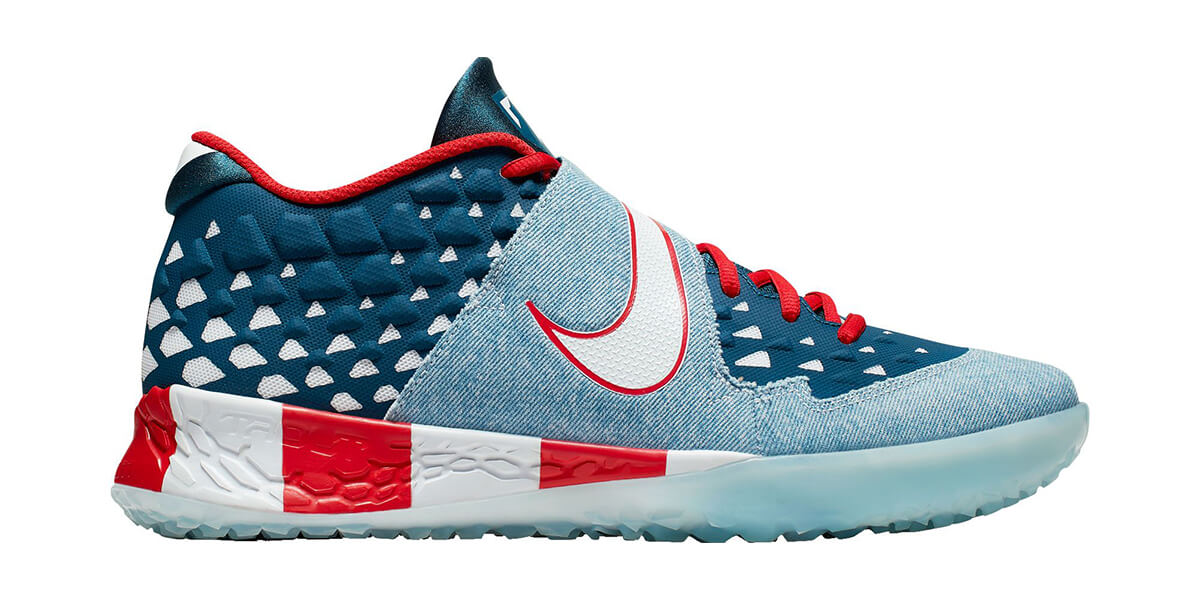 The turf is available at Dick’s (in this USA colorway) for $130 (and the cleat is available in this colorway too for $140).

Let us know what you think in the comments.