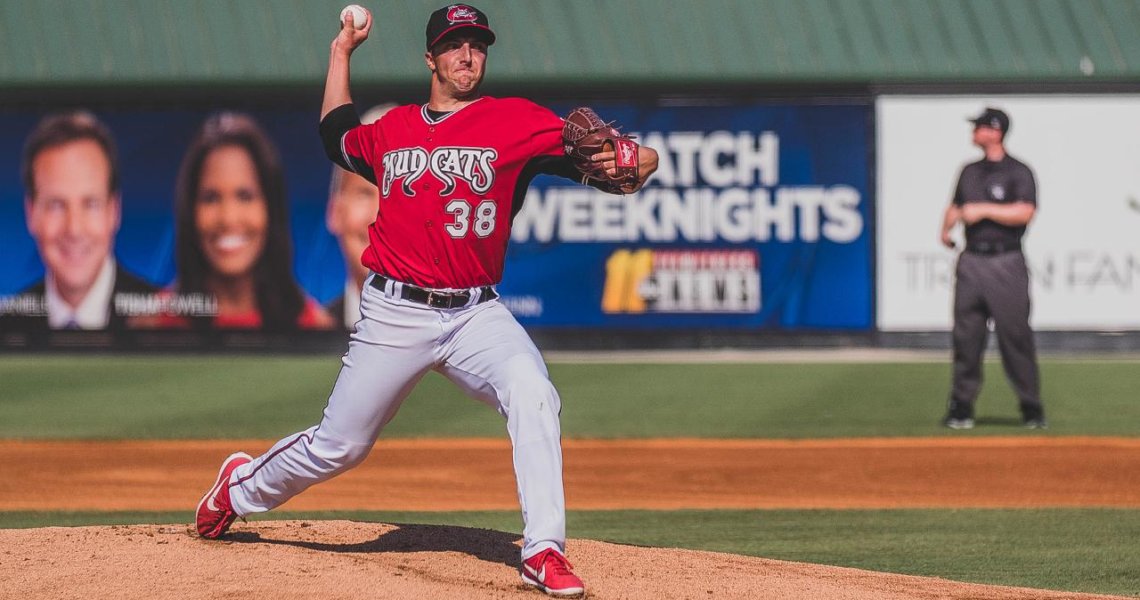 The “On-Season”: MiLB Pitcher Noah Zavolas Tells How He’s Getting Better this Off-Season

In the past, the minor league baseball offseason has been something of a black hole for players. We spend March through September preparing, training, and competing with a team, and then we are released back into the real world for almost half the year, often with little more than vague directives like “learn to pitch inside” or “develop your slider” or “hit for power.” As professional baseball players, we are expected to use the offseason to recover from a grueling season and address any weaknesses, all while navigating the challenges of life outside the clubhouse. Housing, food, strength and skill training are all left up to the player, and we do not draw a paycheck at any point other than when we are in uniform during the season.

As baseball evolves, many organizations are moving away from the traditional offseason model. With a few exceptions, gone is the instructional period immediately following the season in favor of a shorter segment immediately preceding Spring Training. Full-time offseason programs, in which an organization invites a handful of players to the Spring Training complex for five months of intensive, individualized training are increasingly in vogue. Organizations have realized the general inefficiency in asking players to continue their development away from the team. Instead, the Brewers have built out what they call the HOPS (High Output Performance Systems) program. HOPS’s main purpose is to identify those players already in the Brewers’ minor league system that would benefit from a data-driven approach to development. To that end, the goal of the program is not to take a pitcher that is successful throwing his 88 mph sinker and make him a 98 mph fireballer. Instead, HOPS begins with the idea that some things that were previously considered innate can in fact be taught, developed, and refined.

The Brewers are far from the only organization with a specialized offseason program. Most organizations now embrace the model and much of what is taught in these programs is adapted from Driveline’s methodology. Each organization sets their own player-based or organization-based goals and puts their own spin on how it is implemented. All of this is to say that MLB organizations are deriving more value than ever before from their minor league player development systems because we, as an industry, have almost entirely bought in to the idea that we can build better pitchers.

When it was suggested that I take part in the HOPS program, I was initially a little skeptical. I had resources around me at home that I knew worked for me and that I trusted. For an organization to ask a player to sacrifice an offseason at home, with his family, without pay, is a big ask. I wanted to be confident that in agreeing to do the HOPS program, I would be deriving benefit above and beyond the strength training, skill work, and throwing programs I had available to me at home. Ultimately, the draw of the sun and the warmth pried me away from Boston in the winter, and the individualized pitching instruction, strength work, and availability of athletic training resources has been a godsend. In my mind, the minor league offseason as we know it may begin to disappear as organizations begin to reap the benefits of increased investment in what their prospects eat, where they train, and how they recover. 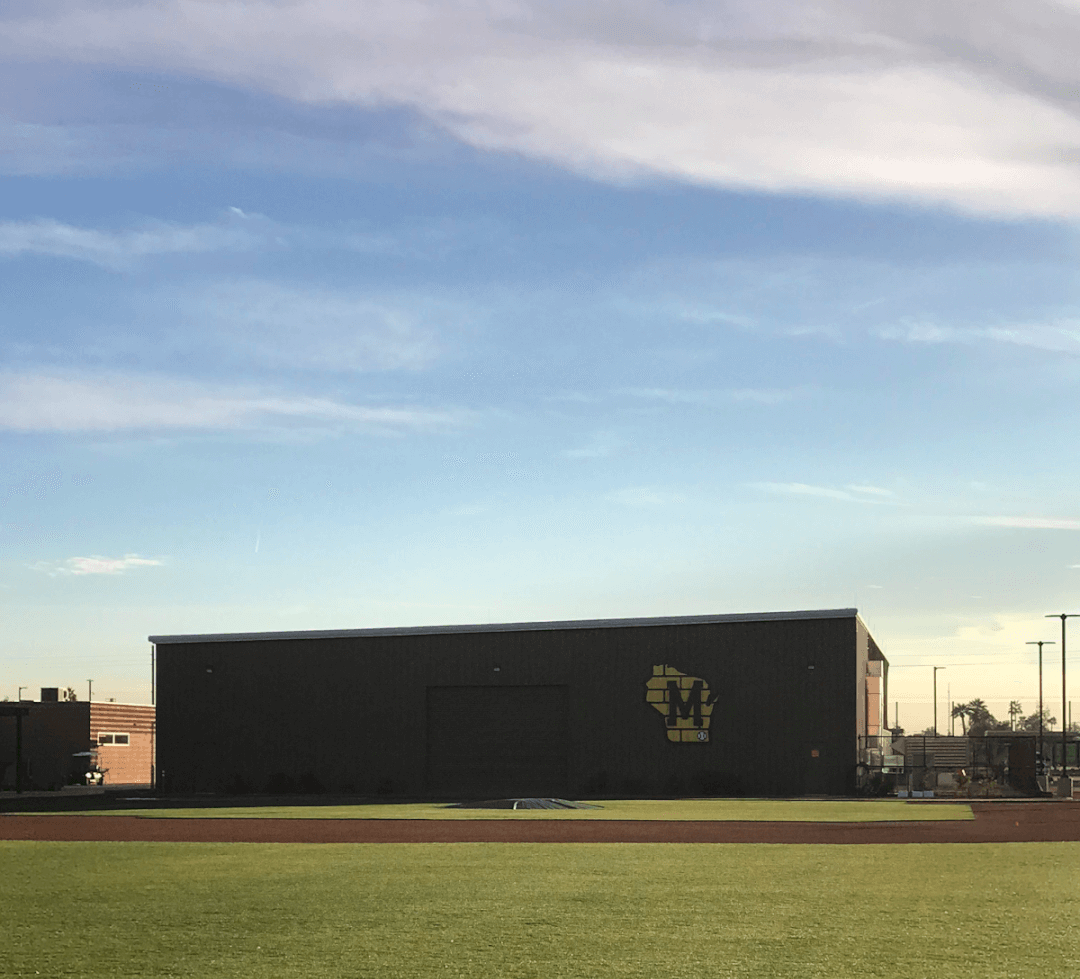 It doesn’t hurt that the Brewers spent most of this past offseason constructing a brand new Spring Training facility that was unveiled for Spring Training 2019. The structure, fields, and all items vital to running a successful Spring Training were in place, but now in the second offseason of its existence, the Brewers organization has been able to outfit the complex with some of the finer things. In addition to the seven full-size fields, practice infield, and agility field, the complex now boasts a state-of-the art biomechanics lab, mixed media meeting rooms, and two full-time chefs responsible for preparing breakfast and lunch for players and staff at the complex year round. 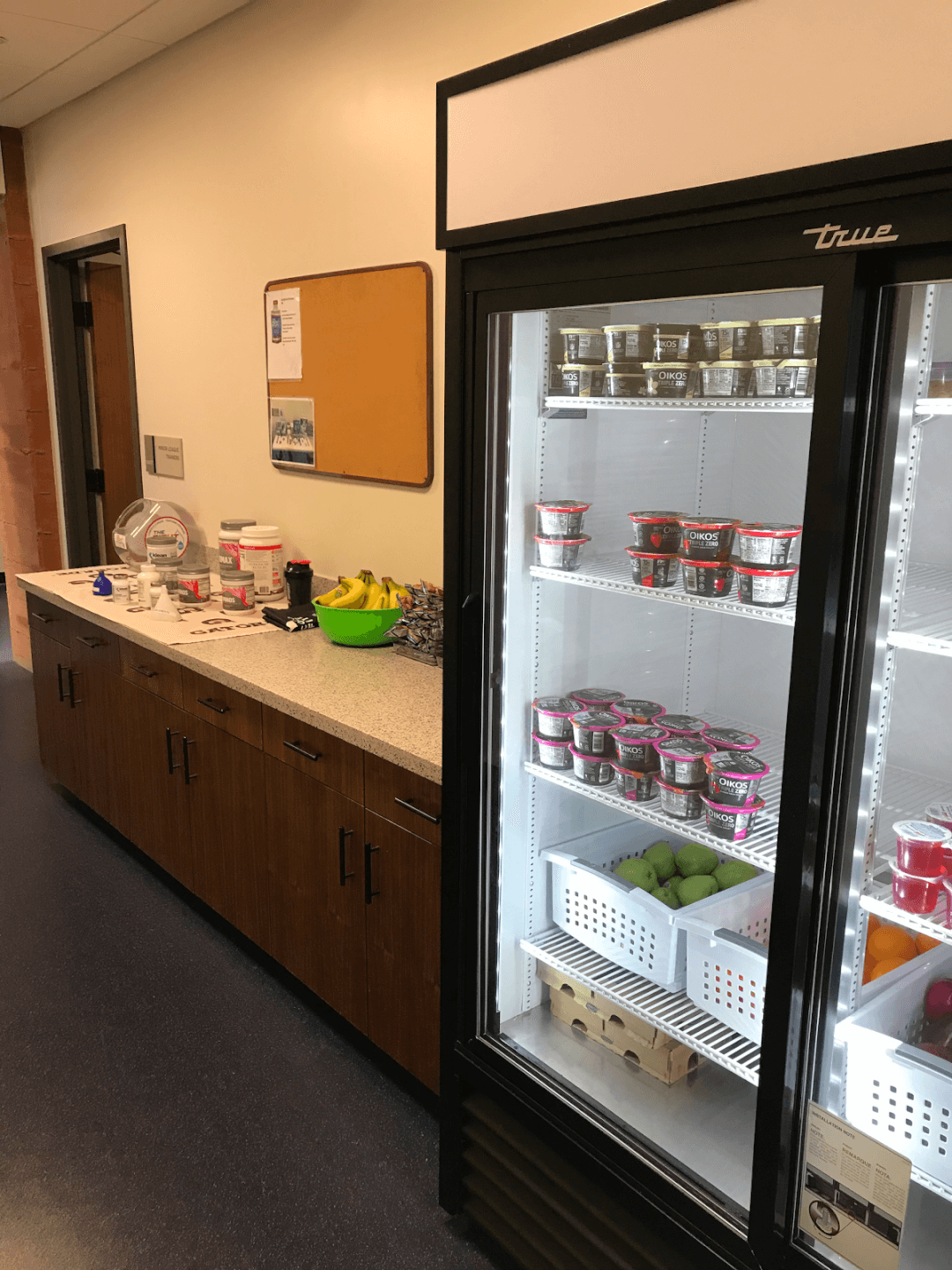 Fueling station next to the weight room stocked with supplements and whole foods useful before, during, and after workouts (Courtesy of Noah Zavolas)

It may come as no surprise that coaxing teenagers and twentysomethings to make performance-minded food choices is akin to herding cats. There’s only so much grilled chicken and broccoli you can eat. To the Brewers’ credit, hiring full-time employees has translated into much healthier and tastier food, which is a bigger deal than you might think given that the $125 in meal money we receive each week is meant to cover dinner Monday through Friday and all three meals on the weekend. Many players elect to take food home in reusable containers to supplement the groceries purchased with meal money. 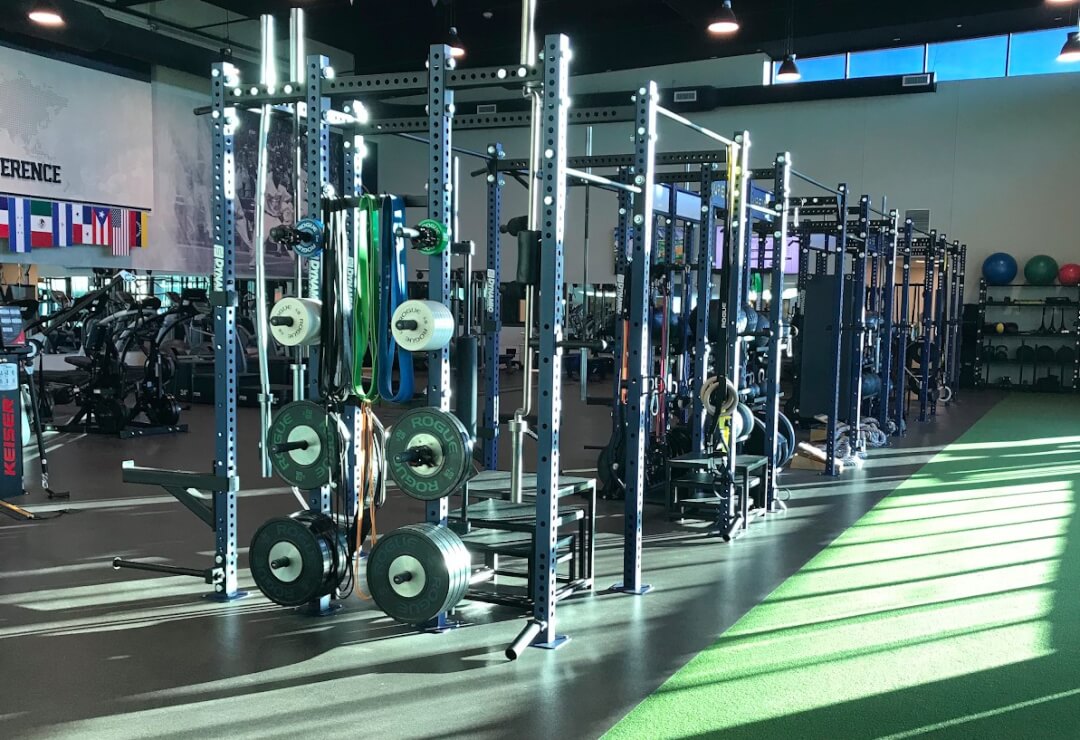 A typical HOPS day runs morning until early afternoon, and includes time for each aspect of training. Rather than have to go one place to throw, another to lift, and a third to have any arm care or recovery work done, it’s all right here at the complex, presided over by individuals whose job it is to make us better baseball players. The HOPS program functions in accordance with a great many metrics – movement screens Heart Rate Variability measurements, subjective workload scores, and DEXA scans all serve to benchmark, validate, or revise our training. 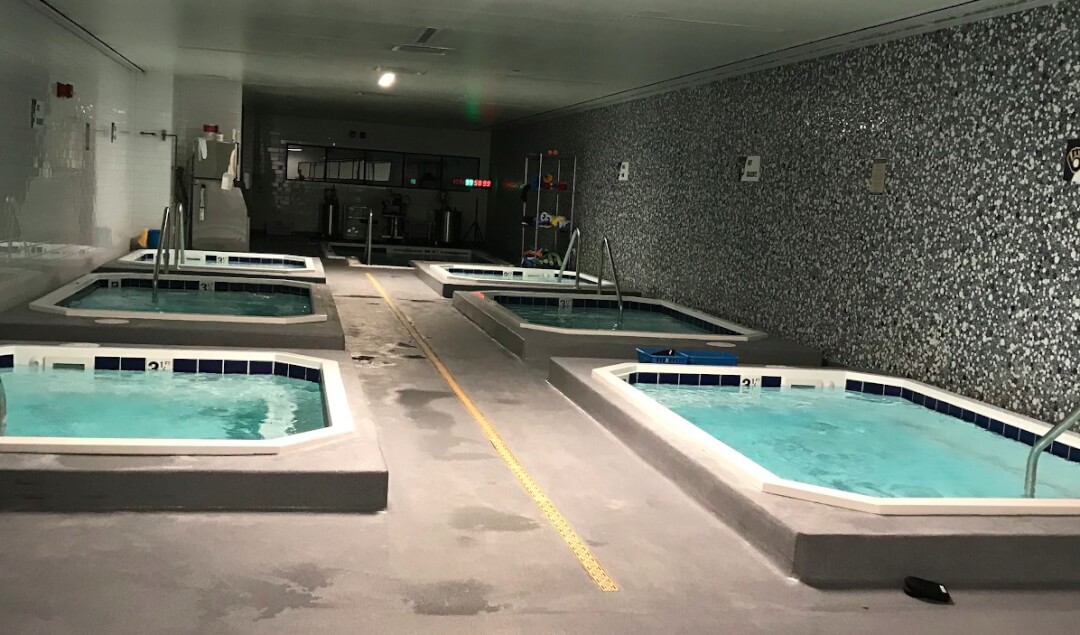 The 22-week throwing program involves manipulating the weight and size of the baseball being thrown, and the movement patterns that result in the throw. We do a little bit of everything, and at the time of this writing we are moving into the early bullpen phase of the program. 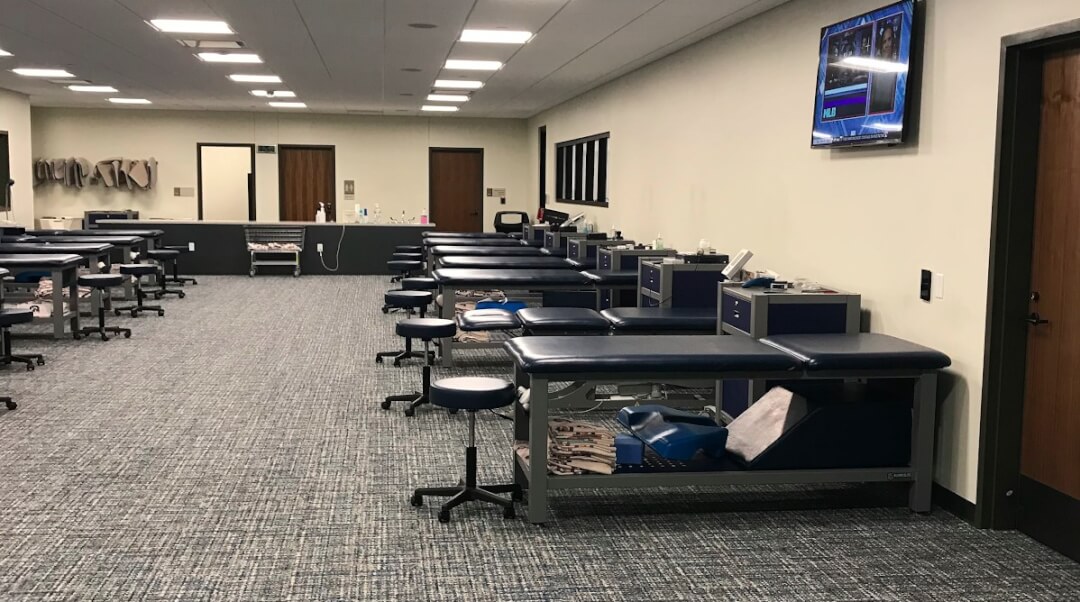 The Brewers built a brand new Spring Training complex last offseason and it has become a draw for players in the offseason. Both team and player have a vested interest in the improvement and eventual production of the player, and teams are beginning to realize that they can create or accelerate development by giving players the tools and resources to conquer the offseason. If contraction of any sort occurs in the Minor Leagues, organizations will be all the more eager to draw maximum production from a diminished crop of prospects, and they’ll have proportionally greater resources to invest in each player. The time may come when organizations elect to bring many if not all of their younger minor leaguers to the complex each offseason to better monitor health and development. Of course, minor leaguers participating in a full year of team-centered activities might erode MLB’s case for a Congressional provision stipulating that minor league players are seasonal workers. After all, development is a year-round pursuit.