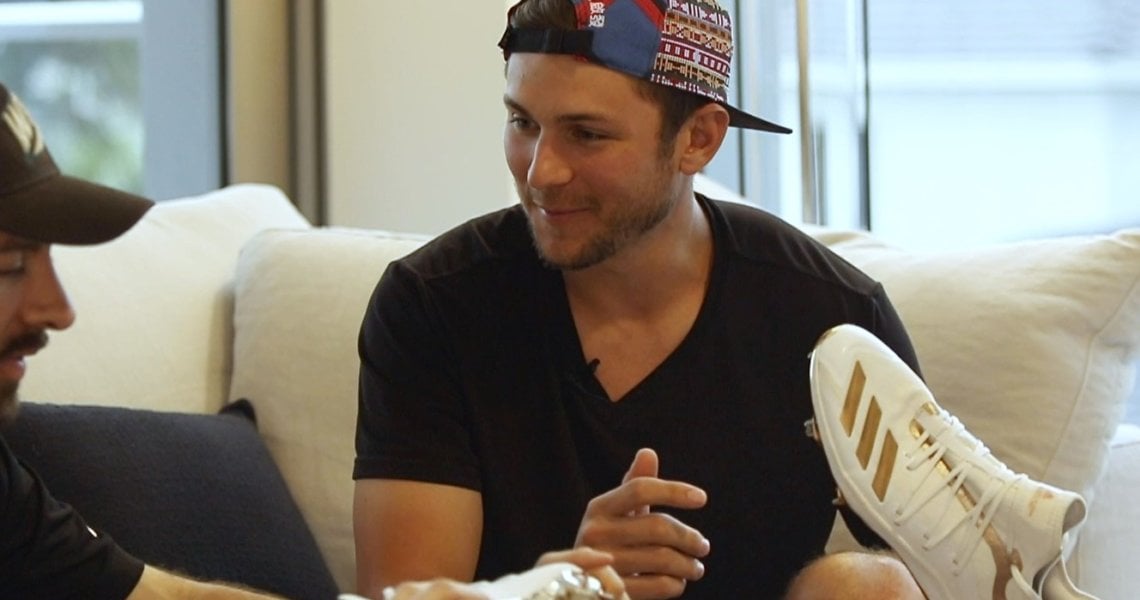 Adidas launched these two new iterations with an Opening Day “Charged Up” collection that you can shop here.

In time for the launch, Trea Turner welcomed WPW into his home to break down his choice, the adiZero Afterburner 6.

Trea pointed out the side-to-side lacing, which Trea believes is a big improvement over the Afterburner 5.

Adidas had some fun with these to signify the start of the new season, with “charged up” battery icons and other nods to the only thing people care about more than their shoes—their phones.  (No, these cleats do not have a wi-fi password)

“START SEASON” on the insoles.

“DESIGNED BY ADIDAS IN OREGON FOR OPENING DAY 2019” on the tongues.

Another guy who’s repping the adiZero’s (at least in the photoshoot), Alex Bregman, may wear these.  We’ll see as the season progresses if he favors those, or the new Boost Icon 5:

The Boost Icon 5 is also available in the “Charged Up” pack.

While Judge wore the Icon Bounce on Opening Day today, that didn’t stop him from going GQ on this adidas photoshoot with the Boost Icons instead.

Which cleat would you choose?