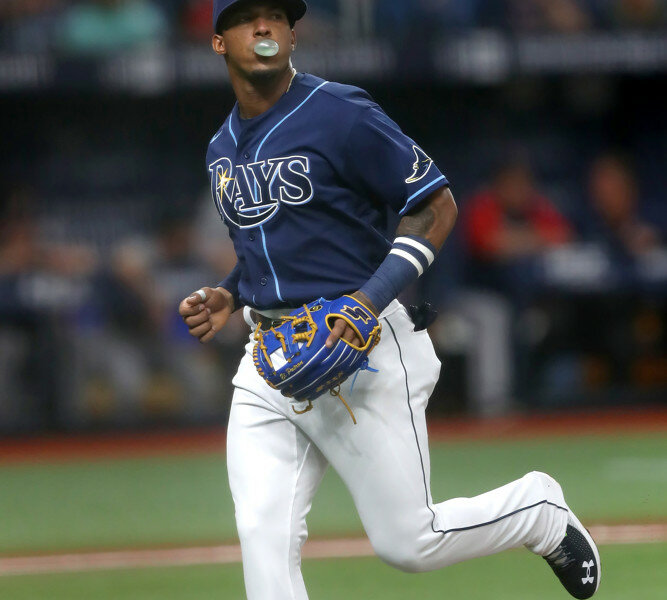 What kind of 20 year old rookie has the words “The Boss” inscribed on his glove?

Wander Franco was the most impressive player for me to watch in the 2021 playoffs. While Kike’s performance was legendary, Wander showed me exactly why he goes by “El Patron.” His poise and skill showed immediately and often, and he’s the type of player that could bring the first World Series trophy to Tampa some day.

One of my personal favorite gloves of the year was Wander’s debut SSK glove, shown below.

He only wore it for a day and landed in a classic camel/black SSK for the rest of the year, but the royal blue/tan was a stunner.

This year, SSK put together a few more colorways for the young killer. Lets have a look and take a poll on which we like best.

This SSK ZPro 11.75″ glove for Wander is in the Rays modern sky/navy blue, also a killer combo that rivals the old teal.

And here’s a worthy glove compliment to the Rays hypothetical throwback aka “fauxback” which features gold accents. It really could work for any uni with the predominantly black leather.

SSK was offering an 11.75″ and an 11.5″ ZPro under Wander’s name for $350, but both are out of stock. Shop some similar ZPro options here for $350, but it looks like they’re in limited stock because most are already sold out.

Which Wander glove would you pick as a gamer? I choose…ALL OF EM.