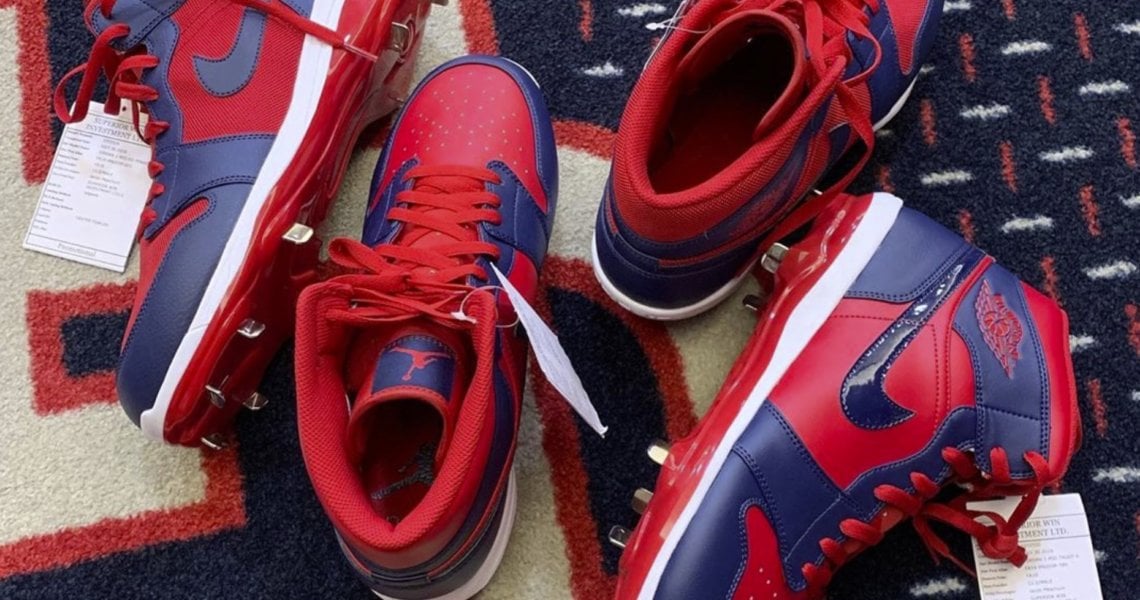 What the Cardinals Wore in Game 5: Edman, Ozuna, Fowler, Bader

It was a bloodbath in Atlanta, as the St. Louis Cardinals rode a 1st inning 10-spot to a 13-1 victory over the Atlanta Braves, advancing to the NLCS to face fellow underdogs, the Washington Nationals. 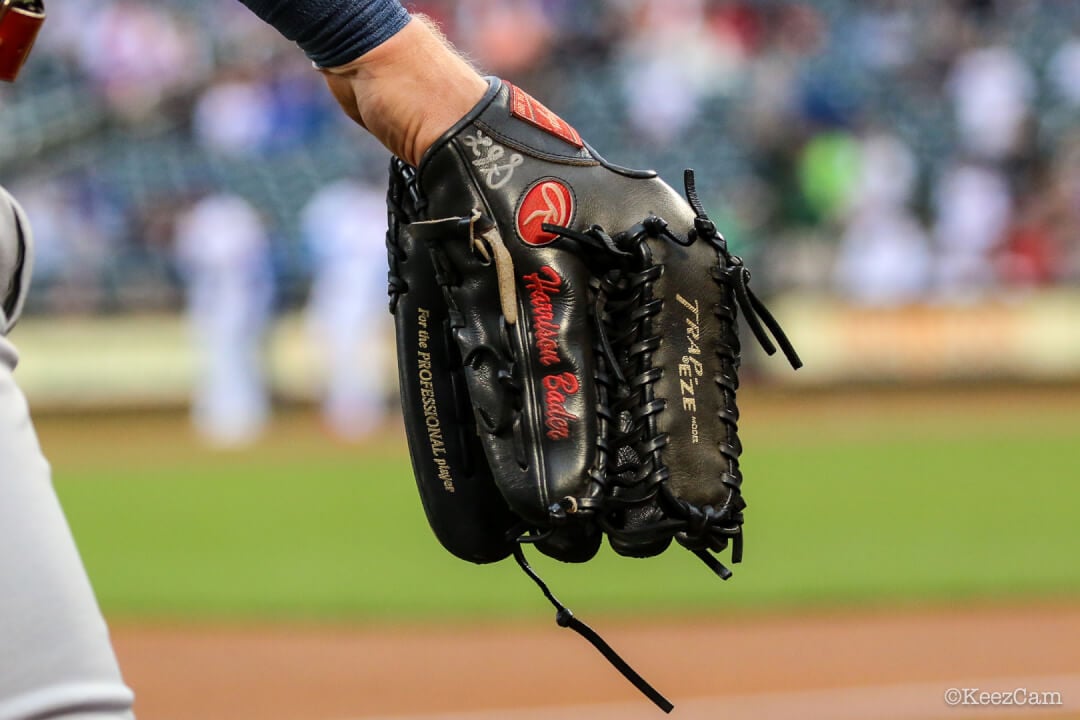 Have you ever seen a defensive replacement in the bottom of the first?  That’s exactly what happened when Matt Carpenter was replaced in favor of Harrison Bader’s black-on-black Rawlings trap in center (shop traps at Rawlings.com)… 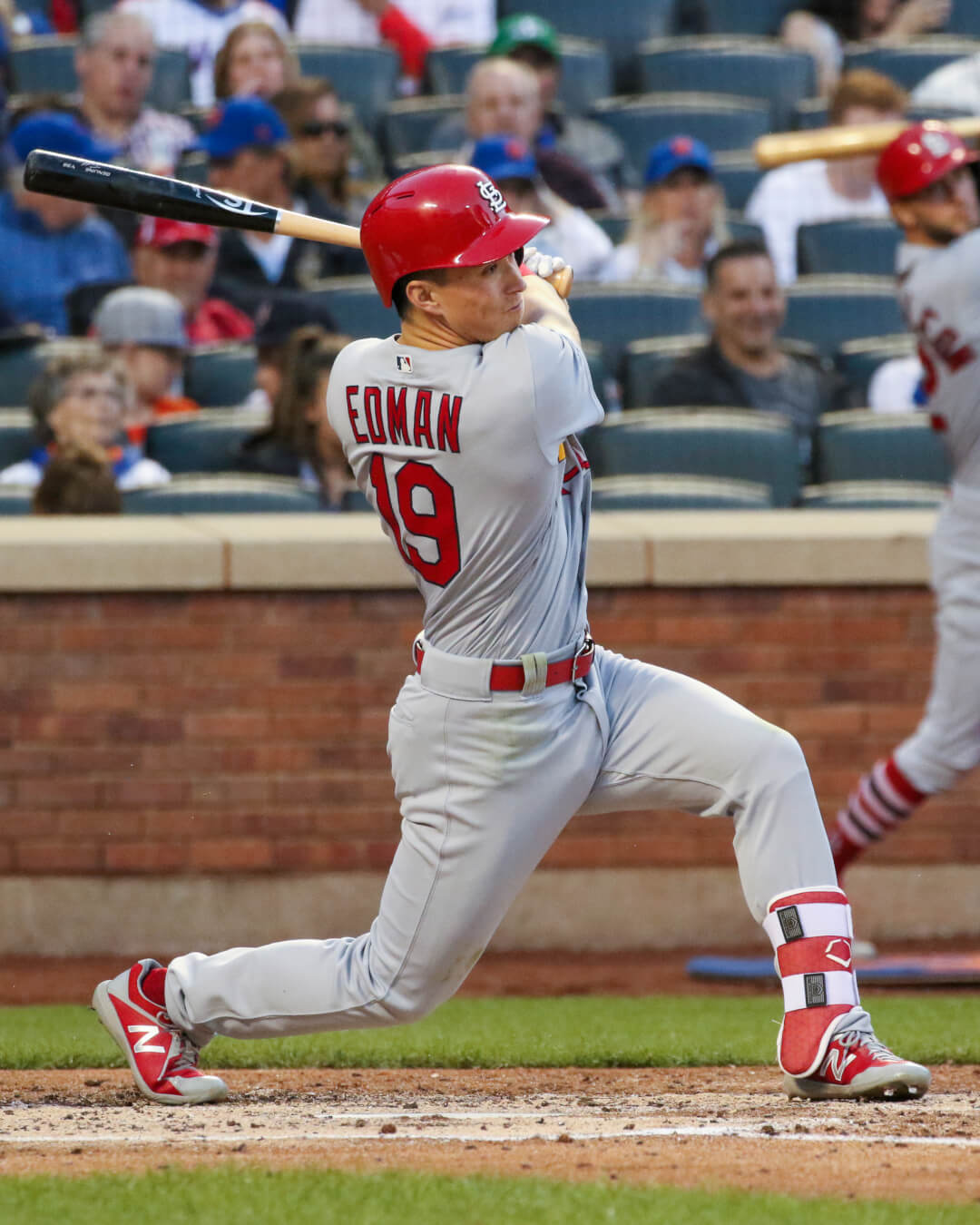 Edman, the switch-hitter out of Stanford, has made himself an essential piece to the Cardinals puzzle, doubling to break the game open and adding a triple off the wall in the biggest game of his life.  Edman swings a Y38 from Louisville Slugger, which we’ve got no info on, unfortunately.  Please comment if you have anything on this bat.  From the picture, it looks like a long barrel fast taper with a medium flare, similar to an i13. 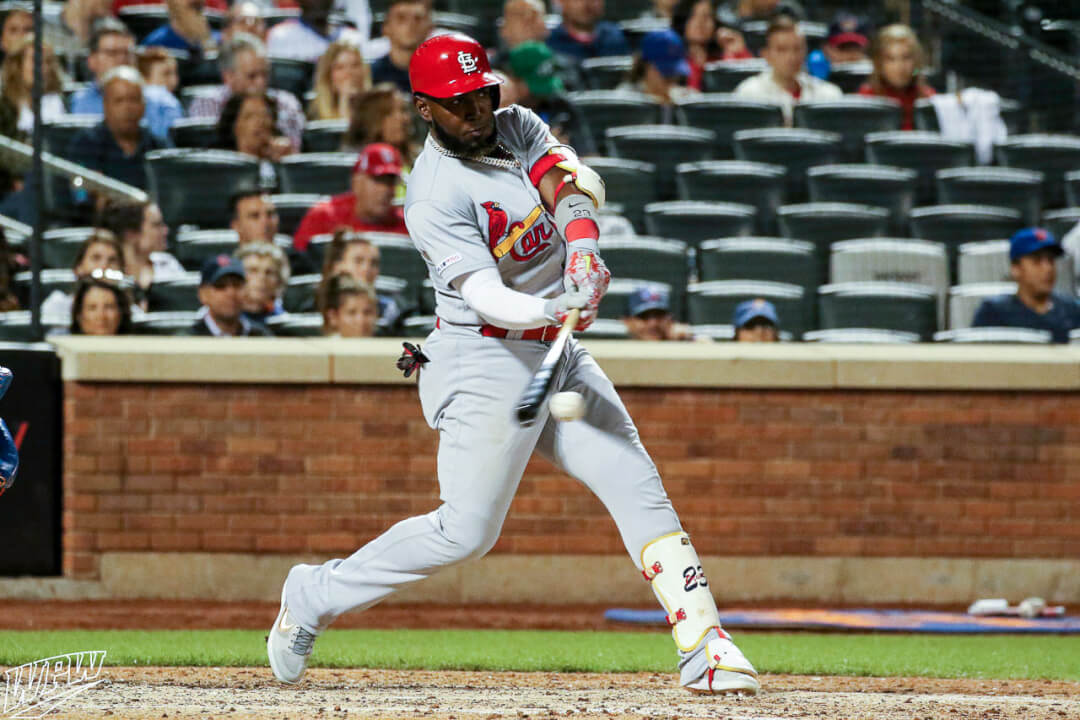 Marcell Ozuna is from the Yoenis Cespedes School of Swag.  Sleeves.  Bands.  Guards.  Chains.  More guards.  Its a barrage of flair. 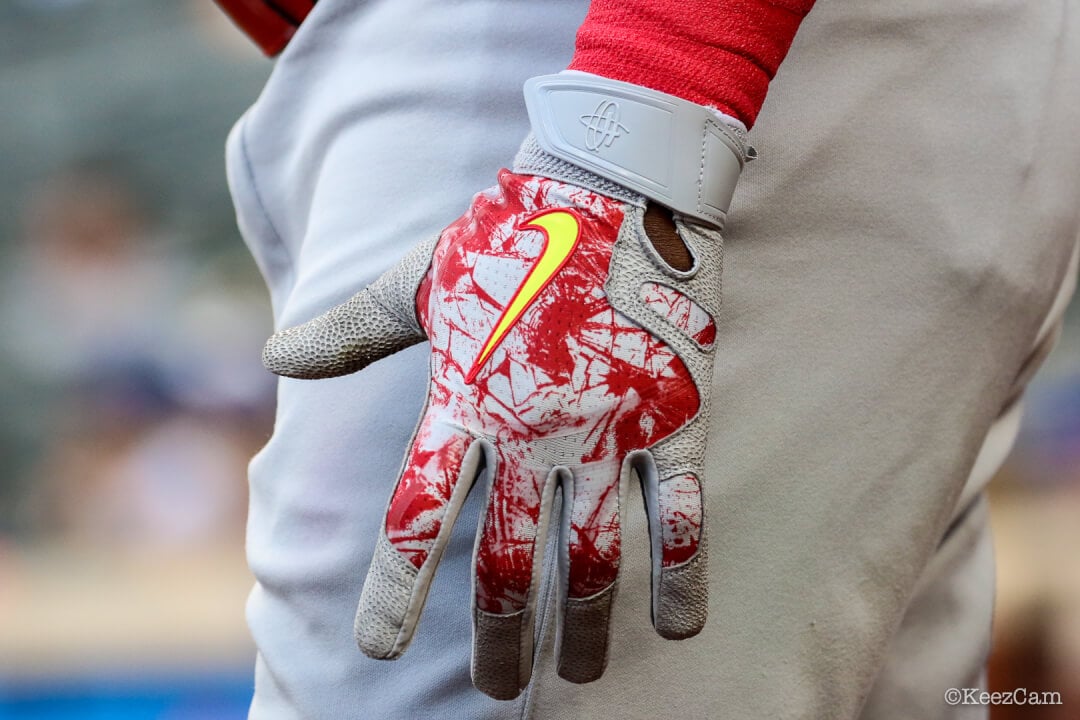 Straight opulence.  Ozuna led the Cardinals (along with Paul Goldschmidt) with a .429 batting average in the Division Series.  He wore these Huarache player exclusive batting gloves that were some of the most unique batting gloves of any Nike athlete this year.  Shop Huarache batting gloves at Dick’s Sporting Goods. 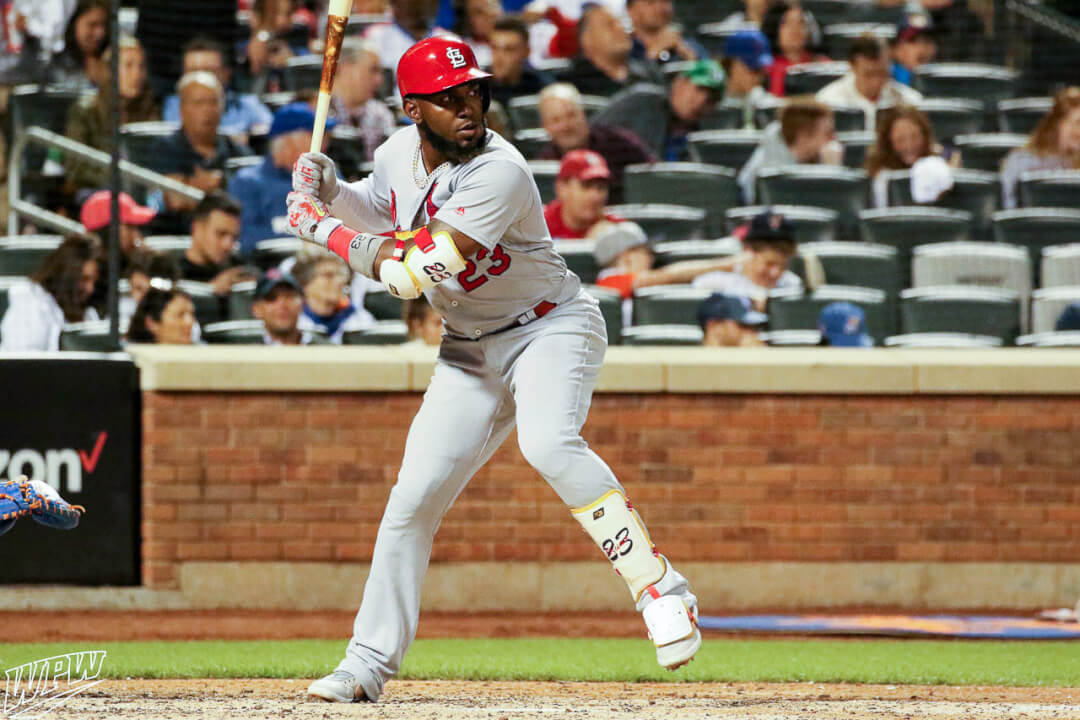 AXF x Belgard custom guards-a-plenty.  Ozuna didn’t wear the white ones… he wore gold ones that may or may not have blinded the opposing pitchers.  We’ve been reporting on Belgard products for several years, but this is the first time we’ve recognized that there’s a difference between Belgard and AXF x Belgard, which claims to add balance and stability through “Electron Spin Resonance” technology.  Check out this page on Belgard’s USA site and you can be the judge on whether you believe it. 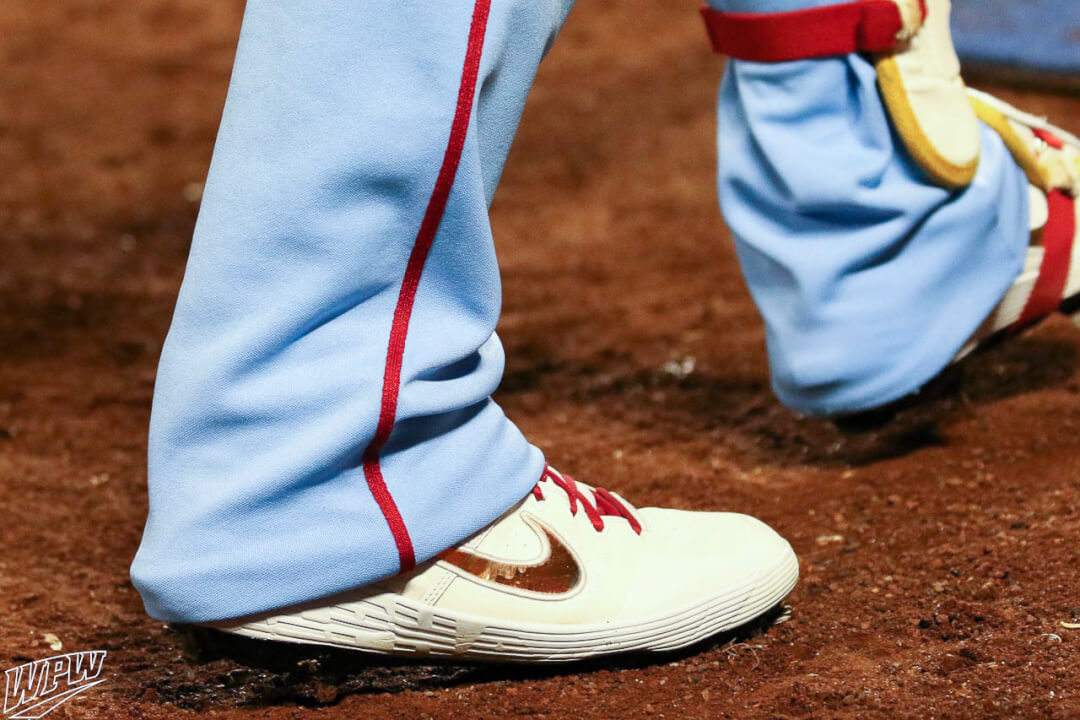 Dexter Fowler wore these player exclusive AJ1 cleats and added another 1st inning double that scored two, making it 7-0. As a ballplayer, a 5-run comeback seems a lot more doable than a 7-run comeback, so Fowler’s hit must have been massively deflating for the Braves and the home crowd. 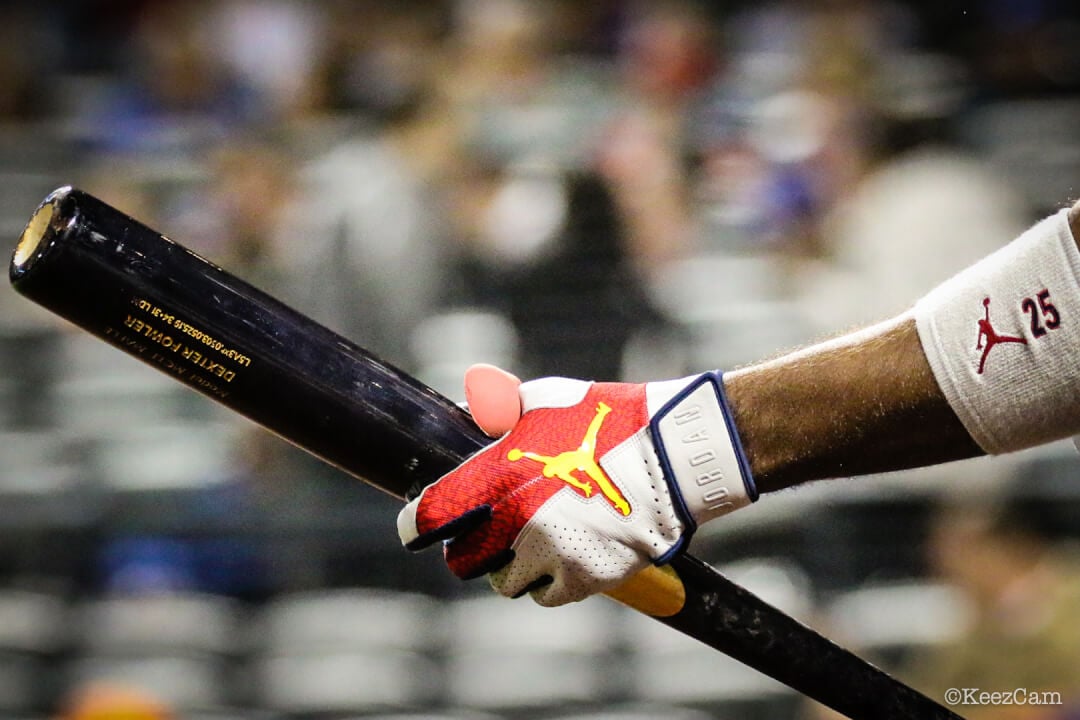 Fowler did the damage with a Chandler MC1.1 Maple bat, which is likely a similar bat to Miguel Cabrera’s Sam Bat, and these Jordan batting gloves.  The BG’s are player exclusive and nothing even close exists online. 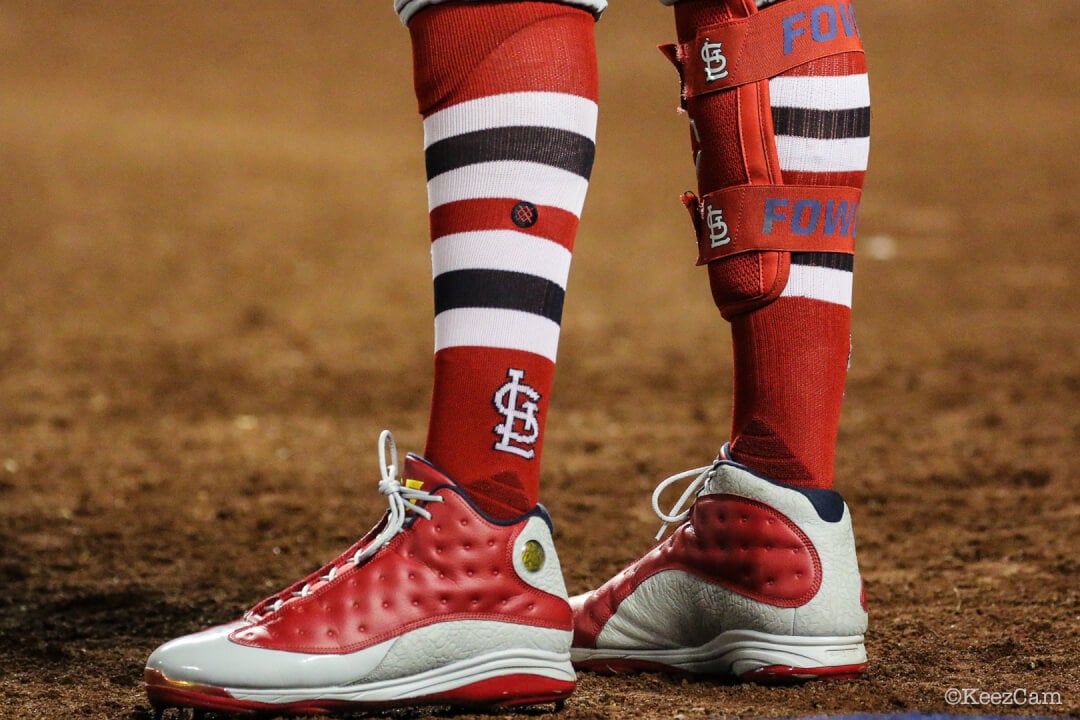 Fowler finished off the swag clinic with these Stance Cardinals Pro OTC socks, available at Stance.com for $24.

Young ace Jack Flaherty will likely never receive a greater show of run support than Game 5, and he kept his proverbial foot on the Braves’ proverbial throats in Nike Alpha Huarache Elite 2 cleats that you can make through the Nike By You builder for $145 with Nike’s pitching toe.  Jack gave up as many runs as he personally scored, just one through six very quiet innings for the stacked Braves offense.

We featured another Game 5 hero, Kolten Wong, recently, and you should check that post out here.  Paul Goldschmidt, who absolutely raked in his first playoff series as a Card, never changes his gear, and you can check his locker here.