Acuna’s Louisville Slugger B415C is a “unique end-loaded turn, which has been ordered in the last five years by Jorge Bonifacio, Ender Inciarte, Paulo Orlando, Cesar Puello and Raul Mondesi Jr,” according to Slugger’s pro dept.  Acuna’s Slugger is a 33.5 inch/30.5 ounce bat with an AJ10 handle, an i13 barrel, and a flared knob.

Update: Louisville Slugger now offers an Acuna inspired B415 bat, which features the Venezuelan flag within the Slugger logo and Acuna’s nickname, “El Abusador,” a spanish term which translates as “The Punisher” on the trademark. 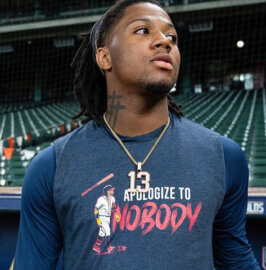 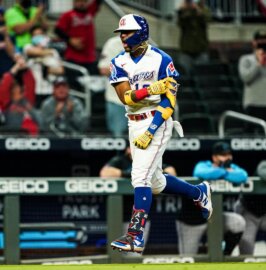 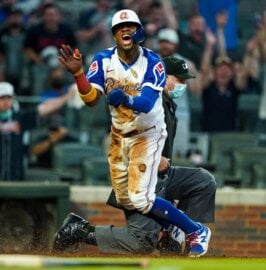 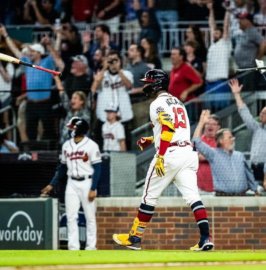