Mike Trout has been swinging Old Hickory bats since the day he busted into the Big Leagues. The cut hasn’t changed, but Mike Trout’s bat model numbers have changed. Trout’s bat was originally the J143M, which Old Hickory describes here:

“The J143M has a medium barrel with a short taper to a thin handle that runs straight into the knob. The J143M offers an extremely long barrel and a large sweet spot.”

The J143M bat is available, as is his namesake model, the MT27. Trout’s game model bat, the MT27 has an asterisk next to it though, and we’re told its because the retail model is more like a T141, not the J143 that Trout actually swings.

Mike Trout sent his 250th career bomb 470+ off Jakob Junis with his standard weapon of choice, the Old Hickory MT27 and a black Lizard Skin grip. We have him pictured with different colored Lizard Skin grips as Trout switches it up often. 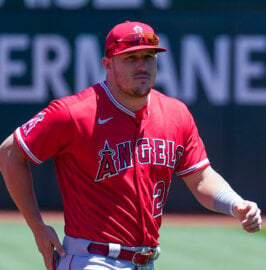 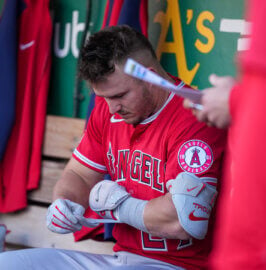 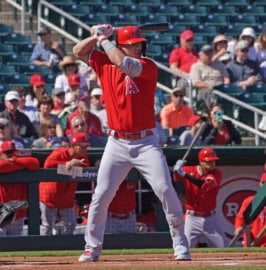 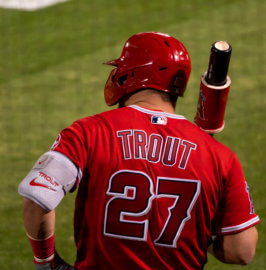 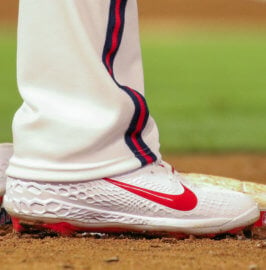 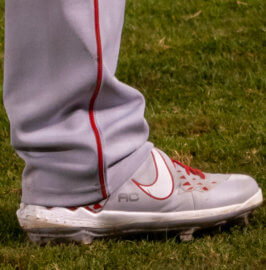