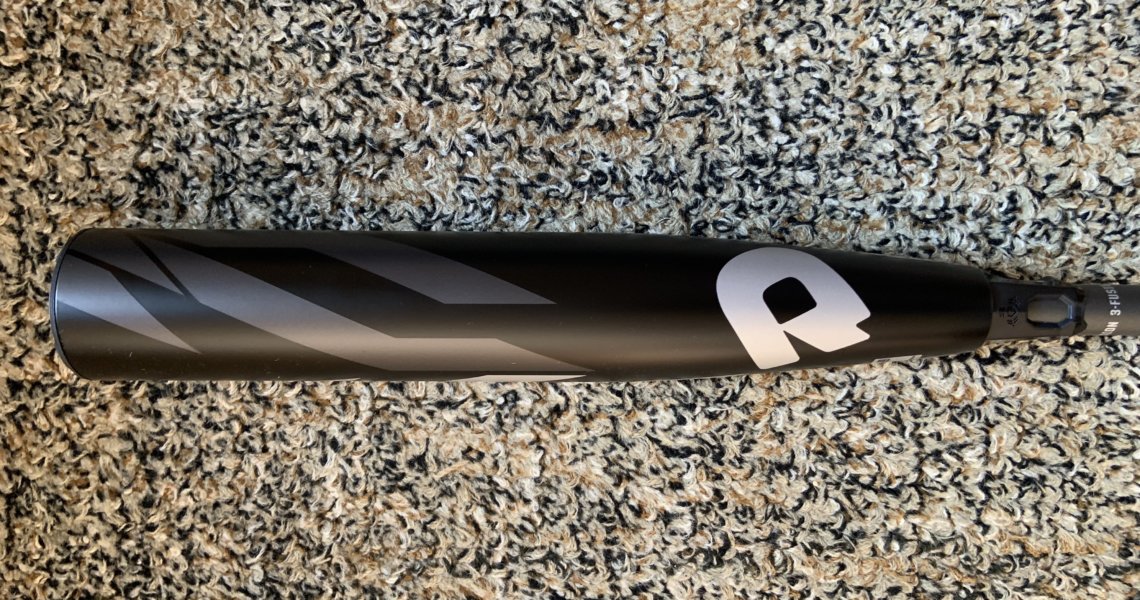 The 2019 DeMarini CF Zen continues the strong tradition of DeMarini’s CF series. The CF Zen is an extremely balanced multi-piece composite that has earned its place as one of the most popular bats in youth baseball. WhatProsWear tested the -5 USSSA CF Zen Black model, which is identical to the regular CF Zen except for the barrel paint job.

The CF Zen look is modern and sleek, I really love the Black model that we got to test. 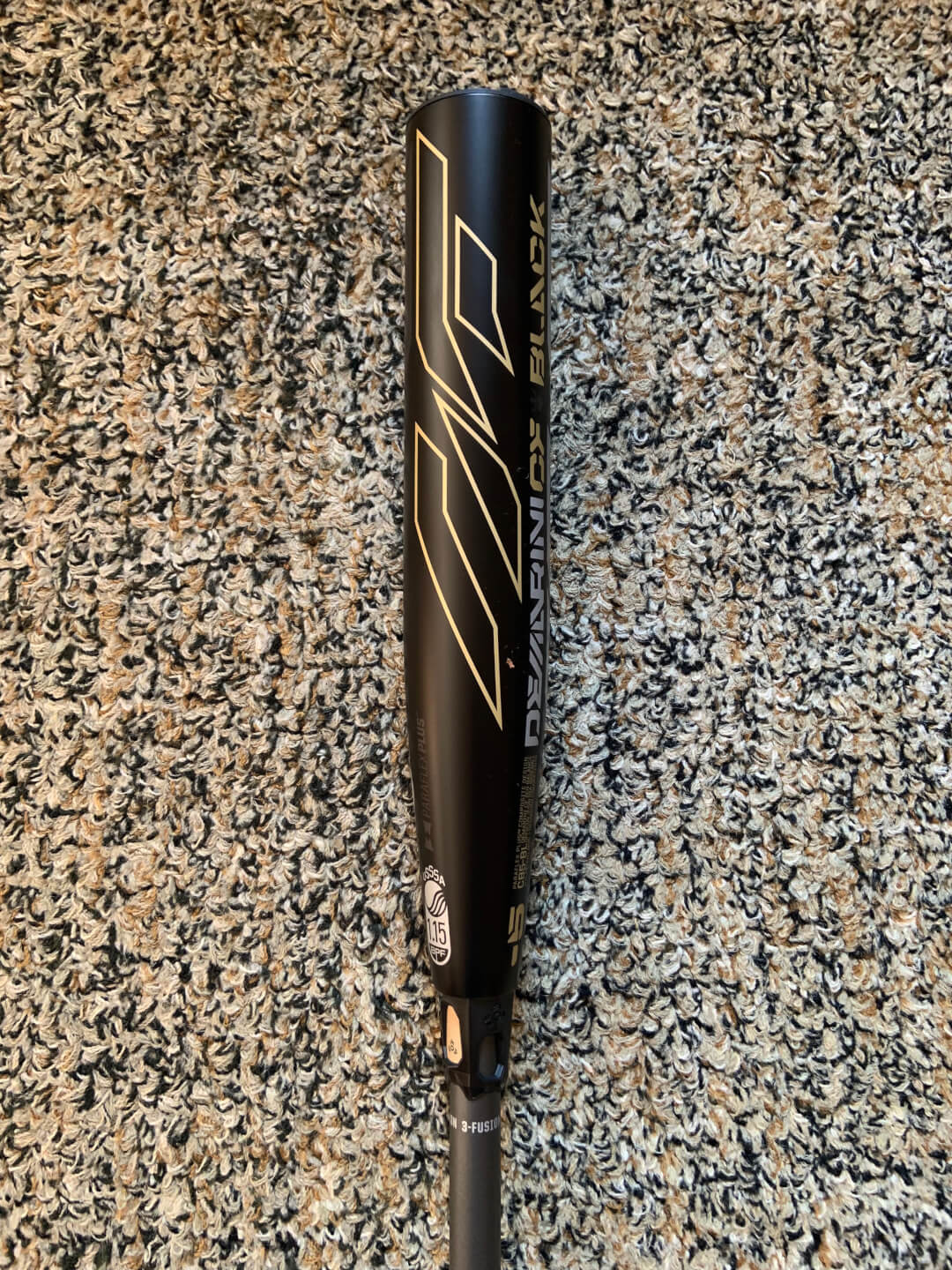 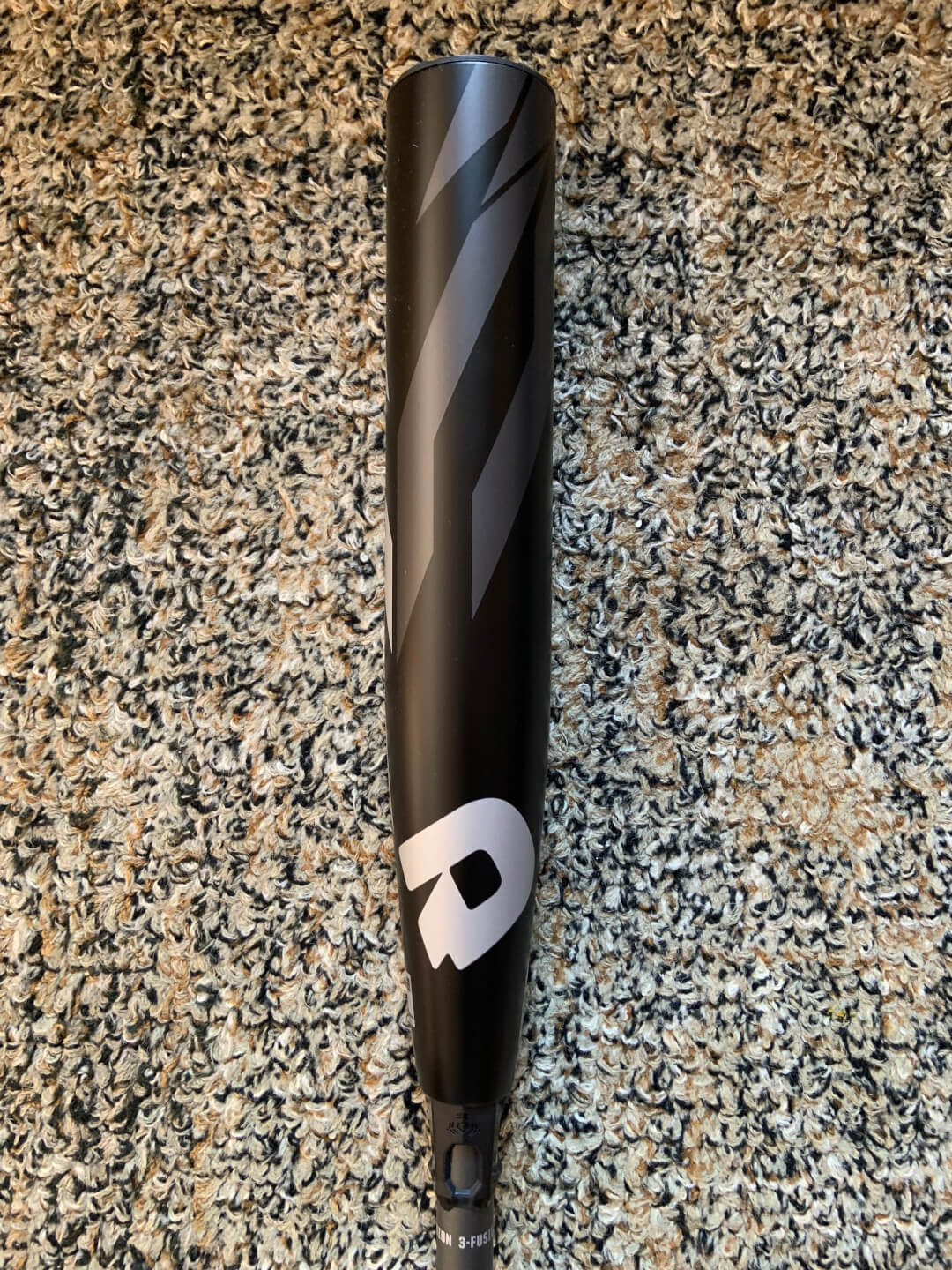 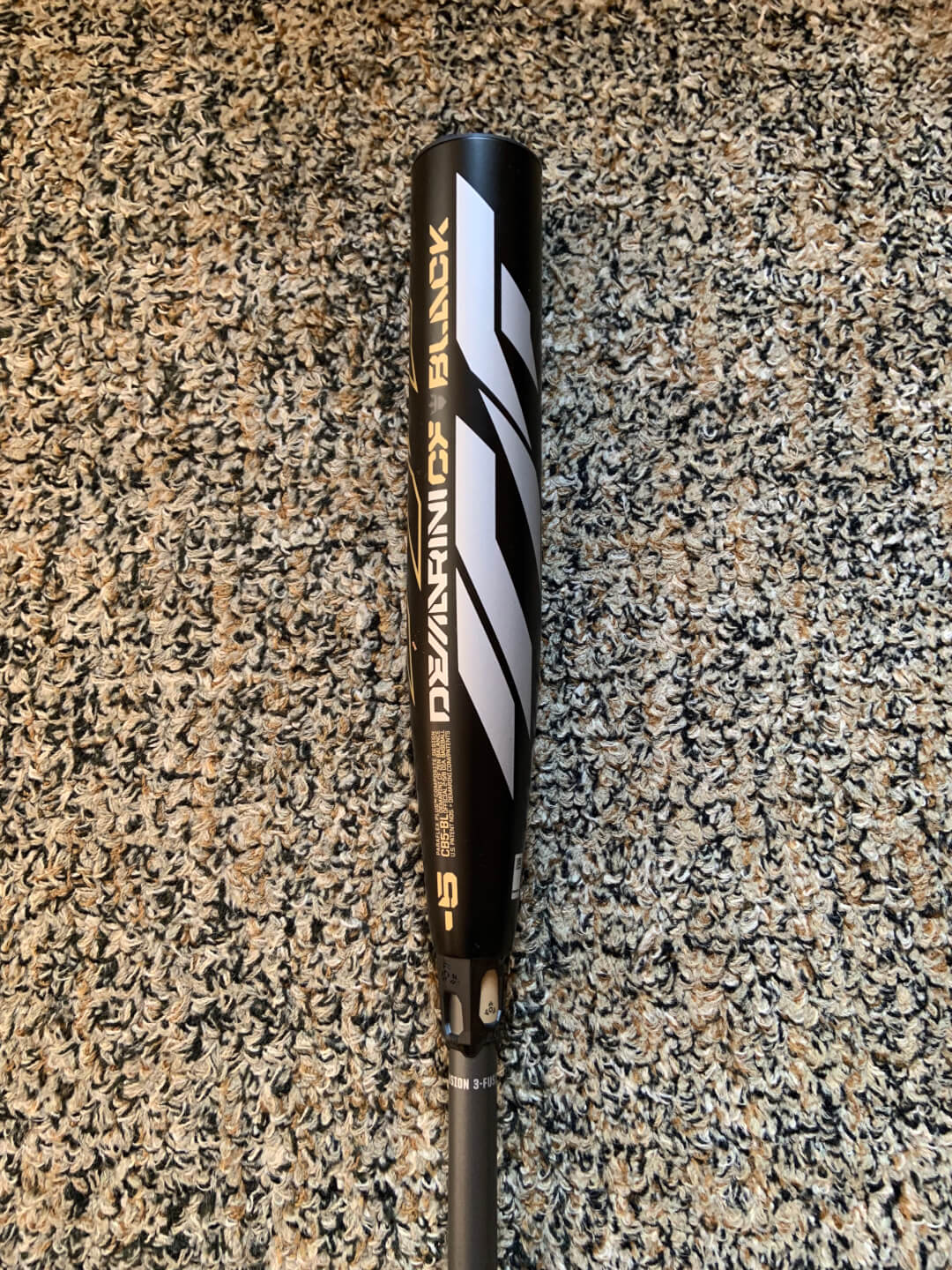 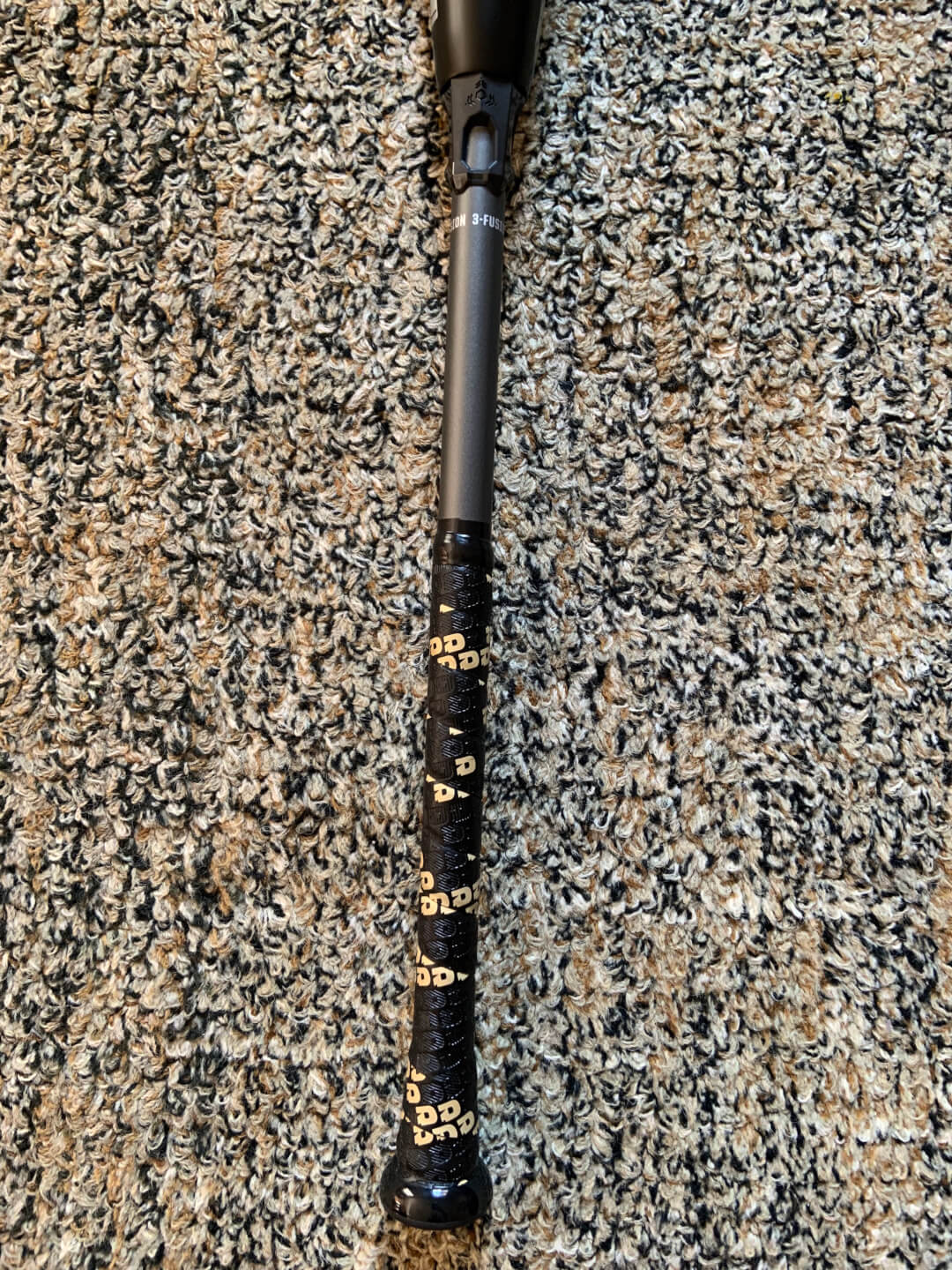 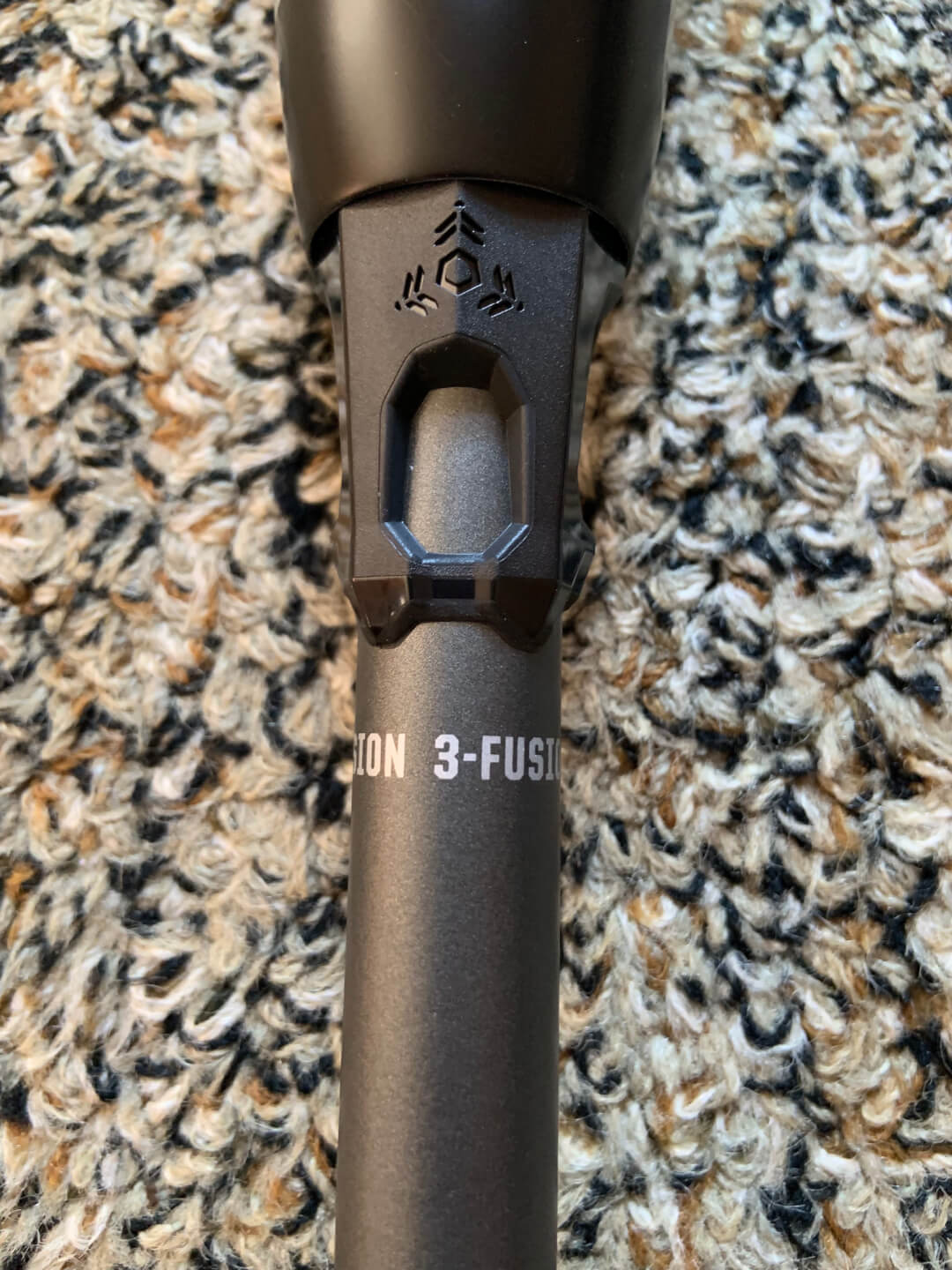 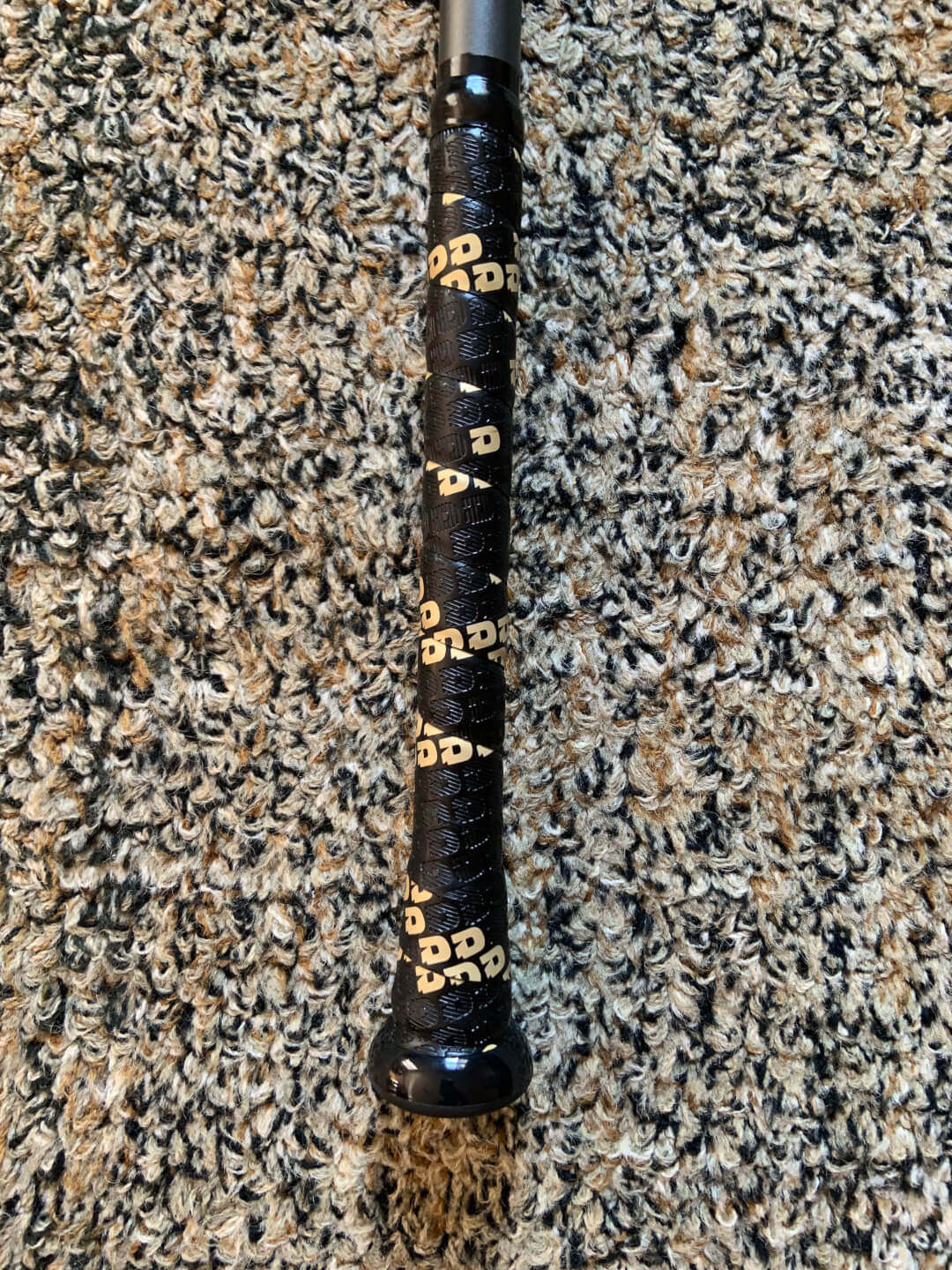 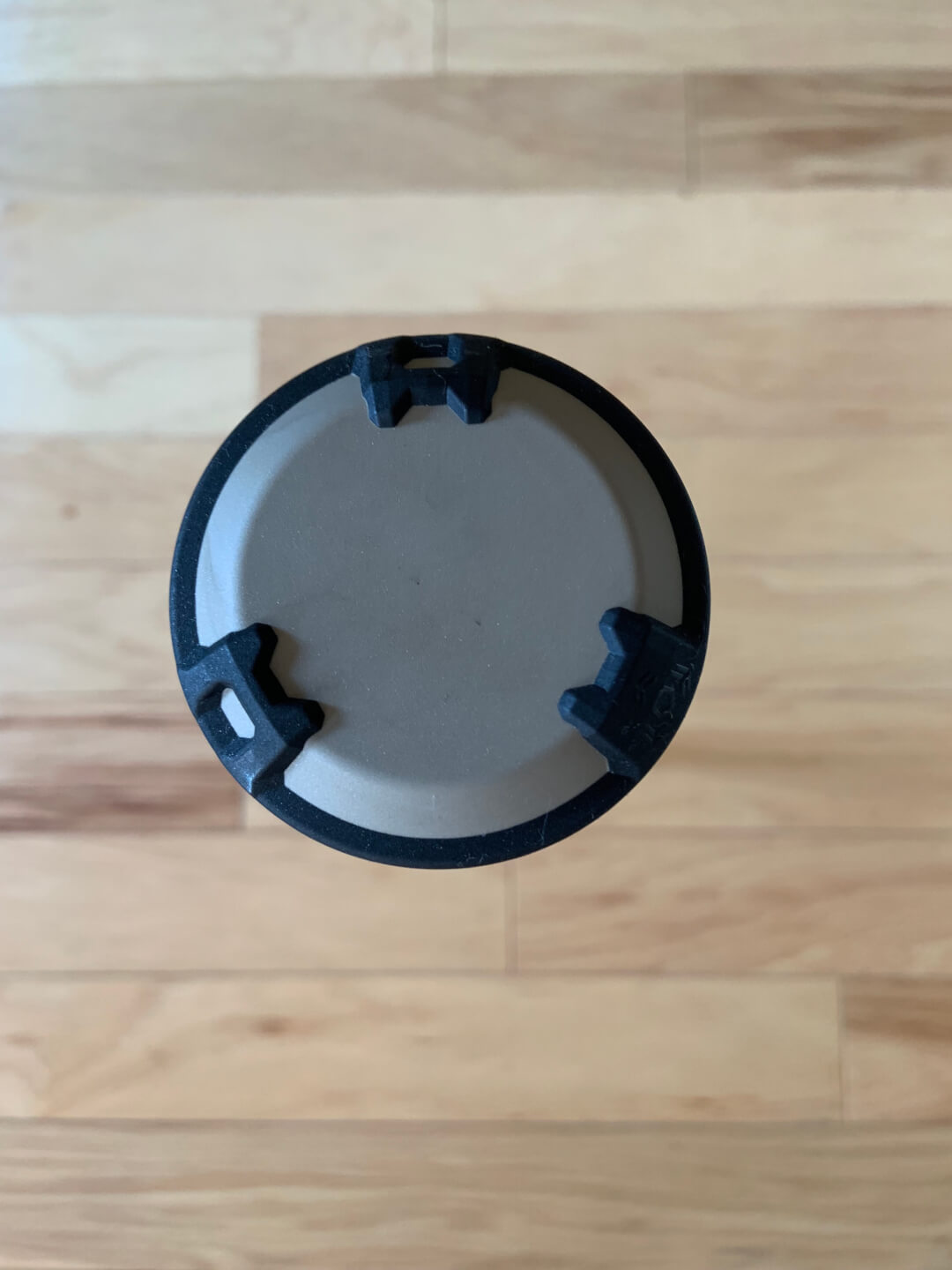 The CF Zen utilizes an ergonomic knob which DeMarini calls the X-Lite. This is designed to rest more comfortably against your bottom hand. One of the more overlooked aspects when it comes to metal bats is the knob, but I find that the X-Lite knob really adds a nice touch to the bat and shows how much thought DeMarini puts into their designs. For those who have swung a DeMarini bat in the past, the knob shape is going to feel very familiar. The difference between the X-Lite and previous knobs is that DeMarini hollowed out the bottom of it into a bowl shape to save weight. 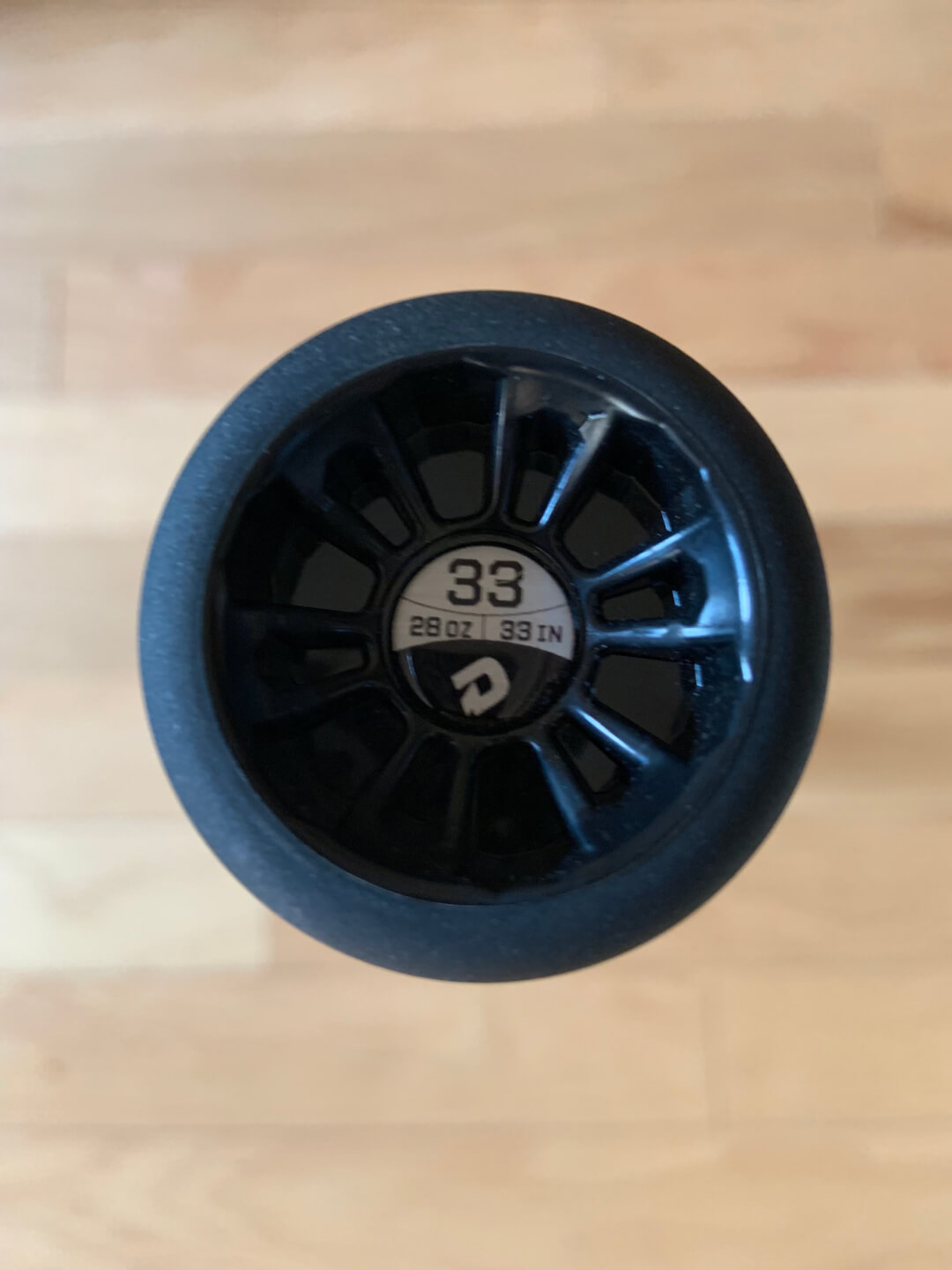 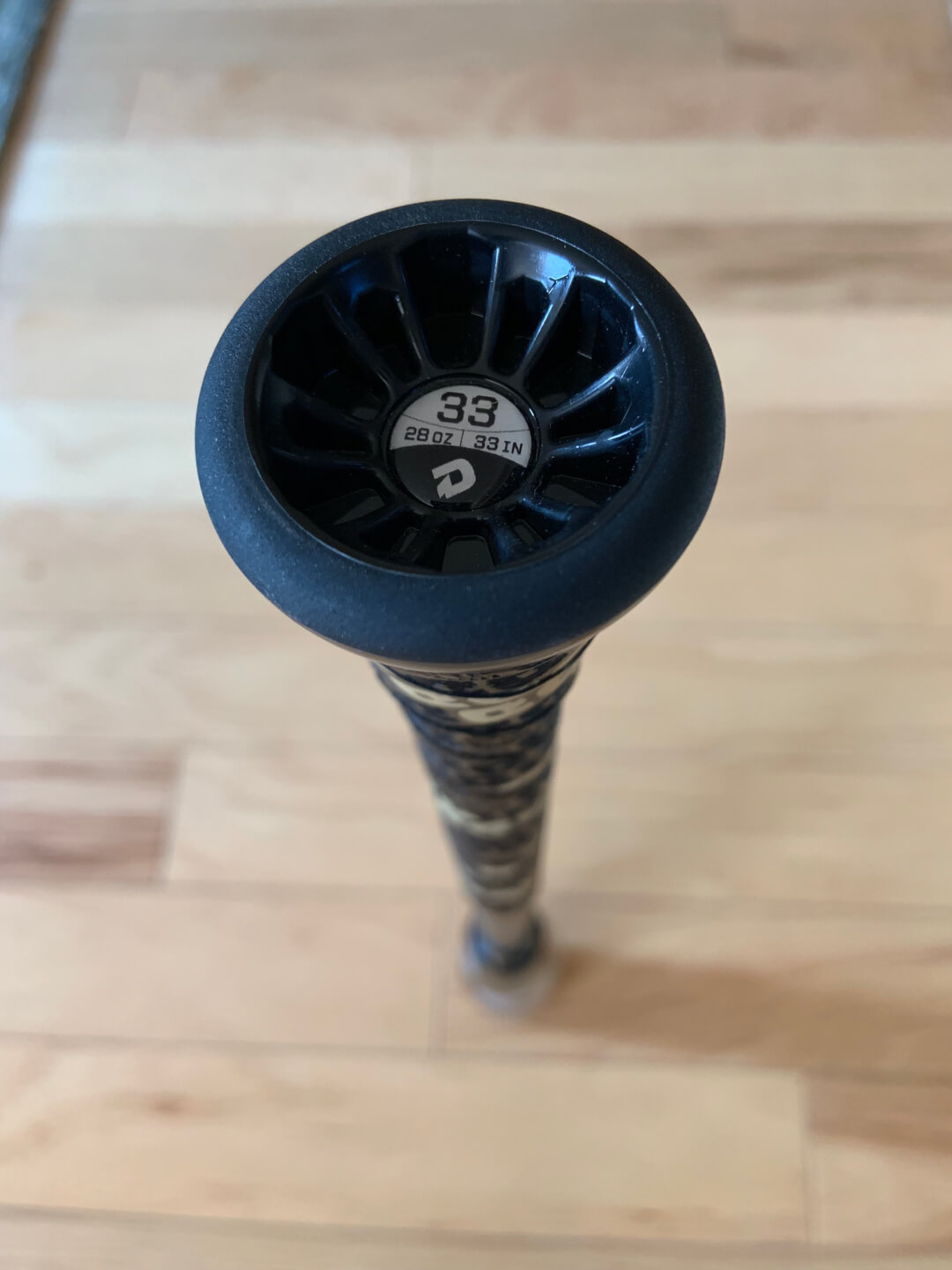 The -5 model has a flared handle, but it seems that the -8 and -10 versions have less of a taper into the knob. I liked the grip, which is a little firm and has an indented pattern of ‘D’s’ that provide traction.

The Zen is designed as a featherweight multi-piece composite, meaning that it is one of, if not the most balanced bats available. This is impressive considering the massive barrel that the Zen flaunts. DeMarini was actually able to increase the barrel size from the 2018 model by utilizing their new Paraflex Plus composite. This new material performs the same but allowed them to extend the barrel while maintaining the same lightweight weight distribution that the CF series is known for.

The CF Zen is one of the highest performing bats on the market. Its ultralight swing weight allows the hitter to really maximize bat speed by whipping it through the zone. The long barrel is a fantastic feature and gives the hitter a massive hitting surface and sweet spot. I was impressed with the pop right out of the wrapper, considering it’s a composite bat that will perform at its best after being broken in a bit. Still, even though it was a brand new bat, the ball was flying off of the barrel. There was a lot of flex throughout the swing and at contact, which is certainly to be expected when talking about a lightweight composite bat. The 3Fusion connection piece absorbs all harsh vibrations and seems to make it impossible to hurt your hands on a mishit ball. On contact, the bat produced a hollow, composite sounding ping. The ergonomic knob and effective grip add a luxurious finish to an already impressive bat.

I’d call the CF Zen the Ferrari of baseball bats because it’s one of the most proven, highest performing metal bats at the highest price range. If you love the feel of balanced, multi-piece composites and are able to afford it, you cannot go wrong with the 2019 DeMarini CF Zen. Great job, DeMarini! 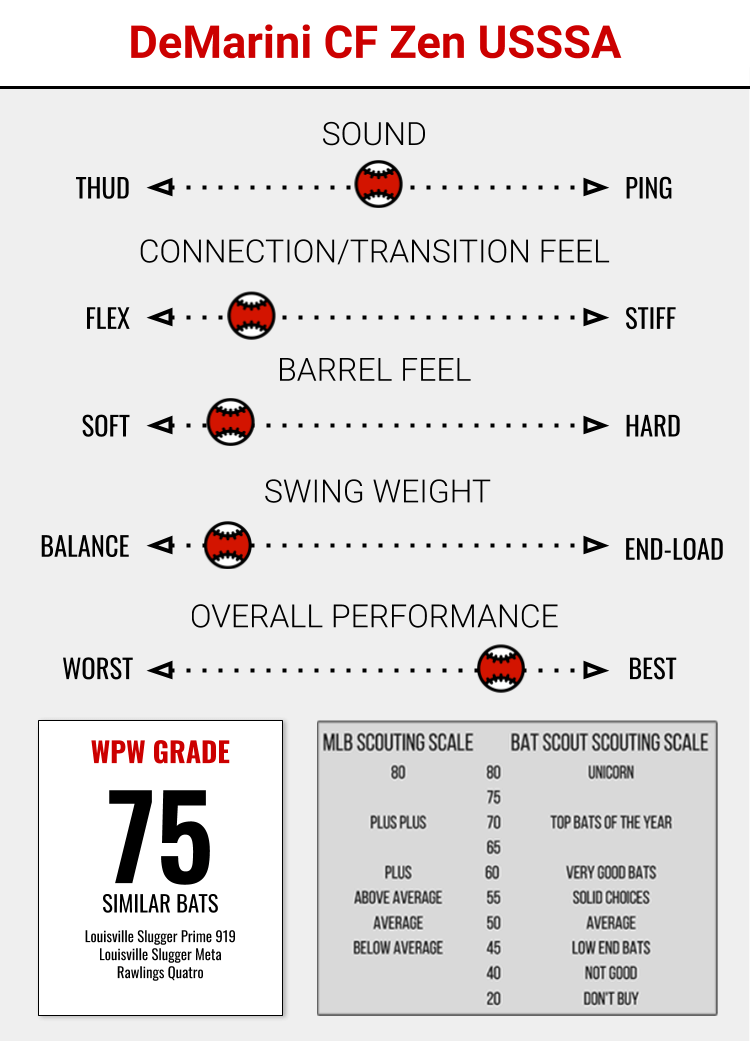 Similar Bats with Links Where Reviewed