Easton made a splash last year around this time with the original Mako bat, and now they’ve taken it a step farther with an innovation that the game of baseball has never seen before. The Easton Mako Torq is one-of-a-kind, a bat whose handle actually rotates as a device to promote a fully extended swing, with the top palm facing up, and bottom palm facing down.  By allowing your wrists to move freely, the Mako Torq stays in the hitting zone for as long as possible—at least that’s the idea.  Easton intends to accomplish this by enabling the bottom few inches of the Mako Torq handle (the black part, hypothetically where your bottom hand is) to rotate independently from the rest of the bat.

As I said, that’s the idea.  I have not swung anything like it, so I would definitely like to use it before saying its going to change the world, but at the very least its a compelling concept and Easton deserves credit for bringing some innovation to the aluminum bat despite the strict regulations that govern them. There are no release details on this one, but if we remember last year, the original Mako hit stores on August 31.  I’d expect a similar pattern, but nothing confirmed as of yet.  Best to keep an eye out on Easton’s social media for updates.  Our source explained that Easton shipped these out this week to their College World Series hopefuls, and said that they are game ready.  Sounds like they’re Omaha-bound. So, without picking one up, could you see this as a game-changer?  As I said, whether you think its a gimmick or not, Easton should be congratulated for an aggressive attempt at innovation.

UPDATE: IF YOU’D LIKE TO HEAR FROM AN EXPERT, SEE WPW METAL GURU BRIAN DURYEA’S REVIEW ON JUSTBATREVIEWS.COM.  HE KNOWS WAY MORE ABOUT IT THAN I DO! 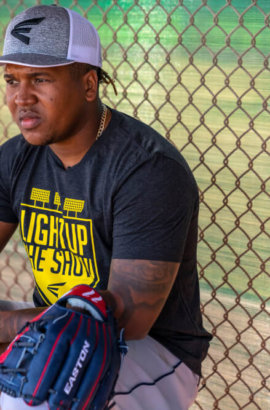 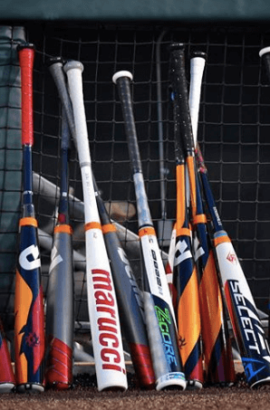