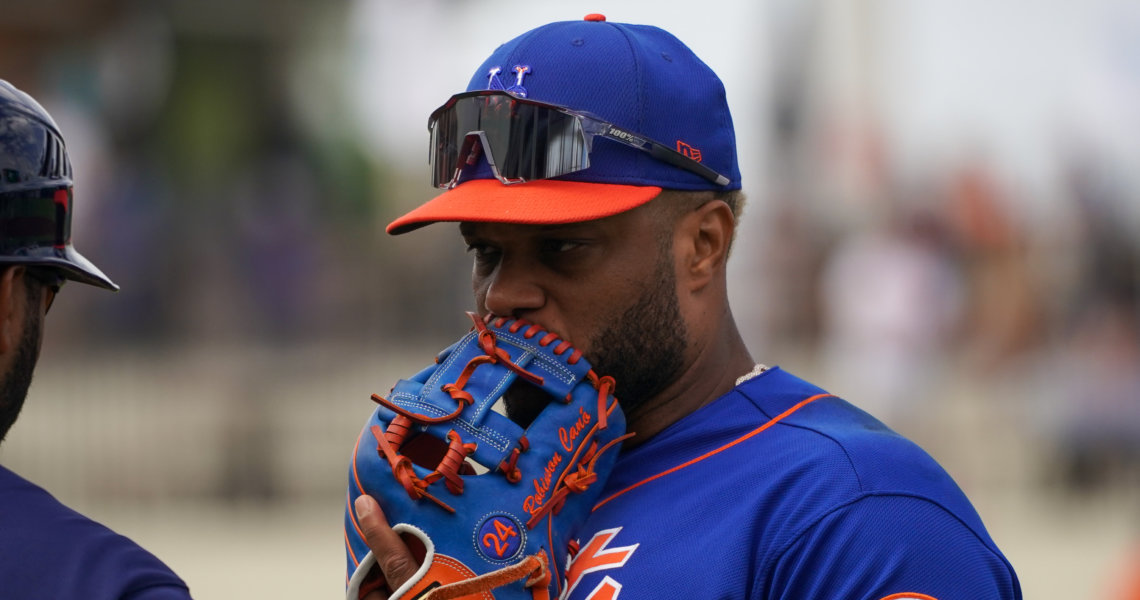 Spring Training is in full swing (for now!) and we are knee deep in new gear to share. We’ve visited about 10 camps so far and we’ll hit on a few highlights below.

Let’s start with one of the slickest left sides baseball has to offer. Manny Machado and Fernando Tatis Jr. They can flat out BALL and they do it dripping in swag.

Earlier in the week Machado wore another chocolate piece, this PRONP5-7KM, a simpler look and a real beauty.

“Charlie Brown” version of the 13s for Manny.

Machado wore a G-Form elbow guard in gold, available in several colorways (not gold) at G-Form.com.

Jordan even got in on the brown swag with these player exclusive batting gloves for Manny. No such thing like these exist for sale.

Fernando Tatis, Jr. gives the Padres two superstars on the left side, and Mizuno made a big move by inking Tatis to a deal.

Tatis’ is now a Mizuno guy. While he has a blonde single piece glove that is a clone of his glove from years past, this spring we have seen him rocking a STOCK model that you can buy right off the shelf.

Tatis also made the switch to Adidas footwear. These look like an icy pair of Adidas adizero Afterburner 6’s.

Tatis completes the look with the the boomingly popular 100% shades. The model he is rocking is unreleased at the moment but 100% Vision says they will be dropping soon.

Now here’s a fresh face with an old school look. Jake Mangum, former Mississippi State Bulldog, is a name to watch in the Mets organization. If you’re from Starkville, odds are you already see this man as a Godlike figure. Flat out gamer, plain and simple. He etched his name in Mississippi State baseball lore as one of the greatest college hitters of all time. He is pulling out a classic look with the flip-up shades. These particular Gargoyle Gamer sunglasses add some modern day flare to a timeless baseball look.

From a fresh face to an all-time great, Robbie Cano is still making plays and looking good doing it.

Cano has never shied away from the spotlight and his gear reflects that. Cano’s SSK Ikigai piece in a blue and orange style will surely turn heads. This years model isn’t available quite yet but you can still pick up his game model from last year.

Alex Bregman of the disgraced Houston Astros wore one of my top gloves from last season and this year looks like it may be a repeat performance. This year, Bregman’s Easton Pro Reserve D32AB is a little less loud but just as clean.

This year, Breg is going with a primarily navy blue piece with some metallic silver accents and a pop of orange. Wow is it clean, though unavailable. You can pick up his game model from last year for now.

Jurickson Profar was a popular request from WPW followers last year, when he was wearing his Belgard glove with the A’s and then when he went back to a sexy black Wilson. Now with the Padres, Profar did not miss a step on that Wilson custom builder, putting together a really nice look to his custom 1716.

We are just barely scratching the surface with the content we’ve been gathering in AZ and FL. If you see something we’re missing, let us know down below! With a valid email you’ll be automatically entered into our community giveaway at the end of the month.