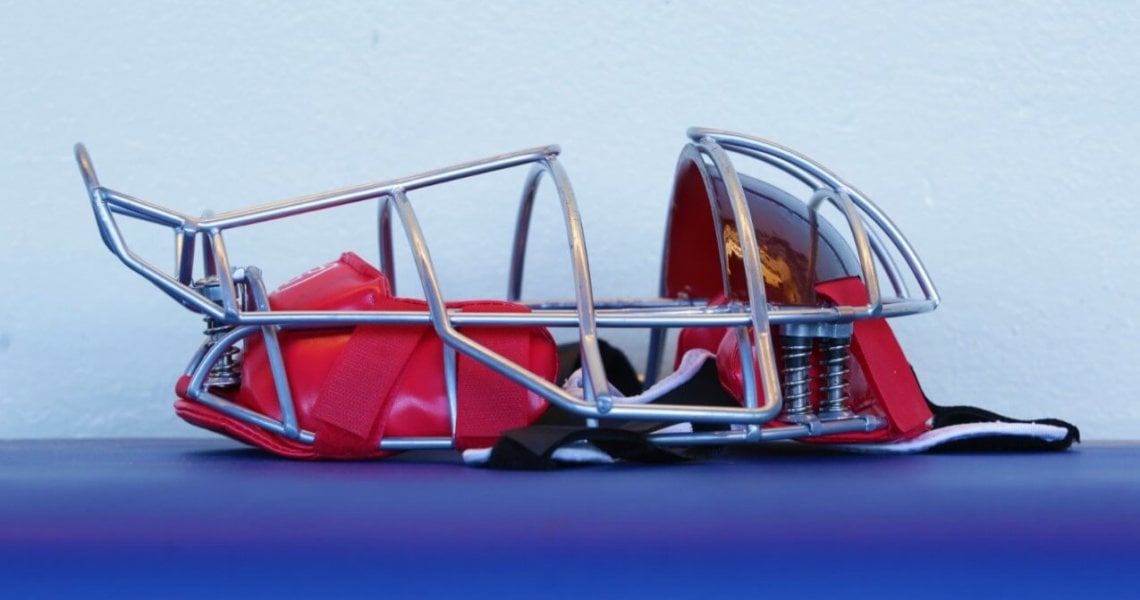 Just watched Travis d’Arnaud take 97 off the mask and not even flinch before asking the ump for a new ball. I heard the umpire say “you OK?” and d’Arnaud reply that he was fine and the umpire didn’t even believe him. Catchers are tough, that’s not up for debate, but the product that d’Arnaud is wearing is making him even tougher.

D’Arnaud wears the Force3 traditional Defender Mask, the brainchild of fellow Brave Tyler Flowers, which is equipped with a shock absorbing system that has gotten excellent concussion-prevention feedback from MLB catchers like Yasmani Grandal and Kurt Suzuki. We talked to Tyler about it last year:

Will Smith of the Dodgers wears the mask as well, and here’s what he told me about the Force3 Defender mask (available at Dick’s Sporting Goods for $170) in our 2020 Locker Tour:

You can get the Force3 Defender mask at Dick’s Sporting Goods for $170, and they also offer catcher’s gear and a hockey-style mask.