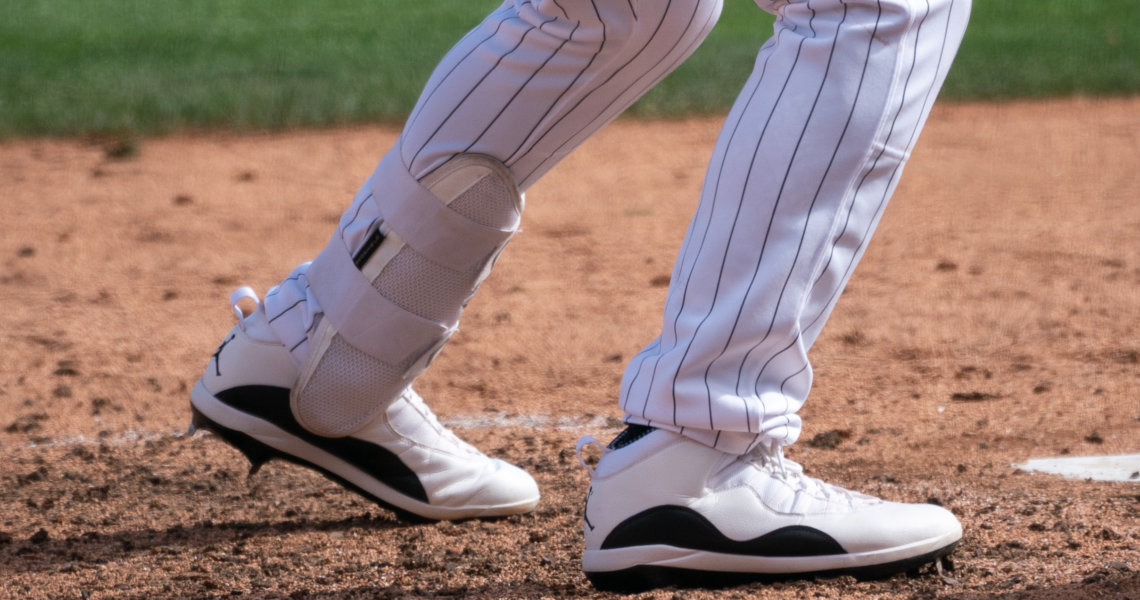 Rookie of the Year runner up Luis Robert is now with adidas, leaving Under Armour after his rookie year.

Robert wore the adiZeros in white and gold, available at Dick’s for $120.

The adiZero batting gloves are worn by all of adidas’ MLB guys, and Baseball Express has excellent stock options for $35-$45.

We also noticed the double strap Evoshield, available at Dick’s for $75.

Tim Anderson is still rocking the Wilson G4, but its been renamed the TA7 and gotten a slightly different look, possibly for a game model release this year. The coronavirus limitations made it hard to get a close-up of Anderson’s glove, but its definitely got some SuperSnakeskin.

Anderson’s rocking the new Vapors with his own logo on the heel. They’re a bit plain, especially compared to the originals, but still a clean cleat and well-priced when you consider the competition. Available for $100 at Dick’s.

I just want to offer a quick reminder that no one has more perfectly tailored pants than TA.

This is how baseball pants are supposed to look, and I can report that, based on their comments (20% capacity means you can hear everything), certain women in the stands at Camelback Ranch agree with me.

Lucas Giolito, a strong contender for AL Cy this year, wore his well-worn Nike SHA DO Two-Piece with grey trim.

Its worth mentioning that Nike, the market leader, also has the best prices this year.

Yoan Moncada is wearing a 44Pro that looks a lot like Carlos Correa’s old 1785.

They definitely have a similar vibe to the Trout Elite/Force Elite (shop on eBay).

MVP Jose Abreu is still swinging the AP5 from Marucci ($80-$230, Dick’s), and seeing him hit is impressive. His hands are so strong and he’s in the zone so long that he doesn’t need to get his A-swing off to hit a double.

He can swing defensively and drive the ball. That’s an oversimplification, but it makes him special. His Franklin Neo Classics are sneaky swag too (and heavily discounted on FranklinSports.com!).

Not a household name, but Danny Mendick chose his cleats wisely for a WPW feature. The Jordan 10 is available at Eastbay for $100-$120.

Eloy Jimenez definitely stood out with the 100% Racetrap shades in “Soft Tact Banana”, available for $165 at 100percent.com.