Ramon Laureano has benched the Easton glove in favor of the Wilson A2K KP92.  A model named after the late Hall of Fame great Kirby Puckett, the KP92 offers a modified trap web, a rare choice in the Big Leagues.  According to our 2020 MLB data, only four outfielders wore the “mod trap,” while Laureano was still wearing the Easton H-Web.  Laureano’s Wilson is a simple beauty just like his previous gloves, predominantly black with gold accents.  When you got the “Laser,” what other decoration do you need? 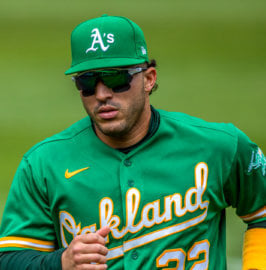 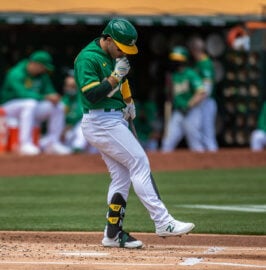 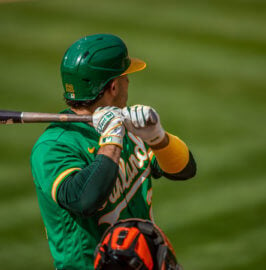 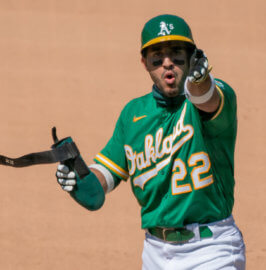 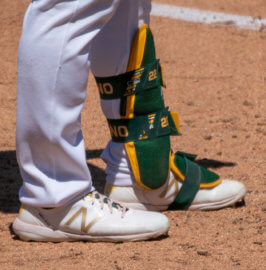 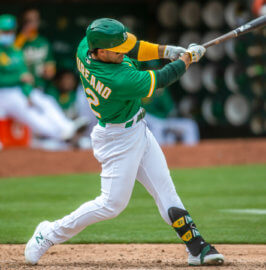 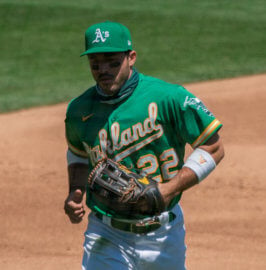 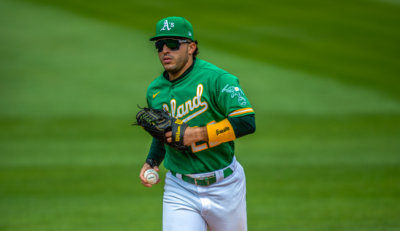