The 2022 season marks the arrival of a new pitch-calling system, which employs push-button wearable technology to communicate what pitch to throw from the catcher to the pitcher (and fielders).  Its called PitchCom, and its been adopted almost instantaneously by much of the league’s catchers, including Salvador Perez.  It has been almost universally praised by catchers and pitchers alike, and it gives the added advantage that even the outfielders can know exactly watch pitch is coming.  PitchCom is expected to decrease sign-stealing and speed up the game.  Salvy wears it on his wrist while others are strapping it on their leg guards.

For more in-depth info, check out our recent article, but here’s the basics from PitchComSports.com: its “a proprietary push-button, player-wearable transmitter that allows players on the field to communicate plays to each other without using physical signs or verbal communication. Every player wearing a receiver actually hears the same instructions in their very own chosen language.”

The PitchCom is basically in “beta” as its only available to MLB right now, as far as we know, but they are planning to offer them to lower levels in 2023. 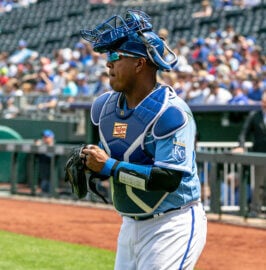 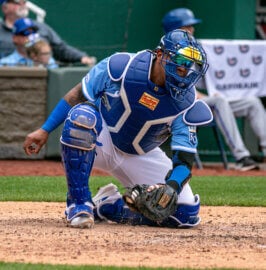 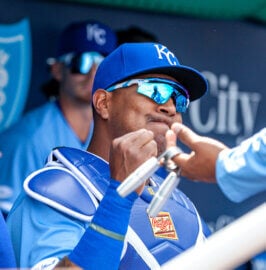 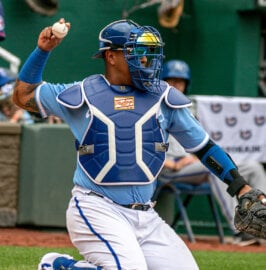 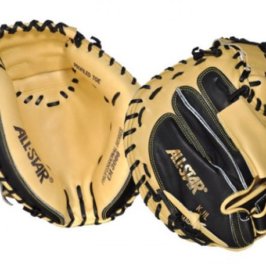 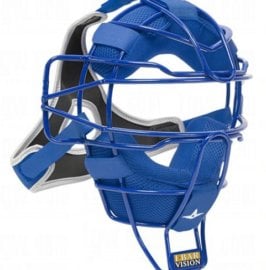 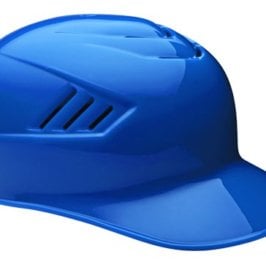 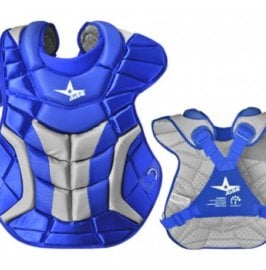 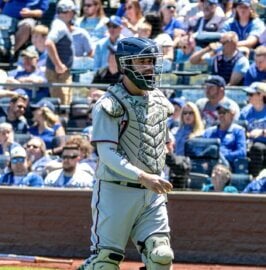 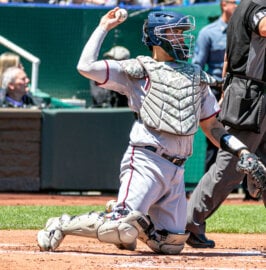 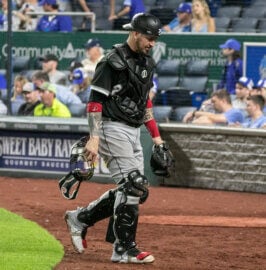 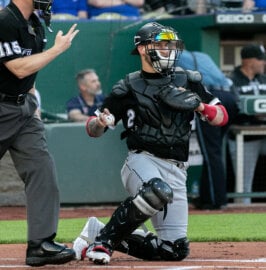 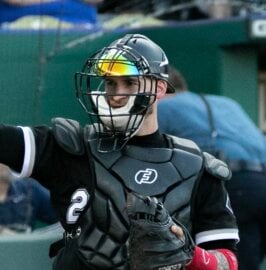 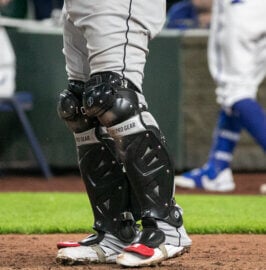 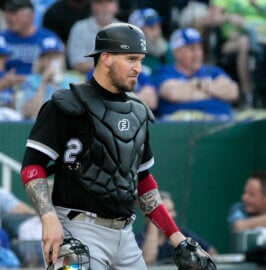 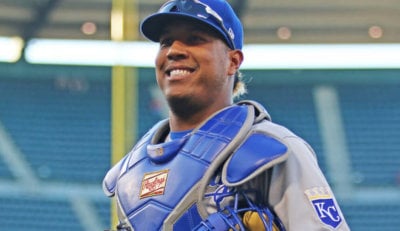