Jazz Chisholm got our attention in 2021 with his entirely unique on-field flavor, promptly winning Best of WPW / Cleat of the Year for his Bahamas flag Jordan 1s.

He’s stealing the headlines again in ’22 thanks to a new partnership with ARiA Collective, a brand new glove company “founded by X,” according to ARiA.  Jazz, who led the MLB in errors in 2021, had his first Ice Cream Glove promptly prohibited from play in early Spring 2022.  The “vanilla” white tips, or any white for that matter, is not allowed in MLB (ask Bryce Harper).  ARiA responded quickly to get Jazz this blue/black version, and here it is in The Show.

According to ARiA, they’ll sell just 42 of these as “Rares” starting on 4/15 at 1 pm eastern for $420 (!), which includes the distinction of being “hand signed and numbered by X” + a display box, but based on the inventory they’re showing, it’ll likely be available past that number at $360.

Edit via ARiA on what “Rare” means:

“Rare vs Aria editions are on the home page of the website. Best way to describe the difference is a Jordan 1 vs an Off White Jordan 1. Rare’s include our authentication Drip Locks that will give owners access perks and authenticate the glove, custom display boxes, signed and numbered limited editions, etc. If we do decide to release the ARiA Edition it’s the glove alone with no authentications or experience around it.” 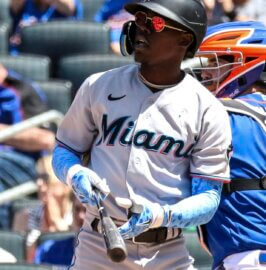 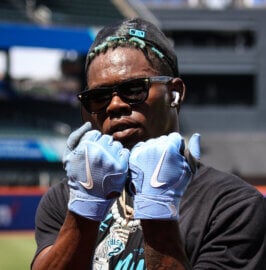 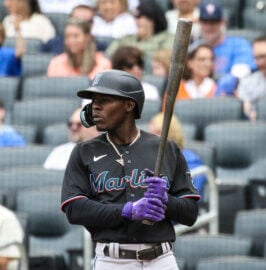 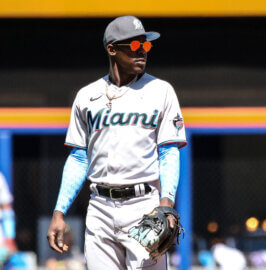 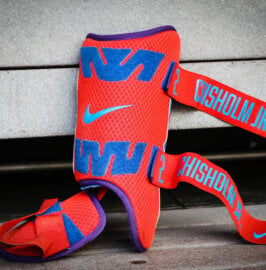 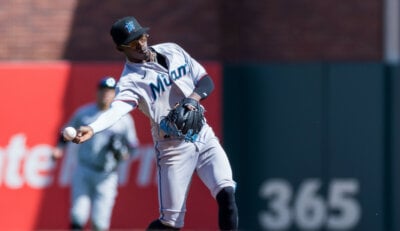