We mentioned it in our last past that DeMarini will be releasing their industry-first custom bat builder soon, and over the weekend WPW got a sneak peek at the tool itself.  I tried it out on mobile because I know that’s where a lot of you are coming from and I figured that’s probably where you’ll first check it out.

As for the details, the release of this tool is IMMINENT.  Here’s what DeMarini PR had to say:

In February 2015, DeMarini will introduce the first and most robust, fully customized bat site available to consumers with their top Baseball and Slowpitch Softball models with Fastpitch following shortly after in the Spring. End-to-end customization will allow players to create a bat that is uniquely their own and truly one-of-a-kind. DeMarini is the first outlet to offer custom bats directly to consumers, offering distinct personalization of the most popular performance bats in the world.

“We believe in the importance of the relationship that exists between the player and their everyday tools.” said Jim Hackett, General Manager of Baseball at Wilson Sporting Goods Co., “Our platform will offer the first of its kind in consumer bat customization, bringing athletes closer to and establishing a personal connection with their equipment.”

Jim Hackett gets it.  Go sign up at demarini.com/custom you’ll be notified when the site goes live (as well as entered into a contest to win a custom bat of your choice).

Throughout the article are a few screenshot previews of what to expect.  (I did not include every step.  Gotta leave something to the imagination.)

You might expect that the first steps are choosing your model, then length/weight.  Nice to see .5 measurements available.

You’ll have several color choices on the barrel, grip (above), and even the tape that seals the grip on the bat.

…on the knob.  You’ll be able to add text on the knob in two different places.

As the first company to ever attempt this, DeMarini should be applauded for pushing baseball equipment forward another step.  No matter your opinion on whether you’d consider buying a custom bat, this creates competition for the equipment manufacturers—and when manufacturers compete, we, the players, win.

Will you consider a DeMarini custom bat for this season? 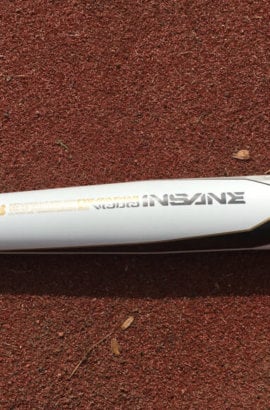 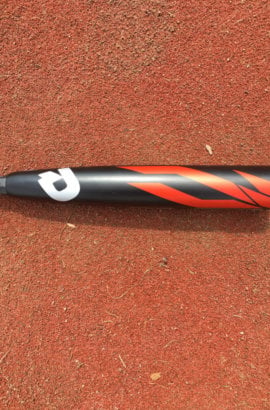