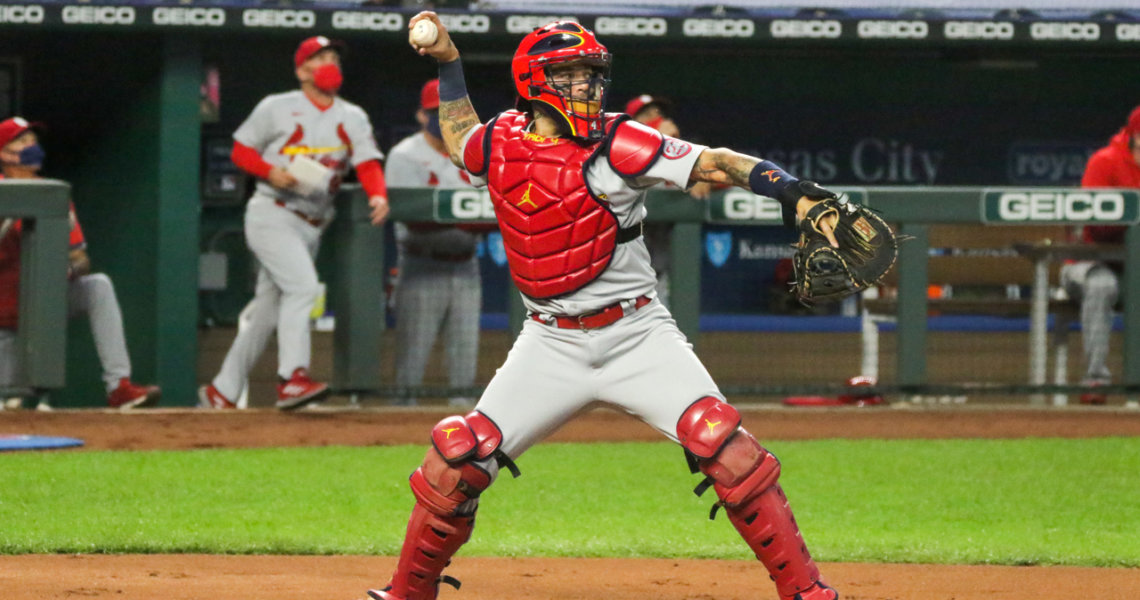 Top 16 Players to Watch in the 2020 MLB Postseason

This 2020 regular season has been a bumpy one, yet here we are on the doorstep of what should be an incredibly entertaining Postseason. These are the players that we’re looking forward to watching over the next month. Who do you want to see?

Comment to be entered to win a pair of custom cleats by @ikb20_customs courtesy of WPW.

Following up a 2019 postseason as the Rays best hitter, firestarter Willy Adames led all MLB shortstops with 15 doubles in the COVID season. He’s been swinging a Louisville Slugger AJ10 (C271-type), which you can customize for $170. For more on bat models, read our “Top 6 Bats in MLB” post.

Willy is still rocking the same gamer we saw him with at Spring Training 2019, now featuring a lot more web gems (and dirt) baked in.

Adames’ Rawlings glove uses Hypershell materials, which cannot be duplicated.  The most similar option on Rawlings.com is this PRO-204 with Hypershell back at $260.

Everybody knows that Bo flows. Now the flow includes baby blue Nike PEs. Lately he’s been favoring the Nike Ultrafly Elite 2, available at (Dick’s Sporting Goods for $24-$88). We hope to get a closeup of these for you soon, but we’ll keep an eye out for new ones, too—if you see something say something!

Bichette also had a baby blue Huarache Elite 2 PE (model available) early in his comeback. Stance socks always fire—and also lacking in availability lately. 2020’s been rough on us, but its given us Playoff Bo, and that’s a full-sized “W.”

Frankie Lindor is rotating baseball gloves like Lebron and Jimmy Butler rotate shoes (check out the WPW NBA shoe database to see what I mean). Lindor seems to be pulling out a new REV1x glove every night—it speaks to the playability of this new hybrid glove which Rawlings still hasn’t commented on.

He’s breaking these gloves in and gaming them at a record pace.

Anchored by the Triple Crown-winning pitcher Shane Bieber, there may be a long run for Lindor and Cleveland this October.

Luke Voit, and his quiver of Sam Bat sticks, stands alone in the 2020 20 HR club. Along with teammate DJ LeMahieu, Voit has carried the Yankees offense on an injured left foot. While Aaron Judge and Giancarlo Stanton continue to lose seasons to strained muscles, Voit has refused to be taken out of the game, and won’t even fully address the injury publicly, calling it a “minor foot problem.”

Voit’s been a major problem for opposing pitchers this year, slugging .610 with a combination of the Sam Bat MC1 and MR24. Voit has his own collection with Sam Bat, too, a similar cut to the 2K2, which you can shop here.

Eddie Rosario has a sweet lefty stroke, a clean look and a contract to play for this postseason.

As for his glove, Rosario’s Wilson is subtle but if you look closer, you can see the dimple pattern on the web reinforcement as well as the palm. This is the first we’ve seen a pattern like this on a Wilson glove, an while its sick, it is not available to buy. Still one of our sneaky favorites of the year.

From their 2017 championship core, Bregman and George Springer have been the only Astros to perform close to the standard they set before they were exposed for cheating the game.

Bregman, who is still receiving superstar treatment from adidas and Easton, will be America’s favorite villain for the 2020 Postseason, and it’ll be up to Alex, in a player exclusive version of the new Icon VI, to silence the virtual boos.

The only available Icon 6 cleats are black and white molded bottoms via adidas.com.

On the flipside, Olson’s defense is well known already in his short career, and in the last game of the season we caught a glimpse of his rare abilities…

Olson very casually pulled off a “mitt flip” (above) to get a fast runner at first on a slow ground ball. He led Diekman perfectly for the out. That’s legendary 1B swag. Olson’s Rawlings Pro Preferred PROSDCT is available at this link for $460, or you can shop a similar Pro Preferred version for $360 here.

Tim Anderson flirted with another batting title in 2020, posting an excellent follow-up season after his breakout 2019 while leading the AL in runs scored for the suddenly-contending White Sox.

In a recent game versus the Reds, Anderson calmly took vigorous YouTuber (& pitcher) Trevor Bauer to dead central and told Bauer to “blog about THAT.” It was a master class in trolling the troll, and immediately made him a WPW favorite.

When the Dodgers traded for Mookie Betts, it kinda felt unfair to the rest of the league that the Dodgers could be that good. As the Dodgers recorded the best winning percentage (.717) since the 1909 Pirates and Mookie is an MVP candidate (again), its played out that way, too.

Betts figures to break out some fresh Jordan 1 colorways over a long postseason run, or maybe we’ll get our first look at a new silhouette on the diamond. Either way, Mookie is one to watch. Speaking of, have you seen his Locker Tour?

Christian Yelich, who switched to Nike gear in 2020, was putting up Bonds-like numbers in 2019 before a tragic knee injury.

Twenty-twenty has been good for very little, but it has given us the brown Padres, and for that we are thankful.

The brown Pads are led by the most electrifying player in the game right now, Fernando Tatis, Jr.

“Tati” is a walking highlight reel. He recently added the new Afterburner 7 to his Locker, adidas’ speed cleat. Expect more adidas heat as the brown Padres enter “The Dance” for the first time since Padres’ last golden flowman, Khalil Greene, was playing shortstop.

The catcher swag legend Yadier Molina leads the Cardinals into his eleventh Postseason, chasing his third ring. His Jordan gear continues to be one of the most wanted products in WPW history.

While the gear will likely never be an option, the Jordan 1 cleats are available in a few colors at Dick’s Sporting Goods. Yadi’s patent leather versions are player exclusive.

Yadi also has a sweet paintjob on the All-Star MVP 2300 mask (available at Amazon for $75).

(The announcer’s blurt laugh gets me every time)

Aside from Yadi, he might be the freshest catcher in baseball, as he switched over to Nike this year and has been one of the few Big Leaguers to take advantage of the new Alpha Huarache Elite 3 (Dick’s Sporting Goods just added some new colorways):

Miguel Rojas and the COVID-beating Marlins turned a nightmare into a dream season, making the playoffs for the first time in 17 years in the same season that 17 players fought off the deadly virus. Miggy’s having a career year, and he’s been a standout in the cleat category, too.

Rojas’ Jordan 7 “Miami Vice” cleats are a beautiful custom job by Stadium Custom Kicks that they’ve actually made available to purchase. Even better than that, WPW set up a special deal with Miggy/Stadium:

Use offer code “whatproswear” at checkout for free shipping when you purchase the Miami Vice 7s or any footwear on their main product page.

Who else? Ronald Acuna, Jr. is the East Coast Tatis (or is Tatis the West Coast Acuna?). Either way, this guy is peak baseball entertainment with a fat chain and stunner shades (100% Speedcraft available here $155-$215).

Acuna fills up the highlight reels with the bat as well as the glove, a flash of red Rawlings PRO303 that is available at Rawlings.com for $360.

What can be said about Trevor Bauer that he hasn’t already said himself? He’s a thorn in MLB’s side and an unabashed troll…

…and right now there’s not much anyone can do or say about it. He’s been the second best pitcher in baseball behind Shane Bieber, sporting a 1.73 ERA with a ridiculous 5.1 hits allowed per nine. He’s probably gonna win the NL Cy.

While the Nike glove is money, Bauer, baseball’s foremost social media expert, also stepped his cleat game up for the sake of giveaways.

And of course, the “Free Joe Kelly” editions that MLB banned:

What player are you most looking forward to seeing? Who did we miss? A lucky commenter in September will win custom cleats by @ikbcustoms_20. All ya gotta do is comment!