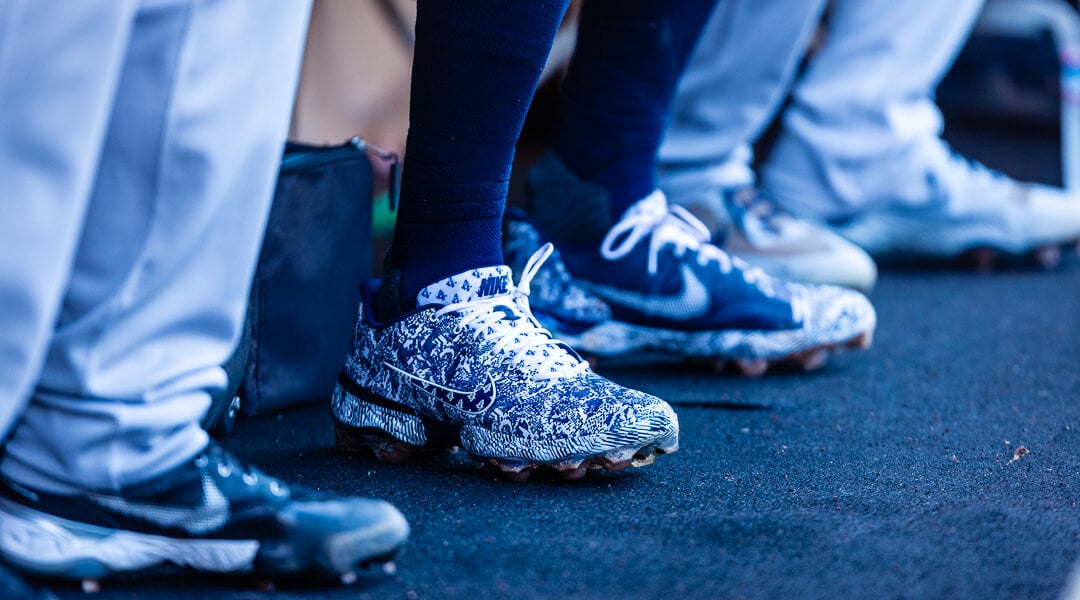 Since 2017, we’ve tracked the cleats worn by MLB starters, and the 2022 numbers are in. This Rawlings and Dick’s Sporting Goods sponsored report (like our glove report) focuses on starting position players. These players are noted on Baseball-Reference.com’s 2022 team pages, along with a few select players. Focusing on the most active players, starters, allows for the efficiency of data to be improved. Following the 2022 season, not much has changed outside the league leader taking an even more commanding lead.

Read on to see what brands were worn by baseball starters in 2022, but first, let’s look back at the data for the 2021 season.

In 2021, Nike was the prominent leader but New Balance took back the second-place spot from Adidas. Under Armour’s decline continued while the Jordan brand grew.

What Cleats Do You Wear?

What are you rocking? Personally, I’m a big fan of the Nike Alpha Huarache Elite 2 mid cleats.

What Cleats Do MLB Players Wear?

Since 2017, Nike has extended their lead each year. Beginning with 38% of the league, Nike is now worn by 50% of Major League Baseball’s best.

Here are the top 7 cleats among MLB starters:

For the second year running, the top cleat for both Nike and the MLB was the Alpha Huarache Elite 3 (shop at Dick’s Sporting Goods). The Alpha Huarache line has been the dominant cleat in baseball since its release, though it initially appeared in 2020 and is frankly outplayed! We’re happy there’s some recent new releases:

Here are a few stars who rocked the Alpha Huarache Elite 3 (available at Dick’s Sporting Goods):

The Vapor Ultrafly Elite 3 and 4 (available at Dick’s Sporting Goods) were much more limited, but still had some stars:

The third most-worn Nike cleat among MLB starters in 2022 was the Trout 7. Though some players don’t like the idea of wearing the signature cleat of an opponent, Josh Bell wore them, among others.

New Balance | 22% of Cleats Worn by MLB Starters (EVEN)

Astros’ standout rookie shortstop Jeremy Peña debuted two different cleats in the 2022 season, using both the 3000v5 (Shop at Amazon) and the 4040v6 (Shop at Baseball Express) cleats. Aaron Judge, in his second year with (incognito) New Balance, rolled out a fresh pair of road cleats that feature his own unique logo on the side of the cleat, obscuring the NB logo. Keep an eye out for what Aaron Judge might be rocking this year — pop culture stars with class like
Aaron don’t stay free agents for long.

Adidas | 16% of Cleats Worn by MLB Starters (EVEN)

Adidas stands firm in the #3 spot, being worn by 16% of all major league starters (See all our featured Adidas cleats here). Adidas is known for letting their athletes across the league have free range with customization, as long as they do not block off the logos. This is most prominently showcased in JP Crawford’s Afterburner 8 cleats (Shop at BaseballSavings.com). Crawford put the initials “KC” and “BB3” on his cleats to keep his fiancée and late friend with him at all times.

The Icon and Afterburner cleat lines continue to be Adidas’ bread and butter, with the Icon 7 (Shop at Dick’s Sporting Goods) and Afterburner 8 (Shop at BaseballSavings.com) being the most common around the league. Adidas recently ended their relationship with previous poster boy Fernando Tatis Jr. after Tatis’ disaster of a year, but they still got some air time with Yordan Alvarez.

Under Armour saw a slight bounce-back season when it comes to their representation in the Major Leagues. Under Armour, though not widely used, still has major star power.

Similar to Mike Trout’s signature cleat, few besides Bryce Harper wore his signature shoe, but its one of the sharpest cleats in baseball every year, the Harper 7 (Shop at Dick’s Sporting Goods) which released a few months back.

Under Armour has a knack for young talent, and were worn by 2022 AL Rookie of the Year, Julio Rodriguez. Rodriguez is joined by another high-performing rookie, Bobby Witt Jr., who wore the UA Yard cleats. Here’s a list of some of Under Armour’s biggest stars:

Official Jordan Brand members Manny Machado, Vladimir Guerrero and Mookie Betts lead the way for Jumpman, though there are many more who rock Jumpman cleats without a contract. Jazz Chisholm, one of the swag kings of the MLB, donned the pair of molded retro Jordan 1’s seen above. These Jordan 1’s feature custom Naruto-themed graphics, many of which are based around Sasuke Uchiha, including the character’s name and silhouette.

Mookie rocked these gray Jordan 10 “Snakeskin” cleats (above). These player exclusive Jordan 10s feature red and blue accents. Jordan saw its influence in the MLB fall, as many athletes who jumped at the chance to wear them no longer start, including Wil Myers and Robinson Cano.

With some whispers of a big signing, perhaps 2023 will be the year the sneakerheads can take a break from hunting eBay and Jordan will put out a new cleat again.

The remaining brands were as follows:

Asics is worn exclusively by Japanese players Shohei Ohtani and Seiya Suzuki. Asics capitalizes on their fame in the Asian market where Ohtani and Suzuki are ever-present in the baseball news.

Molded (plastic) cleats are known for relieving stress on the joints of major leaguers, but even still, we witnessed 86% of starters wearing exclusively metal cleats. The group that was exclusively molded, however, is some of the league’s best (and biggest). To no surprise, many of these players are league veterans, including players like Paul Goldschmidt, Brandon Crawford, Albert Pujols, and Giancarlo Stanton. There is a common misconception that molded cleats are just for young players getting their start in the game, but molded cleats can be very useful for players that need to relieve some of the strain on their feet. I would recommend at least looking into molded for practicing if you plan to play a heavy schedule during your 2023 season.

What do you think about our 2022 MLB cleat report? Please comment below. 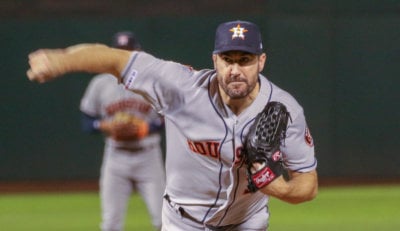 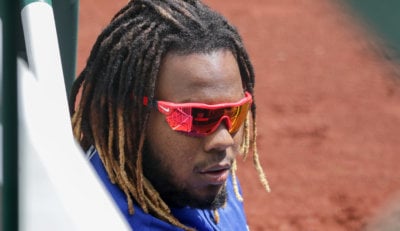