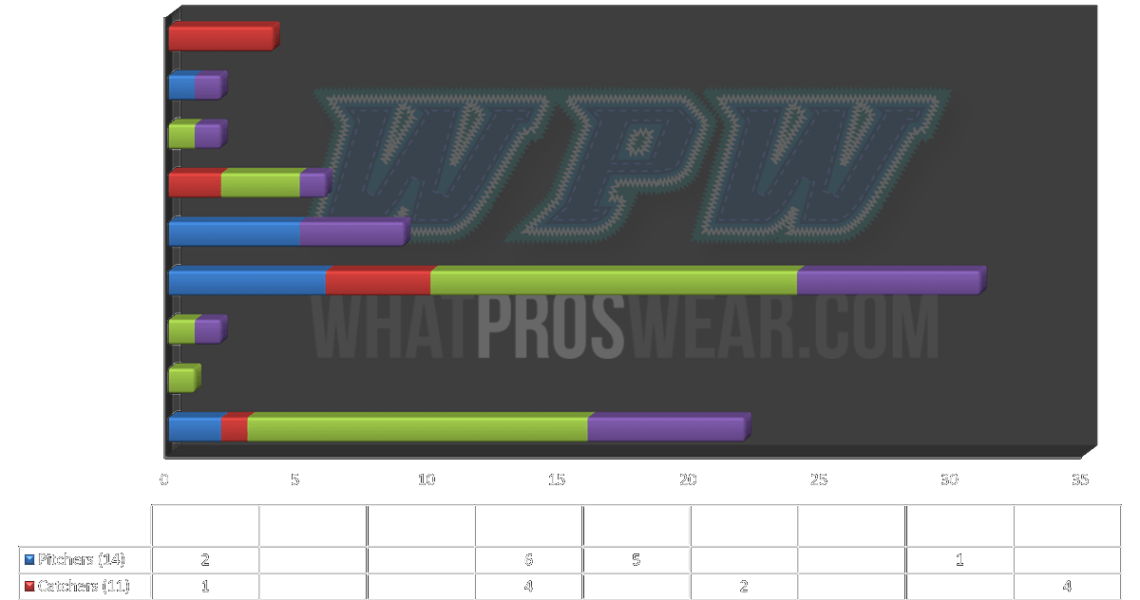 This off-season we’re taking inventory.  We’ve done enough research to make a pretty accurate assessment of brand popularity around the MLB, so we’re breaking down the most popular glove brands among the MLBs best (we did this with bats, too).  We’ve done 79 player profiles so far, and in the chart above we tally every glove brand used by those players, broken down by position.  There are a few interesting findings, and we’ll discuss below.

(Note: If you don’t think this is a good enough sample, consider that the most accurate US political polls typically sample 2000 people out of 300 million, or .0000067% of the general population.  We’re sampling 79 players out of 750, or 10.5%.  We’re not saying this chart should be treated as doctrine, but its likely accurate to within a few percentage points.  And besides, this isn’t “What Backups Wear.”  One other note, I didn’t feel we had a strong enough body of research for catchers, so Noah, our catching expert, helped us tally up a good set of backstops.)

Here’s 10 things for you to think about while you check these numbers: Here are the players wearing each brand:

Let us know what you think about the list on Twitter. And most importantly, what brand do you wear?