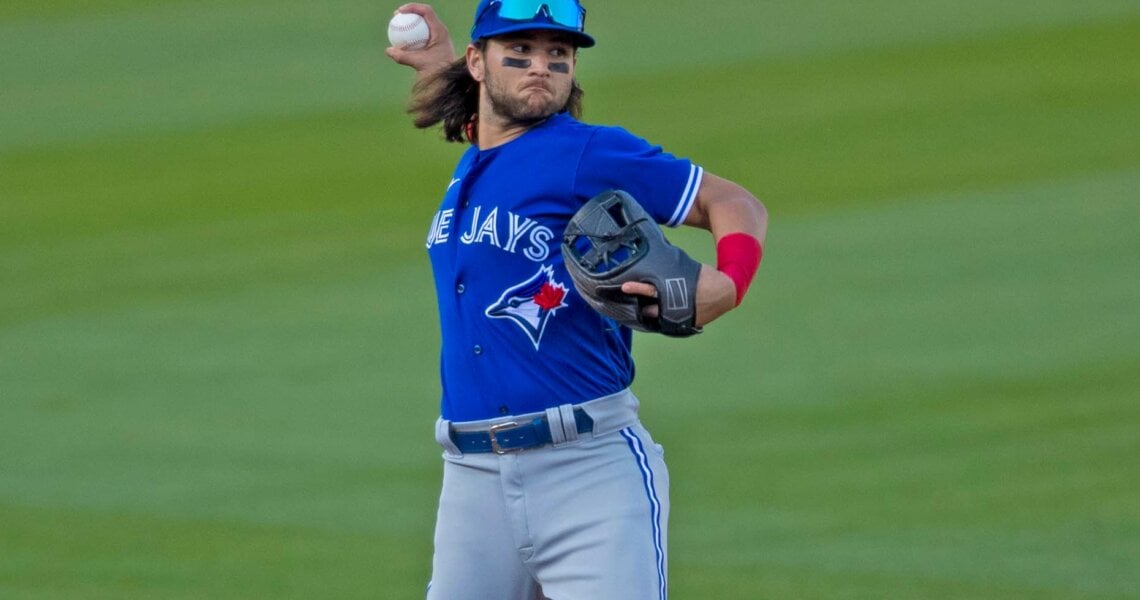 What Gloves Do the Pros Wear? Here’s the Baseball Glove Brands and Webs Worn by MLB Starters in 2021

What gloves do the pros wear?  We’ve tracked the gloves used by Major League Baseball players since 2013, and two brands, Rawlings and Wilson, have maintained the loyalty of the lion’s share of MLB players. Rawlings recently became the “Official Glove of Major League Baseball” and continued to dominate the professional baseball landscape. Fifty-nine percent of MLB starters wear Rawlings, while Wilson’s stock appears to be tumbling compared to recent years (27%). Most of the remaining starters wear Mizuno, newly rising Easton, All-Star, SSK, and Nike gloves.

Before we get into the data breakdowns, what do you wear?

(Disclaimer: Rawlings was not involved in our data collection.)

In these reports, WPW polls MLB starters excluding pitchers, based on Baseball-Reference.com’s team pages with a few additions.  Here are the results, starting with the leader, Rawlings Sports.

Rawlings has taken a dominant hold on the glove market among position players. They command over half of starters in MLB.

Wilson maintained their place as the second most worn glove by MLB starters, but dropped in usage among Major League starters by 4%.  Wilson was worn by 27% of the league’s starters and favored by Gold Glovers like Matt Chapman and Lorenzo Cain, as well as young stars Jonathan India and Randy Arozarena.

Here are some MLB stars who wear Wilson gloves:

Padres super-star Fernando Tatis Jr., along with 3% of starting players wore Mizuno in 2021. Former Gold Glove winner Nick Ahmed, Didi Gregorius, and Atlanta all-star third-baseman Austin Riley also wore Mizuno.  While Mizuno doesn’t have the popularity of Rawlings and Wilson, their reputation for quality leather is as good as anyone in baseball and is preferred by premier defensive players across the field.

Easton’s star-caliber roster has been stagnant the past few years. Since adding impact players like Justin Turner, Jose Ramirez, Alex Bregman, and Ketel Marte, there hasn’t been many new additions. The likely scenario, since Rawlings acquired Easton last year, is that Easton gloves will fade out. After all, any Easton glove being worn in the MLB is one less Rawlings glove being worn, and it doesn’t make a ton of sense for those now friendly companies to compete with each other for market share.

Along with Josh Donaldson with his Marucci C-Mod, which forms to the shape of his hand, Dylan Carlson, and Anthony Rendon also wear Marucci. While 44Pro has a cult following in the amateur circuits and plenty of MLB relief pitchers, it still hasn’t made much of a dent with position players, as the only MLB starters wearing 44 are Yoan Moncada and Josh Vanmeter. Yasmani Grandal wore Force3 catcher’s gear and mitt this season, while Force3 was just named the official catcher’s mask of the MLBPA. Nokona and Warstic were worn by Taylor Ward and Justin Upton, respectively.

The I-Web remains the most used web for starting MLB middle infielders, but there was a dip in usage compared to 2019 (67% I-Web in 2022, down from 72% in 2019). Fifteen percent of middle infielders wore H-Webs, a rise of 8 percentage points from 2019, which shot the H-Web past the single post in popularity. Studs like Fernando Tatis Jr., Corey Seager, and DJ Lemahieu wore H-Webs in 2022. Single-post is now third most popular at 12% and one-piece webs are worn by Freddy Galvis, Javy Baez, Cesar Hernandez and Amed Rosario.

The outfielder web market is dominated as ever by the H-Web. At 83%, it is the most popular web for any position in the game. The H-Web is used by some of the game’s best including Aaron Judge, Bryce Harper, Juan Soto, Mookie Betts, and Cedric Mullins. The single post, at 7%, is used by outfielders like Dominic Smith and Adam Duvall. The modified trap follows that with six MLB starters, and the Trap web is the rarest among MLB outfielders, though Mike Trout still rocks the trap.

Here’s the full breakdown by position:

What do you think about the MLB data?  Comment below.