If you have been following metal baseball bats you’ll know there is considerable hype around the 2015 MAKO TORQ with its rotating handle. We’ve yet to see it on the shelves but Easton keeps dropping little hints that it is coming soon. The rotating handle may very well be nothing but marketing hype at the moment, but we know his much: The idea has created a firestorm of speculation and blogging activity. It is far and away the most searched for bat (according to Google key words). There are a few decent suggestions out there as to how the 2015 MAKO TORQ rotating handle might improve swings. 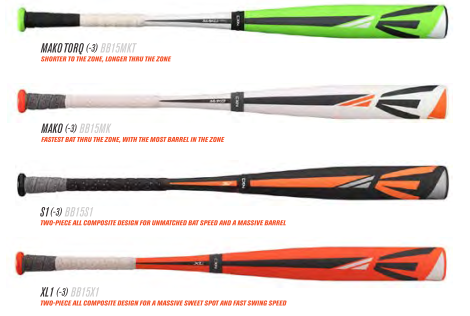 The fact it isn’t yet available doesn’t stop the interwebs from trying to track one down. Take, for example, these two pictures from Kelsey Stewart of the Florida Gator Softball team. She appears to be holding, and even swinging at the plate, the 2015 MAKO TORQ with its rotating handle: 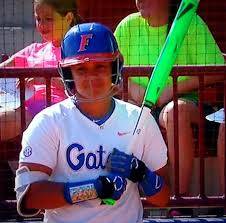 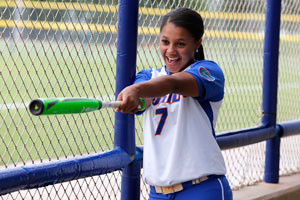 Maybe that’s a custom paint job on the 2014 MAKO, but we don’t think so. Considering these look like the pictures Easton Released in the FastPitch marketing slick, we might have very well spotted a 2015 MAKO TORQ in action. How she got a hold of one (she plays for Florida is our guess) is still not known. But Kelsey may very well be the Neil Armstrong of rotating bat handles.

We are not told if or when the Easton BBCOR and Youth bats will be released officially. But we have been told that the Fastpitch version releases on 9/5/2014.

The million dollar question is how much will it cost? At the moment this is anyones guess. Considering the orange MAKO was a legitimate $399+ at release I suspect the TORQ will be $500+ in BBCOR. Maybe $499 retail for Senior/Youth League with a 2 3/4 inch Junior barrel for $199. Considering the amount of hype Easton has created around this bat with a rotating handle they could probably charge a thousand bucks and get at least a couple buyers.

And folks can hate on Easton all they want for making an expensive bat, but in a world where bat regulation has made other bat companies resurrect bats they made 4 or 5 years ago, we must at least give a hats off to Easton for trying something different and innovative. Maybe, just maybe, like the two-piece design bats that are now commonplace at the plate in every level of metal bat baseball, a rotating handle may very well carve a new direction for the future of BBCOR and little league hitting.