In 2014 AJ Reed for Kentucky hit 23 home runs in 62 games. That was more than anyone else (although Brandon Thomasson from Tennessee Tech could make an argument that he hit more per game but just 22 in 58 games). A.J. Reed also was a top 10 player in RBIs (6th), SLG (1st), Total Bases (3rd) and Base on Balls (8th). He is on a list of other top 200 charts like Doubles, On Base Percentage and Hits.

He became the 2014 NCAA Home Run King by swinging, mostly, the 2014 XL or S Series from Easton. The XL is the end loaded bat from Easton’s Power Brigade Series and the S Series bat is the speed series. 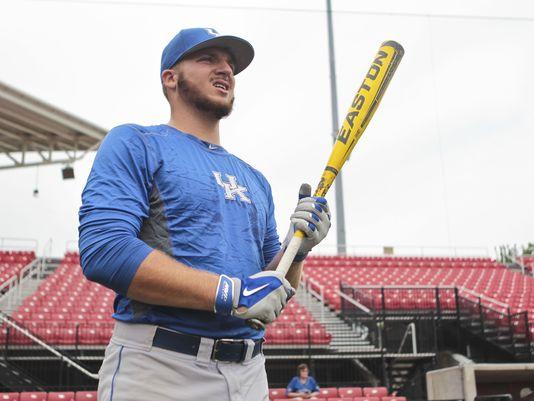 He was named the 2014 Collegiate player of the year and drafted by the Astros in the 2nd round.
Brian Duryea, the author, is the owner of justbatreviews.com and is a regular contributor to whatproswear. He can be reached at [email protected]justbatreviews.com or Follow @JustBatReviews