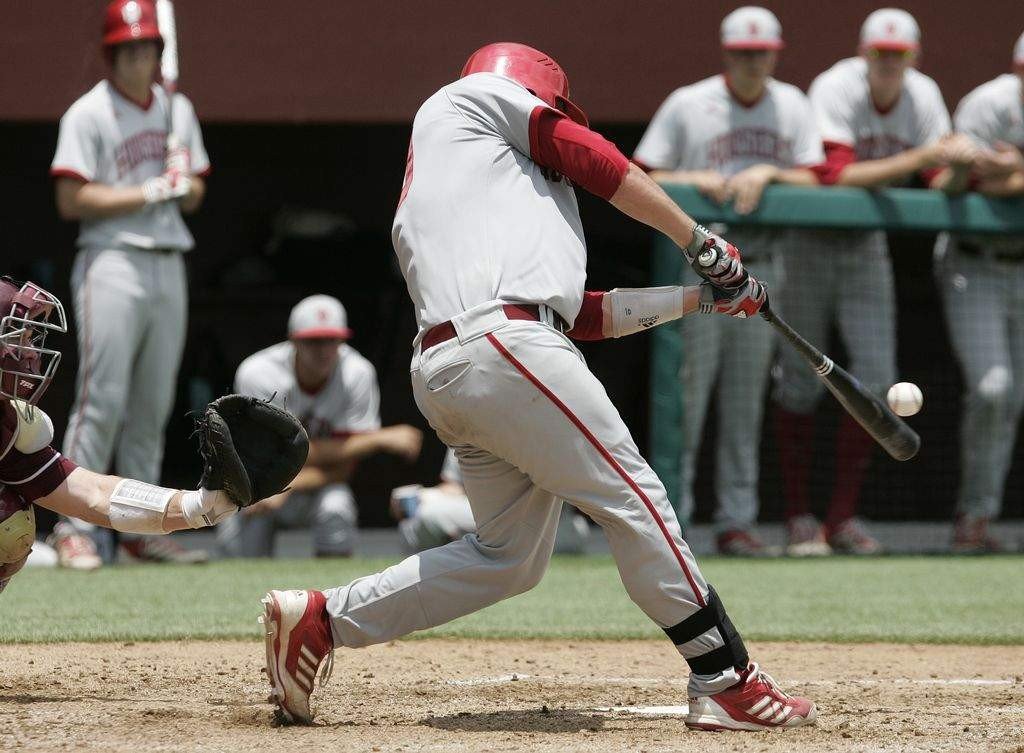 If just a few weeks ago you told me that several NCAA baseball players were swinging Adidas-made metal baseball bats in 2014 NCAA Division I baseball, I would have assumed you were dangerously stupid. Anyone who knows anything knows that Adidas don’t make no bats. Cricket Bats, maybe, but BBCOR baseball bats that an actual legitimate Division I College player would take into the box on purpose? Eh-eh.

Now come back with me to a few weeks ago. There I was, staring at a picture of Kyle Schwarber, the 4th pick in the MLB draft, wondering what metal bat the first non-pitcher draftee and Indiana player (who happens to NOT be tied to an exclusive bat contract) had chosen to swing in college. With the BBCOR world as his oyster, what pearl would this highly touted catcher from Big X country be gripping and ripping?

There, in the picture of the Cubs’ first round draft pick hitting a baseball, a couple things were clear: good form; contact made in front; good weight distribution at contact. All things you’d suspect in a prospect of Kyle Schwarber’s caliber. But what wasn’t clear was what exactly was he holding in his hands. Sure, it was a completely black bat but for three simple stripes in its middle, but why had I never seen it before?

I was pretty sure I could name every BBCOR bat in existence since the regulation’s inception. I’d seen them all, probably swung them all: Easton, Rawlings, DeMarini, Combat, Nike, etc. etc. But for the life of me, the bat Schwarber had did not look familiar. Maybe a custom-made DeMarini? Maybe Schwarber was trying to make a statement with a wood bat? Maybe the sun didn’t let me get a good look at the graphics on the bat? So I found a couple other shots: 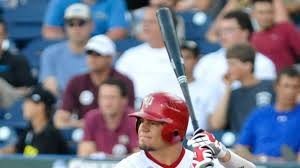 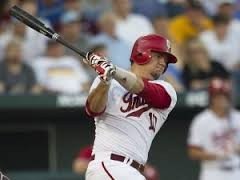 Not any more helpful, although there is clearly some writing on the bat. If I could only get a better look. I tried another search, and this: 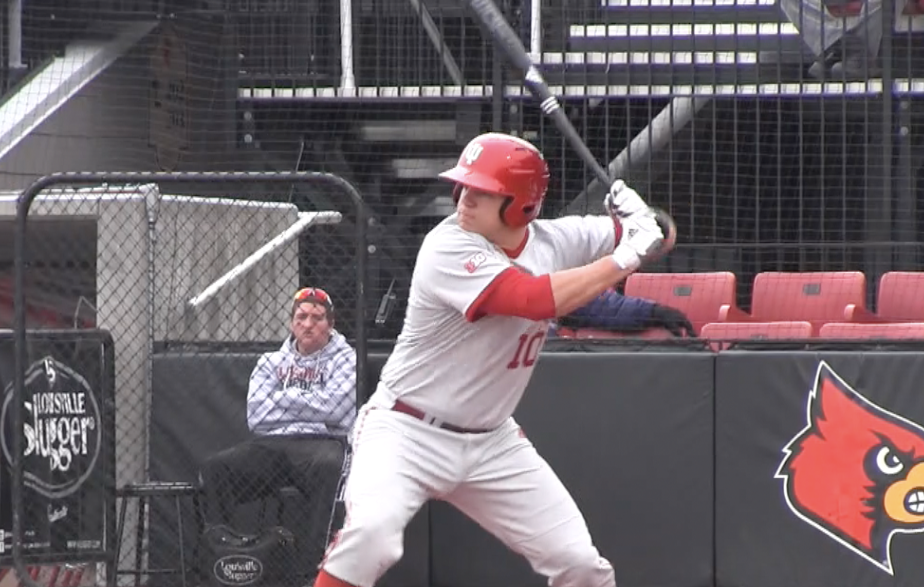 Was it my imagination or was that an Adidas three stripe symbol and triangle logo? But it couldn’t be Adidas because anyone who knows anything knows that Adidas don’t make no bats.

I called out to my wife, “Am I having a mini-stroke? It seems like this guy is swinging a bat that doesn’t exist.”

Ok, dumb question–back to the picture and the problem.  Kyle Schwarber was swinging a bat that had an Adidas logo, and anyone who knows anything knows that Adidas don’t make no bats. So I reached out to a friend who knew a guy who had a friend that worked at Adidas and found out, if you can freaking believe it, Adidas has been quietly testing out new BBCOR bats in the NCAA during the 2014 season. And, if you can fetching believe it further, a few big name NCAA guys with great swings chose this mysterious Adidas bat over any other bat on the market. No flipping way.

But, I cried, the marketing hype? The Countdown Clocks? The twitterings? The banners on every side bar of every site about bats I visited? Why had I seen nothing touting how much further this covert Adidas bat would hit it when compared to the other guy’s $300 flex-tech-tri-tip-bomb-stomping-alloy? How could the metal bat world let me down so? Where was the hype machine?

‘Well,’ explained the Adidas guy in not so many words when I asked him this on the phone, ‘we just thought it would make more sense to get the bats in the hands of folks who could choose to swing it at elite levels of baseball. And, as it turns out, many of them did.’

A marketing strategy in the metal bat space that actually depends on the usefulness of the hardware? Sounds like someone at Adidas had a mini-stroke — a mini-stroke of genius that is.

Yet there is more! Adidas took these prototypes used by elite college players and gave them a spruced up blue stripe with a Japanese metal sword type look. Further, and of note to those writing wikipedia articles, about 6 weeks ago two versions of this covert BBCOR bat went to market and Adidas had officially set sail into the sea of selling metal bats (which you are allowed to try and say swiftly six times). Those two bats, the EQT X1 and EQT X2, became the Adam and Eve of Adidas’ metal baseball bats.

The EQT X1 is a one piece alloy design with a balanced swing weight, smooth like butter swing, recessed end cap and huge barrel face for maximum contact. The EQT X2 also has the recessed thermoplastic end cap, a smooth swing, balanced feel and big barrel face but is a two piece hybrid design. A proprietary connection technology in the X2 welds the composite handle and the aluminum barrel. Both are smooth bats with good feel (especially the X1) and a big barrel face.

(If you are looking for more details and pictures on the Adidas EQT Bats, try this 2015 Adidas EQT Review.)

Of course questions remain. Is Adidas coming out with a youth and senior league line? Probably is my guess. Can we expect a two piece composite bat? Probably not anytime soon. Will future iterations keep the understated look? Hopefully. How will a bat from a company known better for soccer shoes be received in a highly competitive metal baseball bat market? My guess is surprisingly well. Is Adidas committed to the long haul in the metal bat space? Sounds like it. Will they ride the EQT name into the next several generations as the company finds ways to improve it? We can pray for it.

There is definitely much to be determined, but this much we know: Adidas, it turns out, now makes metal bats. And anyone who knows anything knows that.