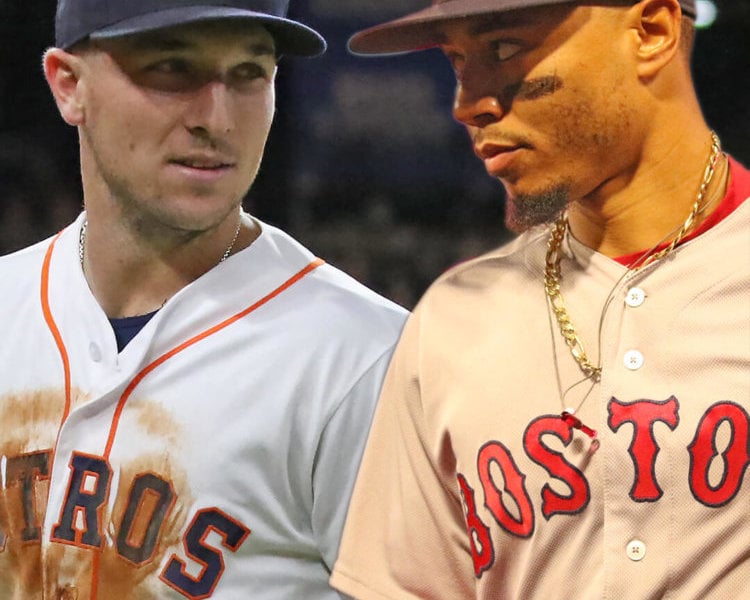 When the Astros and Red Sox meet in Boston in the ALCS, there promises to be a lot of fire power. Their 211 combined wins is the second-most for any postseason matchup ever, and both teams outscored their Divisional opponents by sizable margins. More importantly, though, as far as we’re concerned, is what they’ll be wearing. Both teams feature big names with big deals.  Here’s what to expect.

The Astros’ uniform set is one of the best in all of sports. I could discuss every single player on this team because not a single one fails to bring the heat.

Martin Maldonado is an absolute defensive whiz, and if the All-Star game was decided on gear alone, the 2017 Gold Glover is my starter, hands down.

Thanks to @allstarsportinggoods for always keeping me fresh

Machete’s All-Star swag is infinite. He wears an All Star CM3000 glove, which you can get here. The 2017 MVP, Jose Altuve, is a premium player, and his swag is unmatched. From the Franklin Powerstaps, to the clean custom New Balance 4040v4’s, to his Wilson A2000, Jose Altuve kills it. You can get his game model here. Altuve’s gear has details that mortals can’t get, including the MVP detail on the hand. Carlos Correa is one of Adidas’ top athletes, laced with player exclusive Boost Afterburner Vs and tons of off-field three stripes swag.  Correa picks it with his own 11.75 Wilson A2000 CC1, which you can get here.

Correa has been swinging it with some fresh navy and orange Adidas adizero 4.0 gloves and a Victus bat. The gloves will be available November 2018.

If you’re seeing this … it’s too late. #ALDS

Here’s the full Alex Bregman commentary about the #Astros and primetime games. So much swag. pic.twitter.com/iaaO5OgB0y

Alex “Prime Time” Bregman has been putting Easton on the map, coming in hot with a .926 OPS during the regular season, adding a .556 batting average and 2 dongs while sweeping the Indians. We’ve seen him cycle through different brands, but it looks like he’s settled on Nike Alpha Huarache Elites in a clean white and orange colorway. He’s been rocking an assortment of Easton Walk-Off batting gloves through out the season. The orange ones really pop, and they’ve been getting it done for Bregman, too. We’ve also seen him go through various Easton models in the field, but you can purchase this exact D32AB in the photo above. A major proponent of the Axe handle, George Spring swings a Victus MB50 with Nike Huarache Elite Batting gloves in a simple white, navy and orange colorway that matches the ‘Stros uniforms perfectly.

You can’t keep these Astros down for long.

He launched 3 more Springer Dingers against the Indians in the new Nike Lunar Vapor Ultrafly Elite 2s.  We recently compared these new Nike cleats to soccer cleats. From a performance perspective, it’ll be interesting to see how that translates to the field. Part of the allure of soccer cleats, though, are the bright colors, something MLB’s uniform restrictions don’t really allow. These leave me wanting more. Future Hall of Famer Justin Verlander had another damn fine season with his Rawlings 12.5″ Basket Web.

Dallas Keuchel was rocking the new Huaraches along with a bright Orange version of the Rawlings Pro Preferred PROS206-4BN he won a Gold Glove with.  No pitcher’s got a better on-field fit than Kid Keuchel. Along with Maldonado’s, here’s our first look at the new Alpha Huarache 2 as a custom: Marwin Gonzalez (above) and Yuli Gurriel (below) courtesy of Soto Customs. Gonzalez’s feature a lightning bolt pattern; electric cleats for an electric player.

Gurriel’s show a little more orange, complimented by a gator pattern on the toe.  All Nike athletes have been taking to these Alpha Huarache 2 cleats in the playoffs.  Shop the playoff pack (and other colorways) here.

The Red Sox feature plenty of firepower of their own. Though some guys keep it simple (looking at Rafael Devers, Sale, JD Martinez, and JBJ), the Sox feature some of the best gear in all of baseball.

That moment when you become the go-ahead run (Thanks, JBJ!)

Ian Kinsler has some of the best PE’s in baseball, going with the Alpha Huarache Elite Lows.

Brock Holt might have stolen the show, hitting for the cycle in Game 3, but its Kinsler’s Nike SHA DO glove that is the real showstopper. Xander Bogaerts’s Rawlings DJ2 H-web is one of the prettiest gloves of 2018. Camel and red is just a classic combo that jumps off the screen. Get a similar custom NP4 here.

He rounds it out with all red Franklin Powerstrap batting gloves and white Adidas adizero Afterburner Vs. He’s also got some more fancy makeups of the ABVs that you can view here.

Can Mookie, Benny and the #RedSox go up 2-1 tomorrow in the #ALDS? #TeamWilson

Andrew Benintendi has been rocking the new Under Armour Yards in a solid red, navy and white colorway that goes perfectly with the Sox’s uniforms. He also has a beautiful A2000 YP66. He games a Y-Web and is breaking in an H-Web, but either way: FLAT OUT STUNNER. Let’s be real though: Mookie Betts takes the cake when it comes to the gear. He’s a Jordan Brand athlete, which we all know puts him in a different class.

The likely 2018 MVP has all kinds of Jordan 9 PEs. The return of Jordan batting gloves has been a boost to Mookie’s swag as well. Though they are simply a re-brand of the Huarache model, the Jumpman is a status symbol. We’d be smiling too.

THE HYPE IS REAL

J.D. Martinez keeps it very simple. After starting the year with Under Armour gloves, he’s now in the Franklin Powerstrap. He is a veteran hitter who has zero tolerance for distractions, so its entirely about function for the Triple Crown threat. How pissed does he look to have to take this photo (for the Adidas Icon 4 Splash pack)?  LOL.  Sale knows the heat is not gear-dependent. 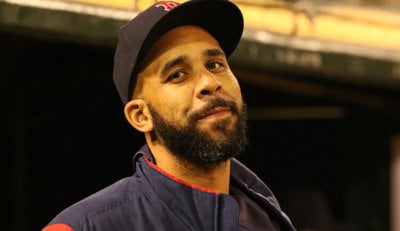