If you are familiar with metal bats then you are also familiar with metal bat hype: composite, alloy, two piece, one piece, hybrid, stiff flex, swing weight, etc, etc, etc. There is very little data comparing one metal bat to another by way of performance. In addition, marketing hype gives little hope when getting to the bottom of this oft asked question: What is the Best Bat?

Now that the 2014 NCAA World Series is over, and we’ve been able to track the progress of each bat brand during the entire tournament, we can at least have some objective evidence when considering the best metal bat brand of the 2014 NCAA World Series tournament. There were four major bat brands used in the tournament: DeMarini (38% of plate appearances), Louisville Slugger (22.5%), Rawlings (20.5%), Easton (19%).  We’ve compiled the data per team, taken out the teams which use multiple brands (which aren’t many due to sponsorship), aggregated their stats by bat brand and made some comparisons which we think are noteworthy.

You can read the entire report and analysis here at justbatreviews.com. Below is a good overview.

DeMarini has done a fantastic job of getting it’s bats in the hands of College Players. Vanderbilt, the winners of the 2014 NCAA World Series, swing DeMarini. Nearly 2 of every 5 plat appearance in the entire tournament (including regionals) was a DeMarini brand with the likes of the of CF6, Overlord, Paradox and what we thought were some Insane at the plate.

Louisville Slugger came in at 22% of plate appearances in the entire tournament (including regionals). The Attack and RAID were commonplace at the plate. There were a couple of hitters where we thought for sure we saw the new 915 Prime. Louisville Slugger was a best at the plate–dropping bombs with huge frequency compared to the other bats.

Easton was 19% of plate appearances with the MAKO, XL1, and S1 getting tons of chances to prove their worth on the highest level of aluminum bat play in the world. Our eyes may have deceived us once as we were sure we saw the 2015 MAKO Torq at bat at least one time. By nearly every measurable statistic Easton was a superior bat in the 2014 NCAA world series (OBA, AVG, OPS, GPA, etc).

Rawlings also received a lot of play at the plate in the 2014 NCAA World Series. About 1 out of 5 times, the batter’s box had in it a Rawlings bat. The Trio, 5150, and Velo were most common. We were also pretty sure we caught a glimpse of the Rawlings Machine at the plate. However, Rawlings didn’t fair very well this tourney and their highlight came in a 2nd place finish with University of Virginia. The bat did lead hitters in the best contact percentage (the opposite of strike out percentage) but it didn’t lead to the base hits, RBIs, or Home runs that the other three bats dominated in.

(If you are looking to purchase any of these bats, here is a blog post discussing where to find baseball bats for sale). 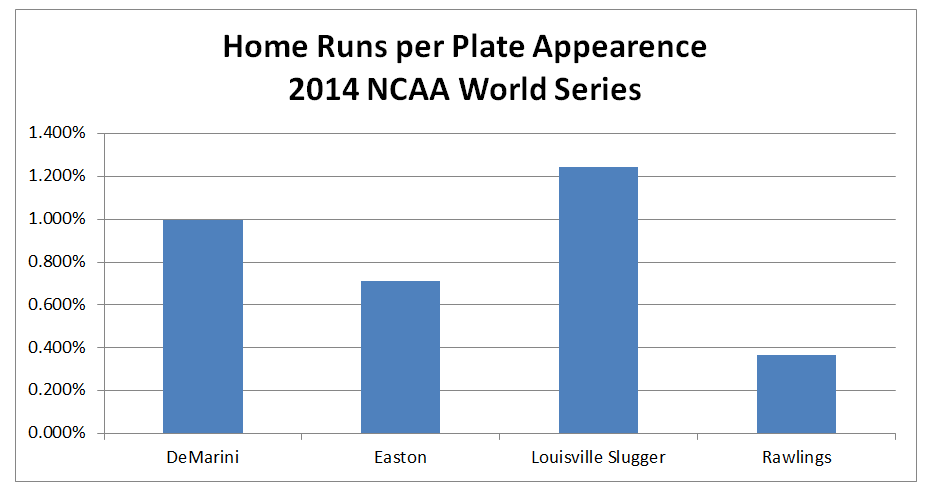 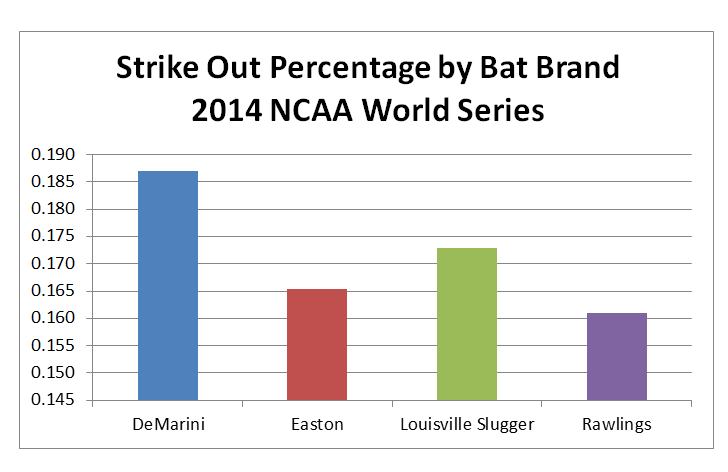 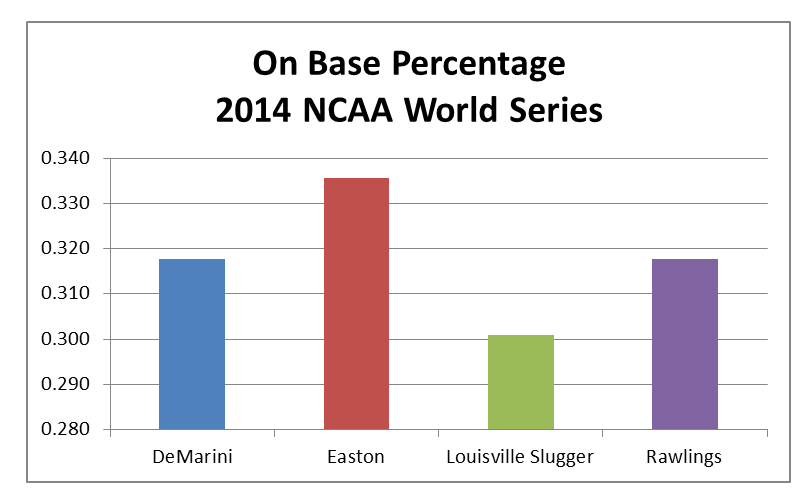 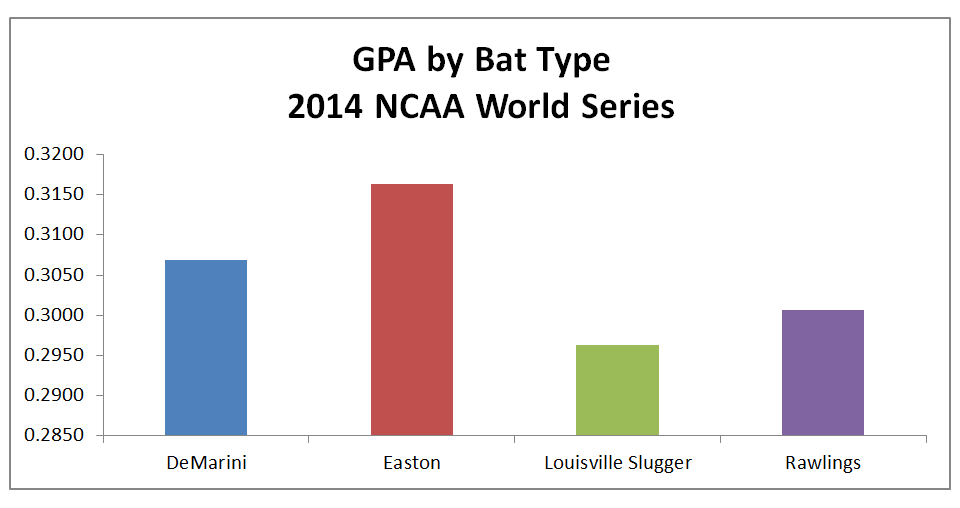