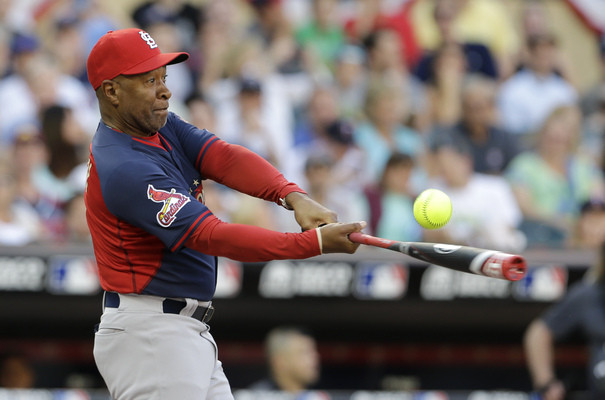 It is not every day you get to see the best short stop to ever play the game pick up a metal bat and take a couple of hacks. The 2014 All-Star Legends and Celebrities exhibition softball game the day before the 2014 MLB All-Star Game,  however, gave us just that chance. Ozzie Smith, 13 time consecutive winner of the gold glove, got to the plate and what did he swing? None other than the three-piece composite baseball bat from Lousiville Slugger 915 prime.

Louisville Slugger released the three-piece composite 915 Prime for the NCAA college world series this year. That was just a month ago. The fact it made it from that venue to the Wizards hands  by the All Star game must prove something of its worth. The  bat comes with its Tru-3 technology which puts a graphite shaft inside the connective piece of the handle and the barrel.

In theory, this allows the bat to control vibration in the hands yet still deliver a pop at the plate. The bat is new enough to not have many reviews, but there are a few insightful reviews on the 2015 Louisville Slugger 915, 715, and 515. It appears the bat is the newer version of the 2014 Louisville Slugger Attack which, in my opinion, was near the top of the list for 2014 bats.

What Ozzie doesn’t appear to know (or care about) is that the Louisville Slugger 915 is a baseball bat–which have much less pop than a softball bats. Further it is the BBCOR version of a bat which, by its allowable nature, has less trampoline effect than the allowable 1.20 BPF that softball bats get. This may be the explanation for him needing to beat out a few grounders to short during yesterday’s game.

But when looking for a metal bat for the 2015 season, how could you go wrong choosing the same bat as a 15 time all star, 13 time gold glove winner, first ballot Hall-of-Famer, all time leader in double plays and put outs. They don’t call him “The Wizard” just for the backflips. 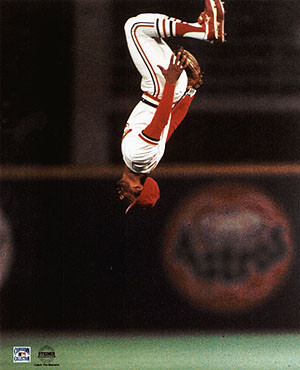