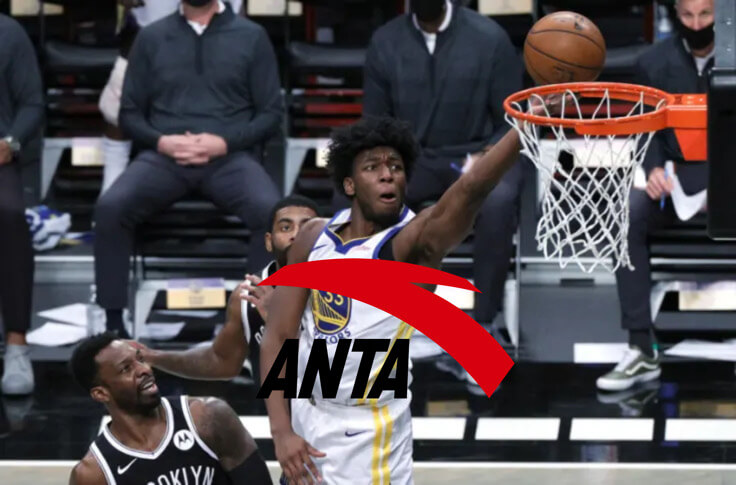 The most hyped player in the draft finally has a sneaker deal, with James Wiseman inking a deal with Chinese Brand ANTA.

The 2020 NBA Draft was a strange one for sponsorships, as many top picks didn’t go into the biggest night of their life with a shoe deal. Wiseman was one of the bigger names that night, having been a projected number 1 pick despite barely playing at Memphis before the NCAA ruled him ineligible.

The #2 overall pick had been rocking the Nike Kobe 6 Protro prior to this signing, before a switch-up on February 26, 2020 to the ANTA KT 5.

Wiseman will reportedly rock the yet to be revealed ANTA Project Z-Up line in the future, although we’re likely to see him in the most recent KT 6 for the immediate future.

The young Golden State Warriors star is averaging 12.3 points and 5.8 rebounds a game in his rookie season thus far.