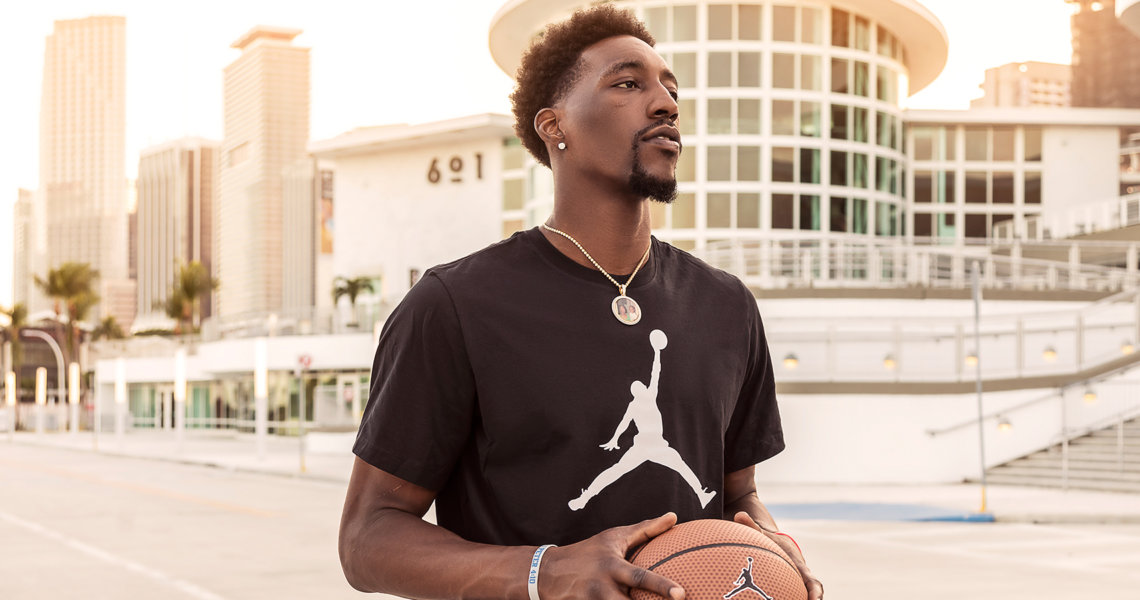 The Miami Heat All-Star retires his Nike Kobe sneakers after switching over to the Jordan Brand.

The 23-year old Adebayo adds back a Jordan endorser to the Heat roster after teammate Jimmy Butler decided not to re-up on a contract, eventually signing with Li-Ning.

Adebayo often rocked J’s prior to this signing, stating that his favorite pair was the Air Jordan 11. Early in his career, he would rock this sneaker with custom detailing, like on this South Beach Heat AJ11:

Prior to rocking Jordans, Adebayo was wearing Nike Kobe 5 Protro PEs early this season and in the NBA Bubble. Bam then started wearing the Jordan 35 before opting to stick with the Jordan React Elevation.