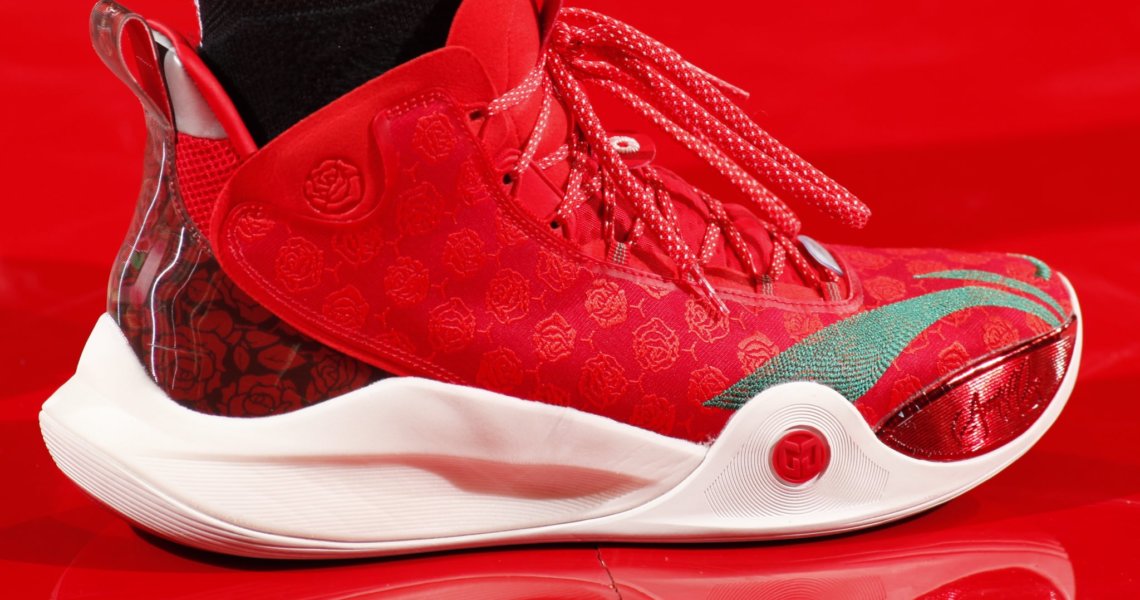 Last night saw the return to action for the Portland Trail Blazers’ CJ McCollum after two months on the shelf with a fractured foot. The Blazers guard make sure to come back in style, debuting his new signature shoe in the Li-Ning CJ 1.

The sneaker features the Lehigh guard’s new logo as well, a simple play on his initials:

This first colorway features features red roses embossed throughout the upper, a nod to Portland’s nickname as the Rose City. No technology has been announced but CJ’s past Li-Ning sneakers have featured LightFoam. This includes the YuShuai 13 and Sonic 7 styles.

McCollum has been endorsed with Li-Ning since 2017, signing a 5-year deal after his Nike contract expired. This is the 2nd signature line from Li-Ning’s basketball division since the Way of Wade line. Previous signature athletes from the Chinese brand include Evan Turner as well as Baron Davis.

Li-Ning has added new athletes in recent years including D’Angelo Russell and Jimmy Butler, with the latter expected to receive a signature line soon.

The Li-Ning CJ 1 is expected to release later in 2021. Stay tuned to What Pros Wear for more info, including tech specs, once it becomes available.