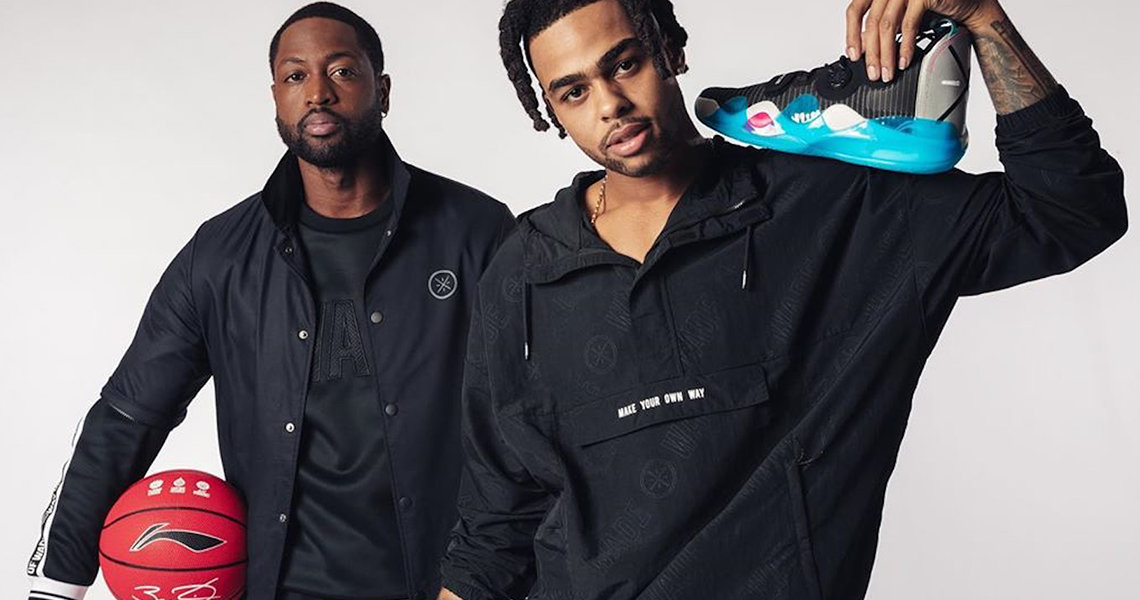 After flirting with Puma, adidas, and Nike, D’Angelo Russell signed a new sneaker deal with Li-Ning and Way of Wade.

DLoading officially became a sneaker free agent after the 2018-19 season, with Russell wearing footwear from the aforementioned brands. D’Angelo previously wore Nike footwear including the Paul George signature line prior to his Li-Ning deal. The writing was on the wall when Russell started exclusively rocking the Li-Ning Wade All City 8 in the preseason.

Dwyane Wade himself broke the news on his Instagram, with Russell posting soon thereafter.

“My Belief Is Stronger Than Your Doubt” 7 years ago, I decided to do the unpopular thing – leave the shoe company I was with to sign with @lining.official! I wanted to show the next generation of young people, especially athletes, that it’s not just one way of doing things. I had a chance to build my own brand inside of Li-Ning called Way of Wade, and to have a Global platform that gives future athletes a canvas to create and be expressive. Our motto from day one has been: Make Your Own Way. My decision 7 years ago was for moments like today. I’m excited to announce I’ve just signed my first signature athlete – D’Angelo Russell. @dloading is the perfect player and person to continue the work that I started with @wayofwade. So @dloading here’s to making your own way…and thank you for believing in us. 🥂 #MakeYourOwnWay

The former number 2 pick cited his idolization of Wade’s game growing up as a reason he signed with the brand. D’Angelo joins fellow NBA players Evan Turner and C.J. McCollum as Li-Ning endorsers. Russell will be rocking the Li-Ning Way of Wade 7 for the 2019-20 season, which can be found HERE.