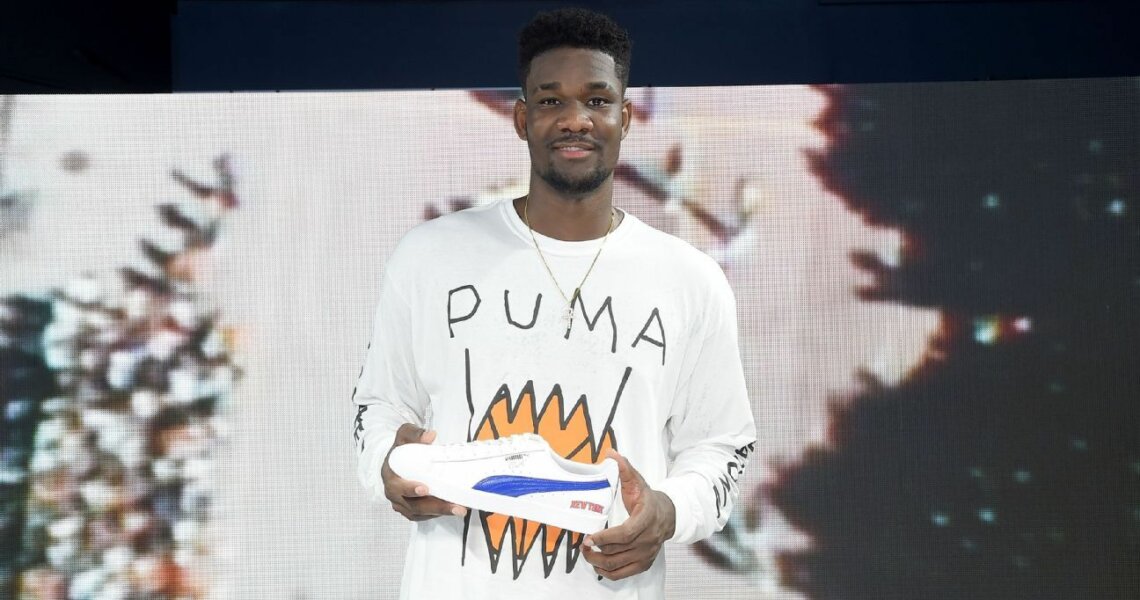 While Deandre Ayton didn’t get the player extension he wanted this past summer with the Phoenix Suns, he did re-up on a sneaker deal with Puma. Financial terms have not been disclosed, although the deal is said to be for multiple years. The deal is said to make Deandre a top 3 highest-payed center when it comes to endorsements.

“It’s pretty lit. It’s truly a blessing as well,” Ayton told ESPN. “Growing up in the Bahamas, the first brand really that I wore was Puma… A guy like Usain Bolt, who I looked up to as a star of the Caribbean and the face of the Caribbean when it comes to sports, that’s the only thing that he was repping. Puma was everywhere.”

Deandre will continue to be a face for Puma’s latest sneakers like the Court Rider, which has been the Suns big man’s favorite for the 2021-22 season. Ayton also had Puma agree to a part of his deal going to his community. In the past, Ayton has helped families go on shopping sprees as well as take food donations during the holiday season.

Ayton first signed with the German company in 2018, when Puma made a surprising return to the basketball sneaker space. This was after almost two decades away from endorsing NBA players. Puma made a splash during that year’s NBA Draft signing Ayton alongside Kevin Knox, Marvin Bagley III, and Michael Porter Jr. These players are still with the brand alongside high profile players in Kyle Kuzma and LaMelo Ball.