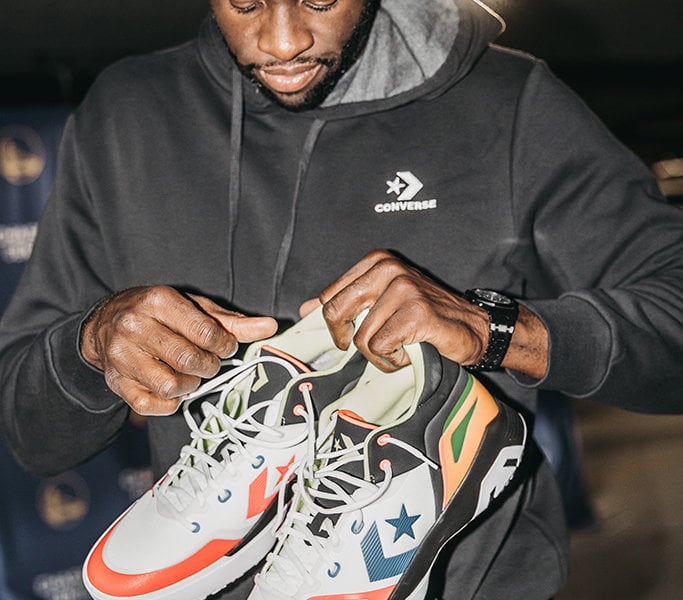 In a surprise deal, Golden State Warriors star Draymond Green has ditched his Nike swooshes for Converse stars in a new sneaker deal.

KeNike has owned Converse since 2003, with Green essentially switching sneakers within the same company. According to ESPN, this new contract is in the multimillions and is for multiple years. This will make Green the face of Converse’s reinvigorated performance basketball division.

Green rocked the Nike Hyperdunk X prior to his new Converse deal. The injured Dubs star debuted the new Converse G4 on the bench during a recent game against Toronto.

The G4 takes inspiration from Converse’s most classic 1980s-era designs. It features Nike technologies such as React cushioning in the heel and bouncy forefoot Zoom Air. The Converse G4 will release in both high and low-top cuts later in the spring.