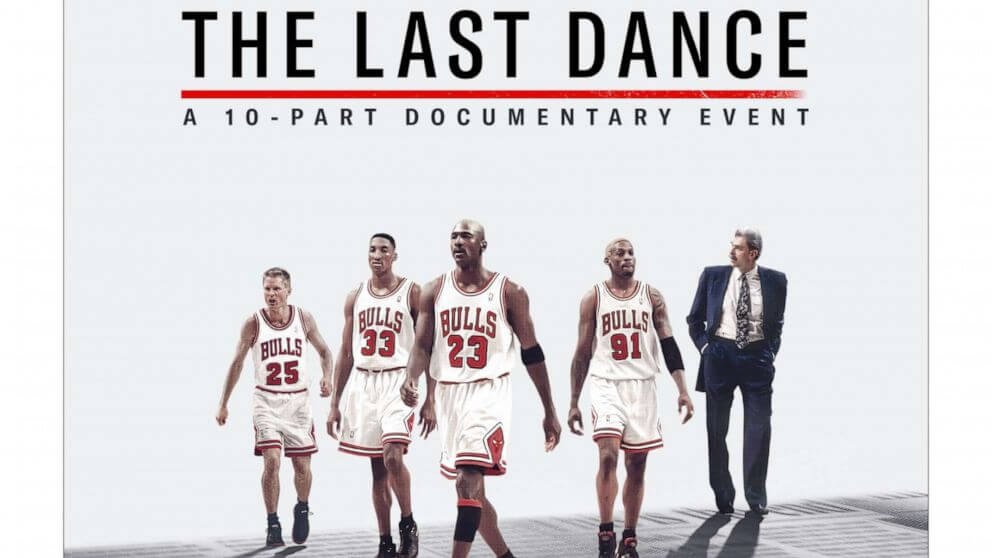 Every Sneaker Worn in The Last Dance: Episode 1 & 2

The Last Dance takes a never-before-seen look at the last season of the Chicago Bulls dynasty. The first two episodes released on April 19, and spotlighted the likes of GM Jerry Krause and Hall of Famer Scottie Pippen. Much of the ESPN series is devoted to Michael Jordan though, and you can’t mention MJ without his kicks. Take a look below at all of the sneakers that was visible in the first two episodes of The Last Dance.

One of the more prominent sneakers we saw was the Air Jordan 13. This was the game shoe for Michael Jordan during the 1997-98 season. The AJ13 first appeared when Mike has the mic before the Bulls home opener, telling the Chicago crowd about striving for championship number 6.

The white and black “He Got Game” colorway worn throughout the episodes was given that nickname by the sneakerhead community due to its inclusion in the Spike Lee movie of the same name. Denzel Washington played Jake Shuttlesworth in the film, who buys the colorway after leaving prison.

The sneakers were also worn by Michael’s sons in the doc. Jeffrey and Marcus laced up kid versions of the Jordan 13 during a preseason trip to Paris for the Bulls.

You can find the Air Jordan 13 at StockX, GOAT, Flight Club, Stadium Goods, and DicksSportingGoods.com.

Time jumps play a big part of the first two episodes, and the first flashback goes back to Michael Jordan’s rookie season. In one scene, MJ is emptying out his bag and bright red sneakers are featured with the Air Jordan 1 (seen with black) and Nike Air Ship (seen in white and red.)

The Jordan Brand as a whole was launched off of the perception that the Air Jordan 1 was “banned” by the NBA for having too much red. There is a little gray area in this thought, as MJ wore the Nike Air Ship prior to the AJ1 in his career. Not much 1985 footage of the either shoe is on the Internet, so this brief shot is an interesting glimpse at Mike’s early footwear.

The remaining footage with the Air Jordan 1 features the “Chicago” colorway. This includes shots of his foot injury. The tooling was changed after his return from injury, with a Jordan 2 and Nike Dunk sole used for support. Mike showed out in his modified AJ1, scoring at will against the mighty Boston Celtics in the first round of the Eastern Conference Playoffs.

You can find the Air Jordan 1 at StockX, Eastbay, GOAT, Flight Club,Stadium Goods, and DicksSportingGoods.com.

You can find the Nike Air Ship in the Air Jordan New Beginning’s Pack at StockX and GOAT.

Speaking of Jordan’s injury, there was one shot of off-court sneakers that the GOAT rocked that had sneakerheads scratching their heads.

The obscure basketball shoe is the Nike Air Enterprise, which originally released in 1985 and hasn’t dropped since. The upper looks similar to that of the Air Force 1, while the outsole shares design patterns with the Air Jordan 2.

Another callback in the doc was to Michael Jordan’s time at the University of North Carolina. This examined Mike’s drive to win, exemplified by his 1982 NCAA Championship game-winning shot.

The Converse Pro Leather Mike rocked in the game and most of his college career can be found at Converse.com, StockX, and GOAT.

Back on the topic of injuries, Scottie Pippen’s ruptured tendon played a huge part of episode 2 of The Last Dance. Pippen didn’t feel appreciated from constant trade rumors and being underpaid. Because of this discontent, he decided to postpone his surgery until after the summer leading into the 1997-98 season. In one shot, Scottie could be seen rehabbing in the regular season wearing the Nike Air Pippen 2.

You can find the Nike Air Pippen 2 at StockX and GOAT.

Whether an Easter Egg or random b-roll footage between shots, the Air Jordan 11 “Concord” appeared briefly in The Last Dance at the Bulls practice facility.

You can find the Air Jordan 11 at StockX, GOAT, Flight Club, and Stadium Goods.

The ultimate b-roll shot occurs about 1:28 into the documentary, where the camera crew gets a close up of current-day Michael Jordan. This includes shots of his cigar as well as the unknown Jordan low-top seen above.

The sneaker features the midsole of the Air Jordan 1, with a leather upper reminiscent of a Nike Blazer Low or adidas Stan Smith. The heel appears to utilize the wings logo that is prominent on the Air Jordan 1 and 2.

According to @SneakerDave on Twitter, this is an unreleased sneaker that likely only Michael owns. What. A. Flex.

UPDATE: The Jordan Brand has confirmed that this shoe is the Air Jordan 1 Centre Court, which has never released to the public.