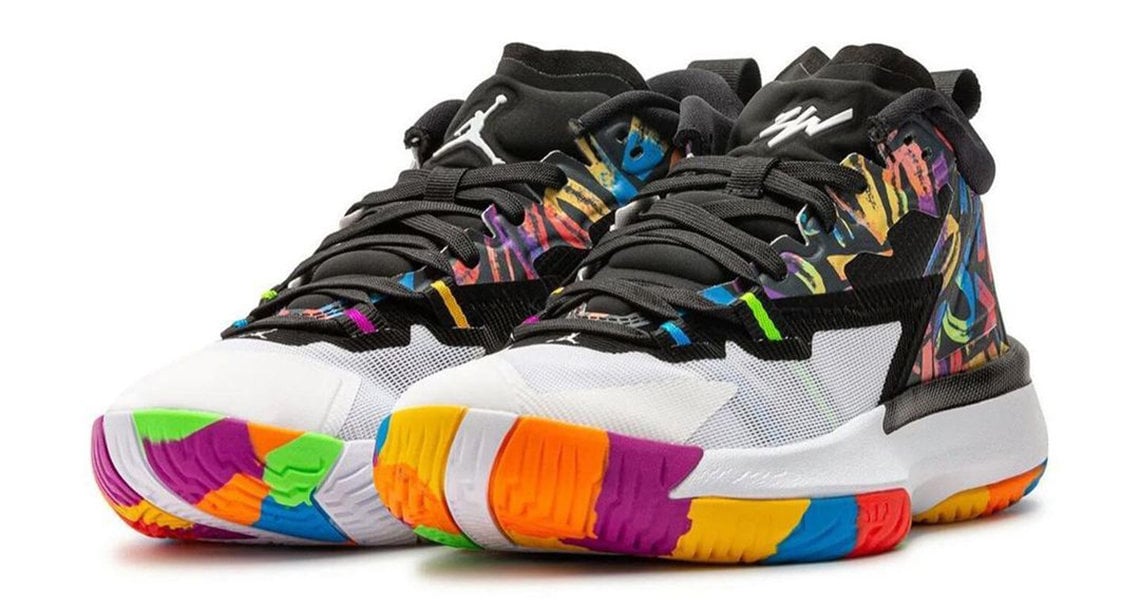 After a year and a half in the league, Zion Williamson’s signature sneaker looks to be coming soon.

This multicolor version of the Jordan Z Code just leaked, with his name spelled out all around the mid-panel leading to the heel.

The Z Code boasts an aggressively protrusive outrigger, which should support Zion’s explosive lateral movements. The Z Code notably features two new logos for Zion on the tongue and heel.

The tongue showcases a ZW tag, while the heel has his full name with the I going through the O.

The multi-directional traction has some hidden easter eggs, including a shoutout to his mother Sharonda, as well as words like “coach.”

The technology on the shoe isn’t publicly known, but we’ll be here to update you once official info drops. According to the Foot Locker Europe calendar, the Z Code will being releasing on April 23rd.

Zion has been one of the faces of the legacy Jordan line, wearing the Air Jordan 35 this season and debuting with the Jordan Brand in the Air Jordan 34. He reportedly signed a 7-year, 75 million dollar deal in 2019.