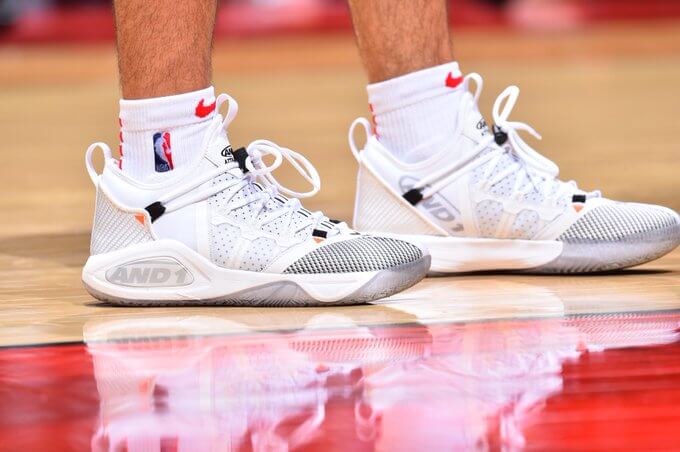 From undrafted to champion to sneaker endorser: Fred VanVleet secured the bag with a new endorsement deal with AND1.

The 25-year old started his career after signing a deal with the Toronto Raptors. This after not hearing his name called in the 2016 NBA Draft. The 6’1″ point guard played a key role in leading the Raptors to their first NBA championship in 2019. This includes a 22-point performance in the ring-clinching game 6 against the Golden State Warriors.

AND1 previously endorsed streetball legends like Stephon Marbury and Rafer Alston. Former Raptor Vince Carter rocked the AND1 Tai Chi in his memorable 2000 Slam Dunk Contest. In 2018, Kevin Garnett signed on as Creative Director and Brand Ambassador for AND1. This after KG had two signature shoes with the brand 15 years prior.

VanVleet has been rocking the AND1 Attack 2.0, which features the soft and supportive Harmonix RX cushioning.