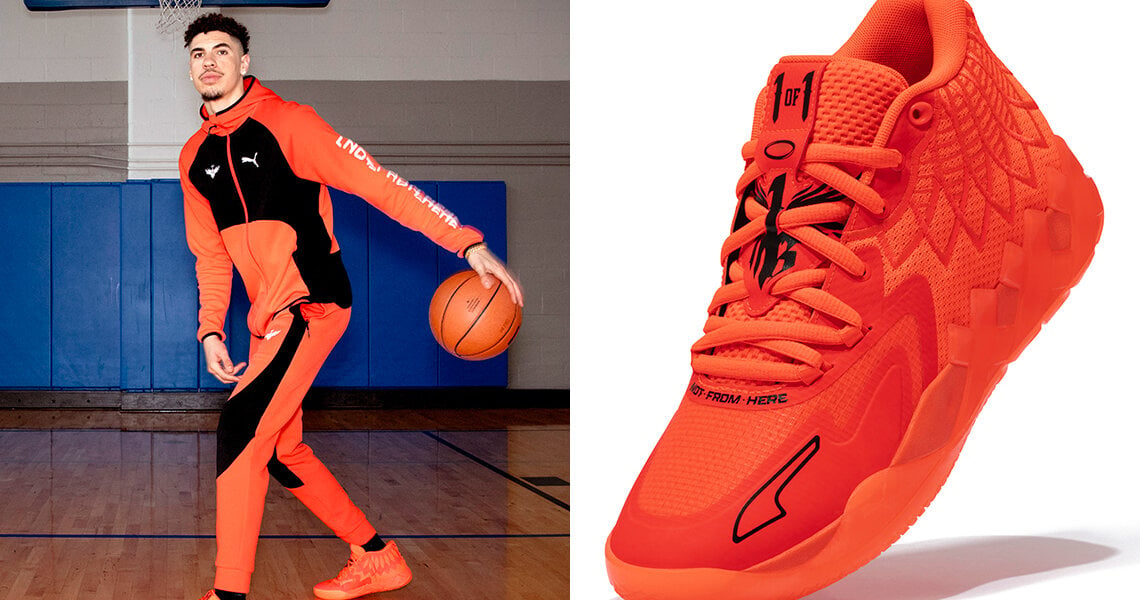 After teasing the sneaker this past summer, LaMelo Ball’s first signature model with PUMA is officially unveiled.

LaMelo was thoroughly involved in the process of designing his signature shoe, with a lot of the designs on the upper coming to life via 3D printing on top of the breathable Monomesh.

PUMA’s latest and greatest Nitro Foam is used in the midsole for responsiveness and comfort. The unique traction pattern is made of non-slip a rubber compound that should enhance traction on-court.

Ball was one of the first players to be signed in the 2020 NBA Draft, signing one of the largest deals ever for a PUMA athlete rumored to be north of $100 million. Prior to LaMelo, PUMA didn’t have a signature NBA player since the company’s 2018 relaunch of their basketball division. Musician J. Cole did receive his own signature called the RS Dreamer, and Kyle Kuzma did have a limited line of apparel.

The Puma MB.01 will release in December 2021 for $125 USD in the all-red “Not From Here” colorway. You can sign up to get notified when they drop on the PUMA site HERE.