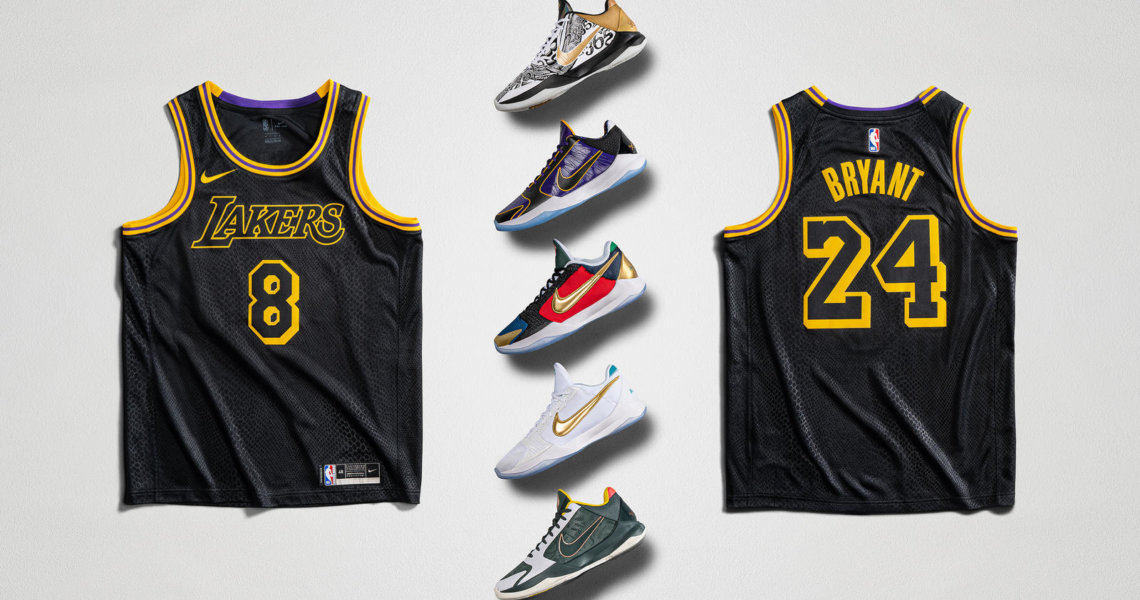 After the tragic death of Kobe Bryant in January, Nike held off on releasing any Kobe signature sneakers. The swoosh reportedly cleared out their inventory as well to not profit off of the Black Mamba’s death.

Nike did release the Mamba Fury team shoe on their site this month, but have finally confirmed that Kobe sneakers will be returning soon. This is to coincide with “Mamba Week” starting on Kobe’s birthday on August 23rd. The week sees high heat releases of a handful of Kobe 5 Protro colorways, as you can see below.

The white, black and gold Nike Kobe 5 “Big Stage” will release on this date, with tattoo detailing showcasing Bryant’s many accomplishments.

Mamba Day will also see the release of a double number Kobe jersey, with number 8 in the front and 24 on the back. The black jersey also features a sheen of snakeskin to honor the Black Mamba.

A few days later on August 27, Undefeated will release their annual Nike x Kobe Protro collab. The Kobe 5 Protro x UNFTD pack will feature two colorways based off of the teams that could’ve gotten Kobe Bryant in the 1996 draft. A “What The” style colorful version will utilize colors from all 12 teams that passed on the 13th overall pick. The other sneaker in the pack will use white and gold, as well as Charlotte Hornets teal to memorialize the Hornets trading Kobe to the Lakers on draft night.

Finally, we have the Nike Kobe 5 Protro “EYBL” in women’s sizing. Before his passing, Kobe was helping his daughter Gianna and other girls reach their basketball potential. The Elite Youth Basketball League symbolizes this dedication, providing a platform for AAU high school teams to face off against the best players in the country.

The green upper is inspired by Medusa, a mythological female figure that could turn men to stone with just one look. This girls Nike Kobe 5 Protro will release on August 29.

On that note, Nike remains committed to Kobe’s dedication in teaching young girls to hoop:

As a part of championing Kobe’s legacy, the Nike Foundation will make a $1 million donation to the Mamba and Mambacita Sports Foundation in memory of Kobe and Gianna. The foundation, whose mission is to make a positive impact through sports, will use these funds to further Kobe’s goal of keeping kids active and putting them on a path to success in life. It specifically focuses on kids in underserved communities who may face financial barriers to sport and on providing equal sport opportunities for girls.

See these items at Nike.com.