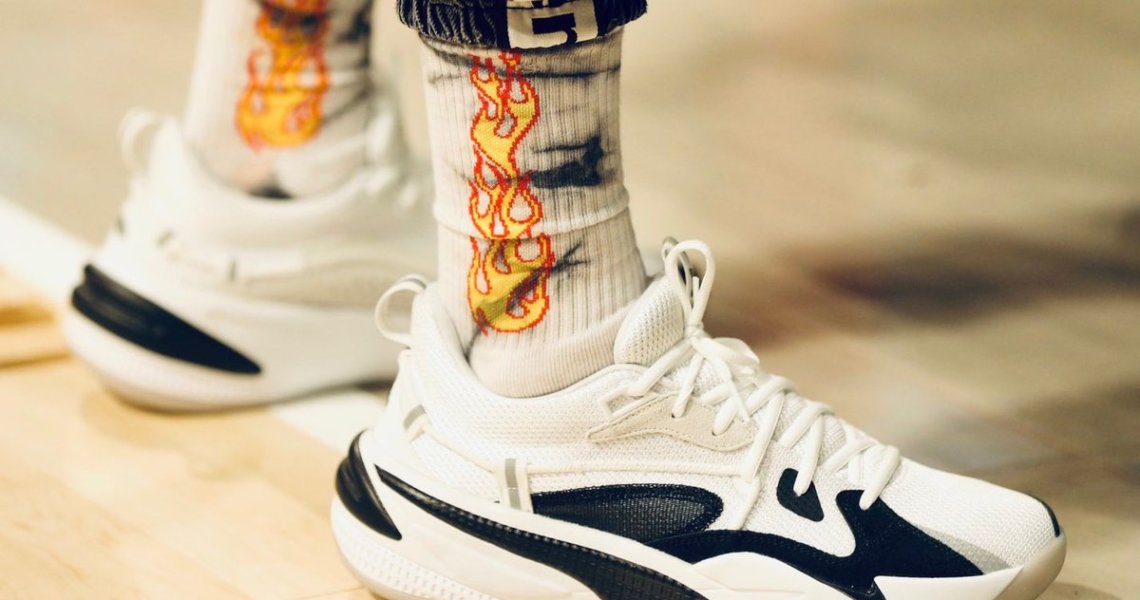 The North Carolina rapper originally debuted his signature sneaker in February, rocking the Puma RS Dreamer during the 2020 All-Star Weekend. Cole had worn Pumas for the year, but officially signed an endorsement deal in February.

The partnership was kicked off with a video explaining the ethos behind the “Dreamer”:

This past weekend with NBA and WNBA players entering the Orlando bubble saw Puma athletes debut the RS Dreamer on court. Skylar Diggins-Smith, Kyle Kuzma and Marvin Bagley II rocked a multi-color version with during practices and media day.

Puma has made a splash in the basketball sneaker market since re-launching their basketball division in June 2018. The company immediately named Jay-Z the creative director and started signing players left and right. In addition to these bubble players, Puma also endorses Terry Rozier, DeMarcus Cousins, Deandre Ayton, DeAndre Ayton, and Danny Green.

According to the Foot Locker release calendar in Australia, the Puma RS Dreamer will drop July 30th, although a stateside release has not been confirmed.