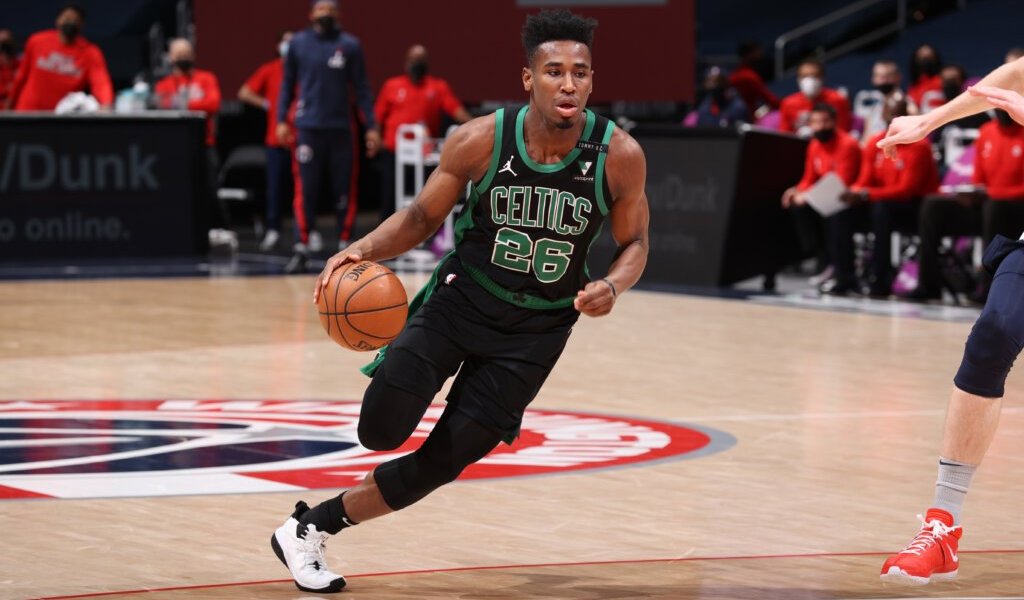 New Balance adds another name to their roster, with Boston Celtics rookie Aaron Newsmith inking a multi-year deal. Financial terms were not disclosed.

The 21-year old wing was drafted 14th overall in the 2020 NBA Draft after a breakout sophomore season at Vanderbilt. Nesmith has averaged 12 minutes a game this year, but has shown promise on the defensive end.

This partnership will look to grow with New Balance based in Boston. The company is also the official partner of the Boston Celtics.

Aaron has made himself a part of the Boston community with the Celtics Shamrock Foundation’s “Playbook Initiative”, which works with kids to talk about issues like race, religion, and gender when in challenging social situations.

Cover image via The Athletic